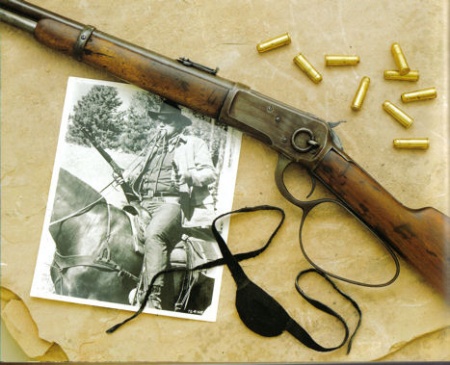 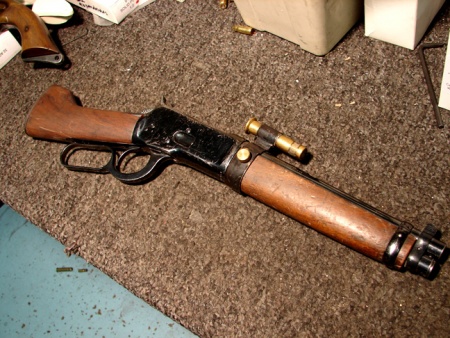 Though some of the Mare's Legs seen in films are cut from original Winchester 1892s, clones built by Marlin, Rossi, and Puma are also seen in chains of commerce. Since the front sight was removed with the cut-off section of the barrel, many examples of the Mare's Leg remove the rear sight as well to lighten the firearm; the sights are not necessary anyway, since the gun is a 'point-and-shoot' close-quarters firearm.