Navajo Joe is a 1966 Italian-Spanish "Spaghetti Western" movie directed by Sergio Corbucci. The film depicts the revenge of Navajo Joe (Burt Reynolds), the only survivor of a massacre in an Indian village, upon Mervyn Duncan (Aldo Sambrell) and his gang of outlaws.

The following weapons were used in the film Navajo Joe:

Various characters carry Single Action Army revolvers (mostly Quick-Draw variant), including Mervyn Duncan (Aldo Sambrell) and most of his henchmen. Some of these revolvers are modern replicas, due to the rear adjustable sights on a few of them.

A close view at Duncan's revolver.

Tim (Antonio Casale), one of outlaws, holds his "Quick-Draw" SAA.

Duncan's "Quick-Draw" SAA is seen on the table.

Another close view at a SAA revolver.

Duncan fires an "Cavalry" SAA revolver in the final scene.

Winchester Model 1892 rifles are used by numerous characters, includig Navajo Joe (Burt Reynolds), Mervyn Duncan (Aldo Sambrell) and most of his henchmen. They are seen both in rifle and carbine variants.

An outlaw with his rifle.

Sancho Ramirez (Álvaro de Luna) and Mervyn Duncan with their Winchesters in the final scene.

Some of Winchester 1892s appear to be Garate El Tigre Spanish version.

One of the outlaws with Garate El Tigre rifle. Note the position of the front sight ahead of the muzzle band.

Navajo Joe (Burt Reynolds) holds his rifle. It is decorated with feathers.

Navajo Joe fires the rifle in the final scene. This is another rifle, taken from an outlaw. 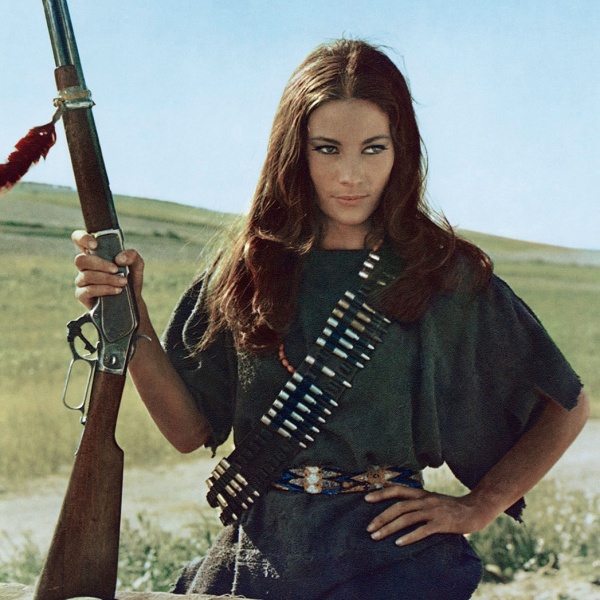 Nicoletta Machiavelli as Estella with the Winchester Model 1873. Likely a publicity photo.

What appears to be a different version of Winchester Model 1894 is used by Navajo Joe in the final scene.

US Army soldiers are armed with Remington Rolling Block rifles.

Soldiers fire their rifles at outlaws during the attack on the train. 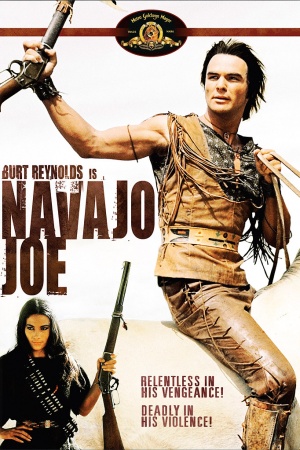