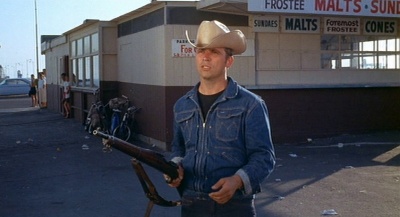 Tom Laughlin points an M1903A1 Springfield in The Born Losers. 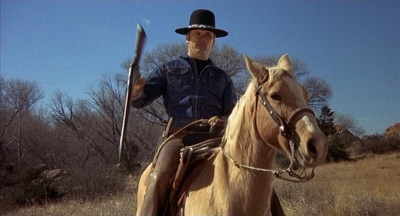 Tom Laughlin (1931-2013) had 38 credits in television and film in a career spanning 1955-1986. He was not widely known until he played the title role in Billy Jack, released in 1971. The film was so successful that The Born Losers (1967), the previous film featuring the character Billy Jack, was re-released. Two sequels were released, The Trial of Billy Jack (1974) and Billy Jack Goes to Washington (1977). Laughlin directed all four films, using the pseudonym T. C. Frank for the 1st, 2nd and 4th film in the series, and Frank Laughlin for the 3rd film. He also produced and wrote several of the films in the series, using other pseudonyms. The fifth film in the series, The Return of Billy Jack remains uncompleted.