From Internet Movie Firearms Database - Guns in Movies, TV and Video Games
(Redirected from The Petrified Forest)
Jump to navigation Jump to search

The following weapons were used in the film The Petrified Forest: 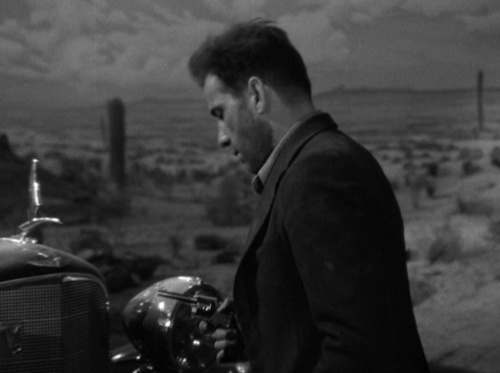 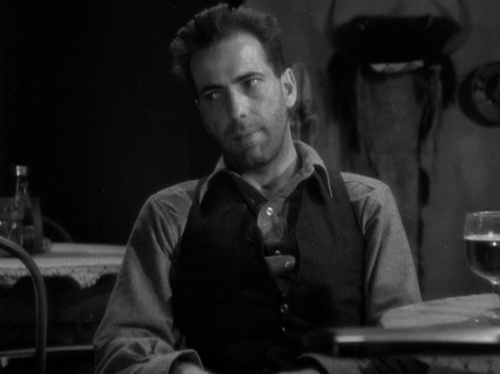 The Official Police grip sticks out of Mantee's vest. 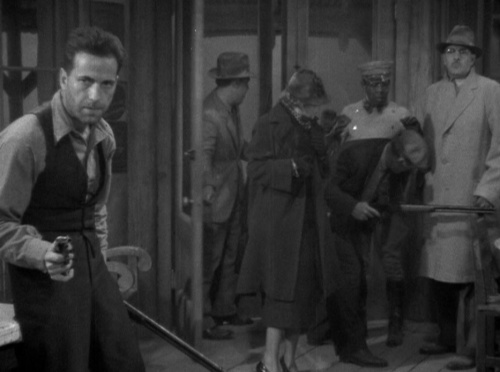 Duke Mantee holds his Official Police on the hostages with a Winchester in his other hand. 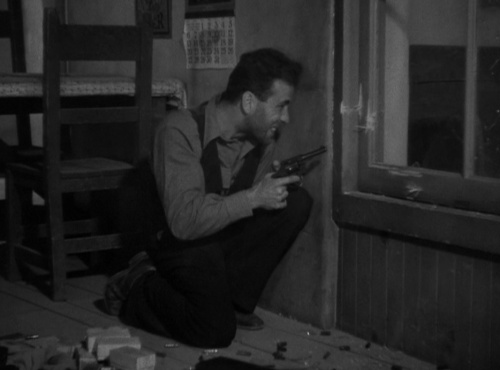 After using up all the ammunition in his Winchester, Duke Mantee begins firing his Official Police at the law outside. 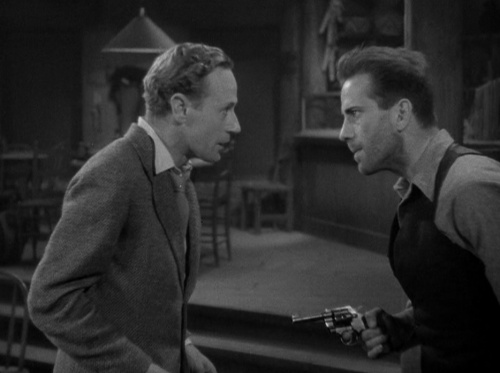 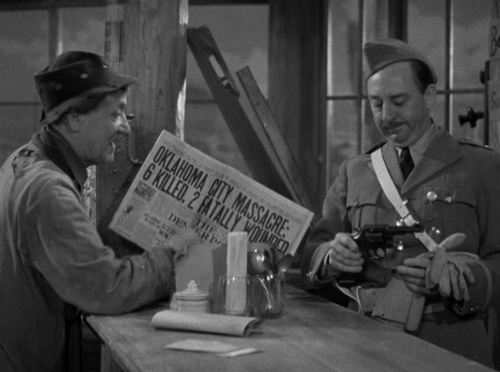 Jason (Porter Hall) pulls out his Colt Official Police while talking to Gramp. 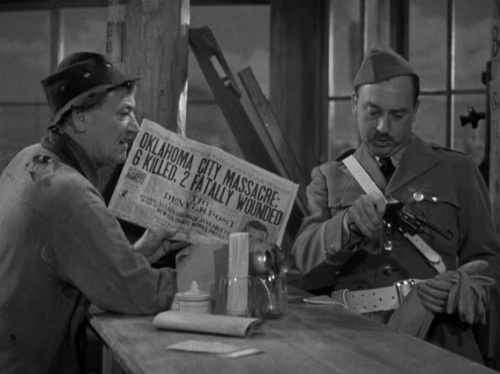 Jason checks the load in his Colt.

The lead lawmen in the Arizona posse carries a Single Action Army. 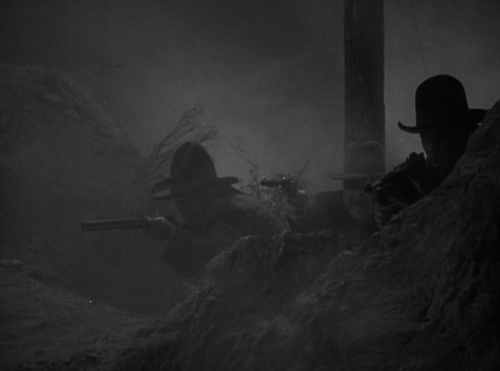 The center lawman, later determined to be a leader in the group, fires a Single Action Army.

One of the Arizona lawmen who shoots at Duke Mantee's bank-robbing gang has a M1921 Thompson. 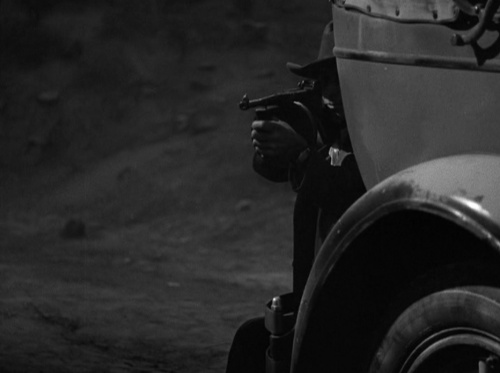 A lawman fires at Duke Mantee from behind a car. 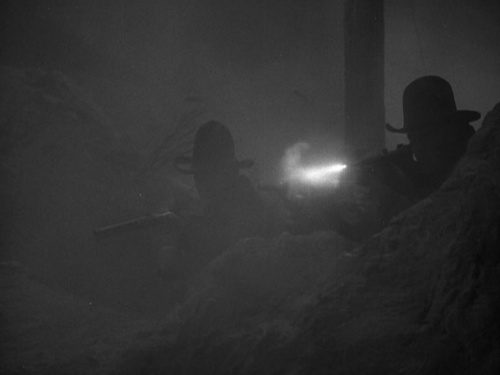 The lawman fires a burst at Duke Mantee.

Duke Mantee (Humphrey Bogart) and his thugs Jackie (Joe Sawyer) and Slim (Slim Thompson) all carry Winchester Model 1892 rifles. Ruby (Adrian Morris) also fires one, even though he had previously been seen with a shotgun as his main weapon. This is not necessarily a continuity error, as it's possible that Ruby may have preferred to use a repeating rifle rather than a double-barreled shotgun during the shootout for tactical reasons. Boze Hertzlinger (Dick Foran) grabs Mantee's in an attempt to gain an advantage. Many lawmen in the Arizona posse also fire Winchester '92s at Mantee's gang of bank robbers. 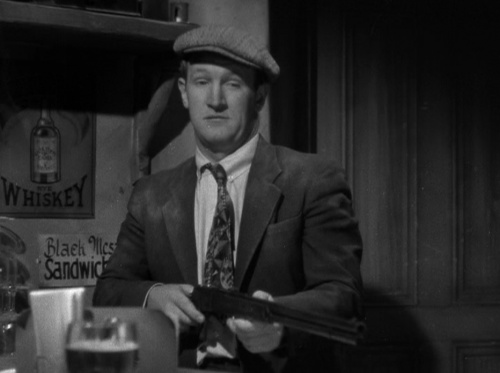 Jackie with his Model 1892 drawn inside The Petrified Forest. 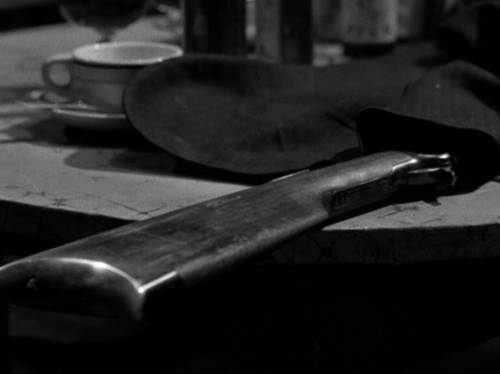 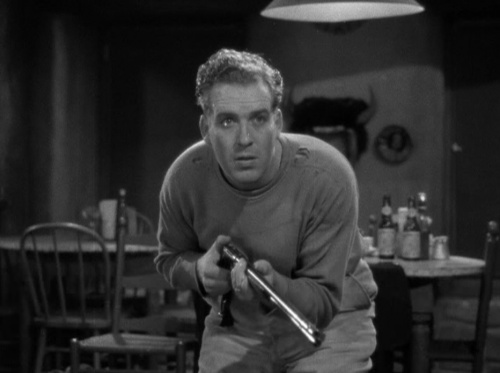 Boze holds Mantee's Winchester on him. 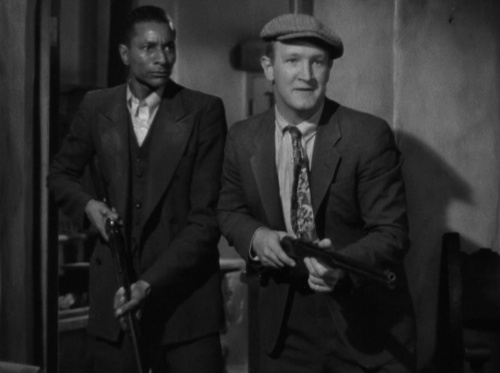 Slim and Jackie with their Winchesters. 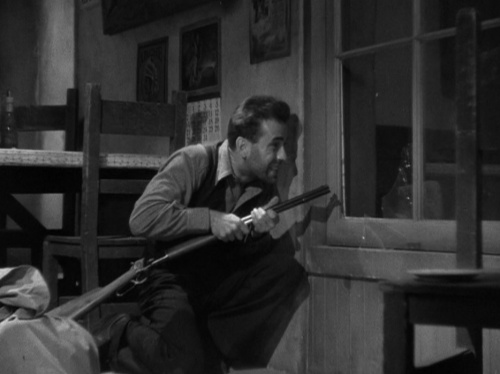 Mantee ducks near the window with his Winchester. 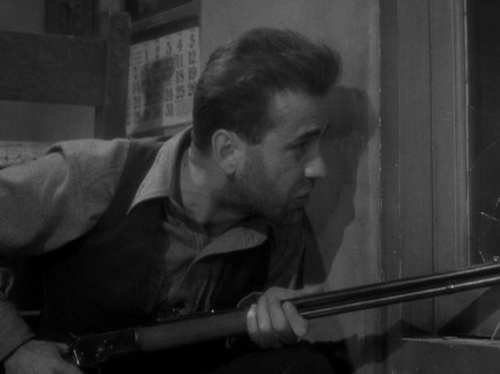 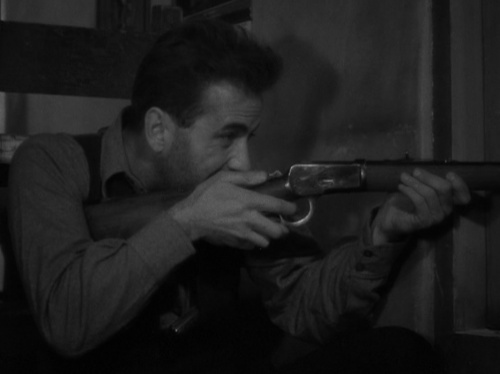 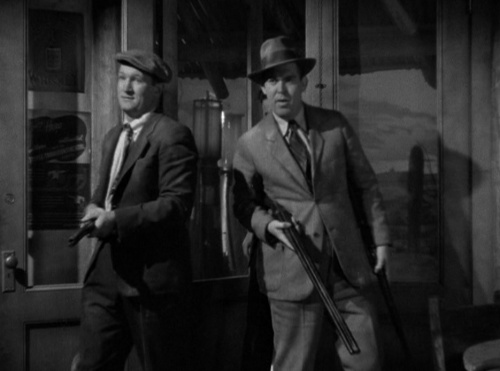 Jackie and Ruby enter The Petrified Forest with their guns. 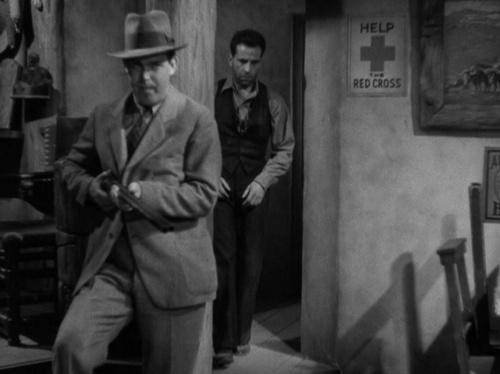 Ruby with his shotgun. 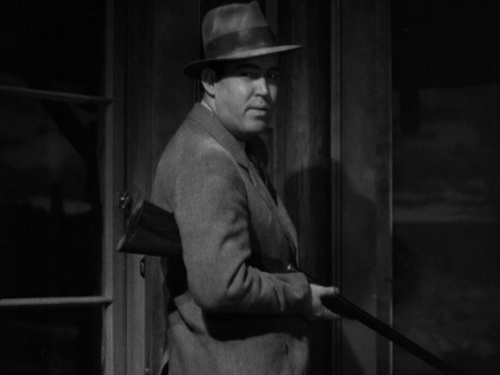 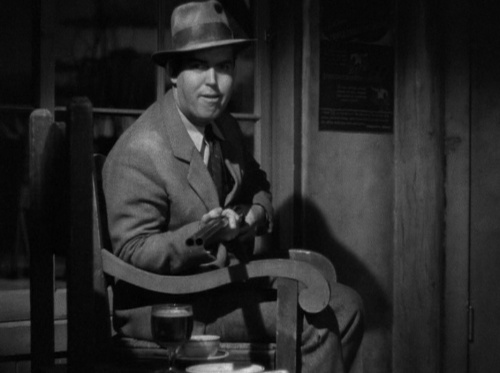 Ruby holds his shotgun on the hostages.
Retrieved from "https://www.imfdb.org/index.php?title=Petrified_Forest,_The&oldid=1104765"
Categories: