From Internet Movie Firearms Database - Guns in Movies, TV and Video Games
(Redirected from The Cowboys)
Jump to navigation Jump to search 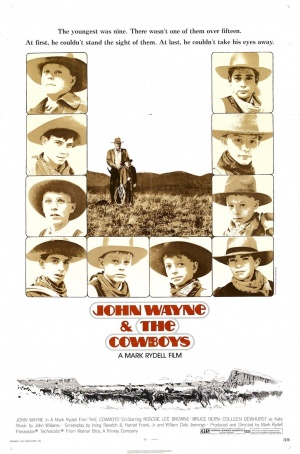 The following weapons were used in the film The Cowboys:

Will hands off the Dragoon.

The Dragoon is seen.

The Smith & Wesson Schofield Model 3 also is seen in the film.

The Schofield is seen in the wagon.

The Winchester Model 1892 rifles is seen in the hands of several of the young boys including Slim (Robert Carradine).

The Winchester 1892 rifle is seen fired.

On the left, the Winchester is fired.