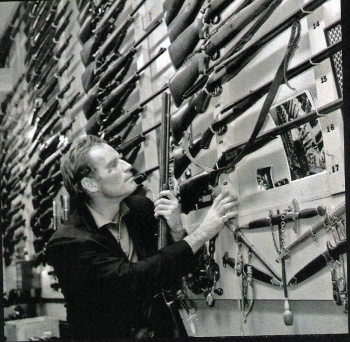 Charlton Heston fires at the 'Family' from his balcony with a BAR minus its bipod and the Infrared scope mounted, borrowed from his M3 Carbine as Colonel Robert Neville in The Omega Man (1971).

Charlton Heston is the legendary actor whose career included roles in such iconic films as The Ten Commandments, Ben-Hur, and Planet of the Apes. An outspoken proponent of firearms ownership, Heston also served five terms as president of the NRA.