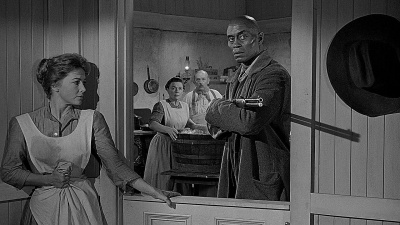 Woody Strode was a pioneer in many aspects during his lifetime. He played for the UCLA Bruins football team during the 1930's when there were very few black collegiate athletes, part of a backfield that included Kenny Washington, the first African-American signed by the NFL and Jackie Robinson, the first African-American signed by Major League Baseball. He was also an outstanding decathlete. He was also one of the first black men to play professional football when he was hired by the Los Angeles Rams in 1946, reuniting with Kenny Washington. During his acting career, Strode broke new ground when he played characters who were strong and capable and more than just faithful family retainers.