The following firearms were used in the film Johnny Guitar:

Many characters are seen with Single Action Army revolvers. 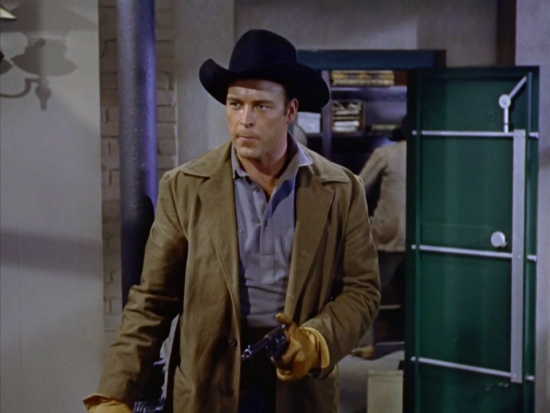 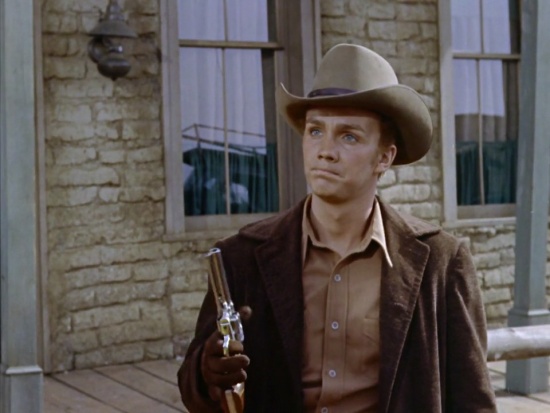 Turkey Ralston (Ben Cooper) with a revolver in his hand outside the bank. 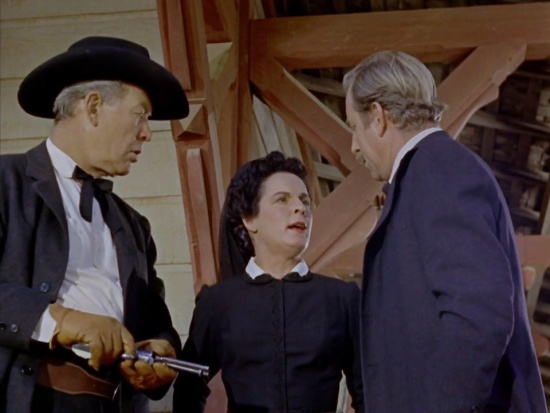 John McIvers (Ward Bond) (left) checks his gun during an interview with Emma and Marshal Williams. 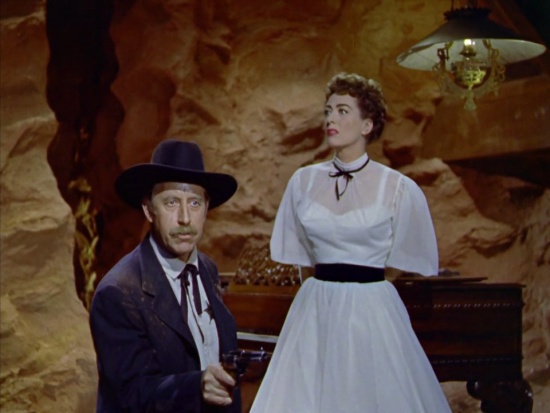 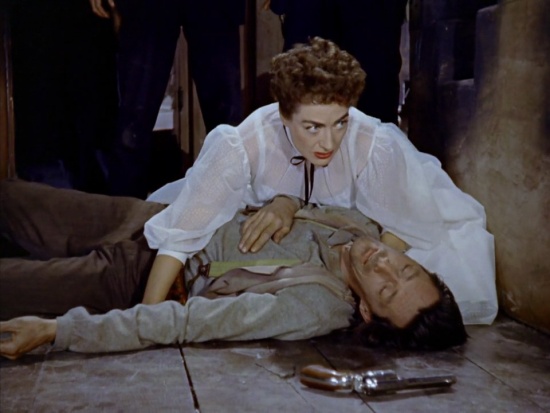 Beside the dying Old Tom (John Carradine) is his revolver. Vienna has a plan to seize it. 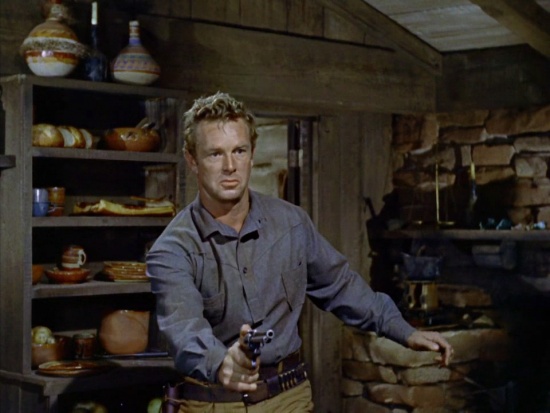 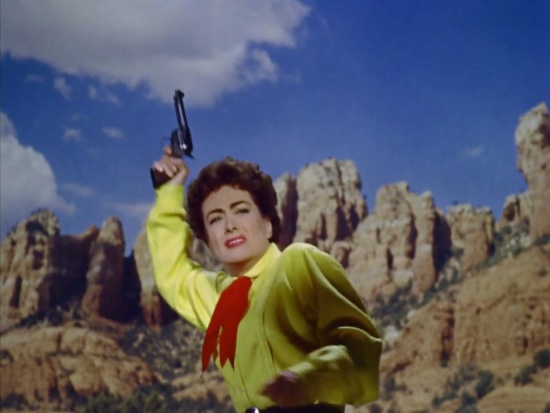 Vienna (Joan Crawford) holds a gun in the final fight with Emma Small on the porch of a cabin. 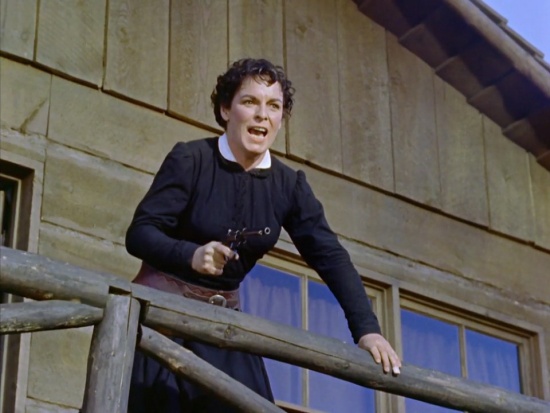 Emma Small (Mercedes McCambridge) in the final confrontation is seen with "Quick-Draw" in her hand. 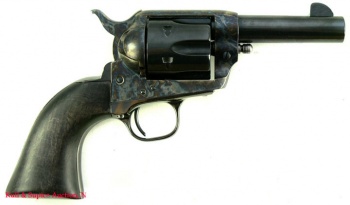 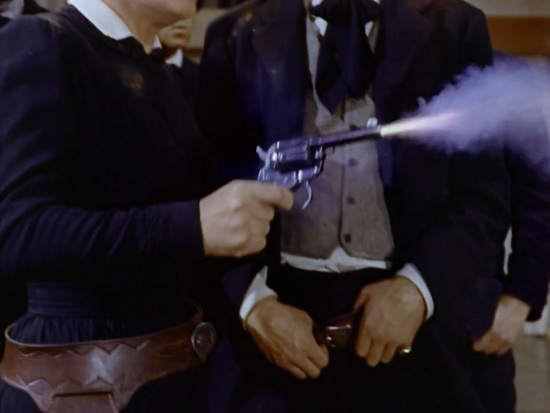 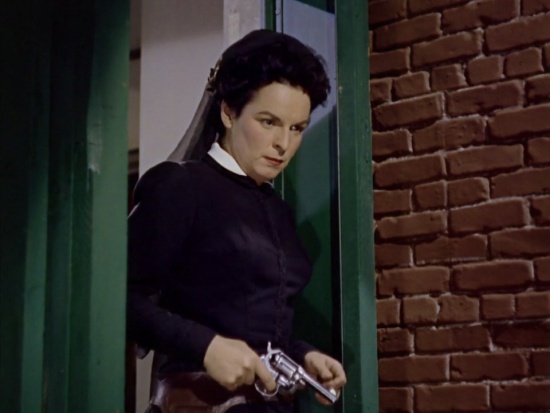 Some characters are armed with Winchester Model 1892 rifles. 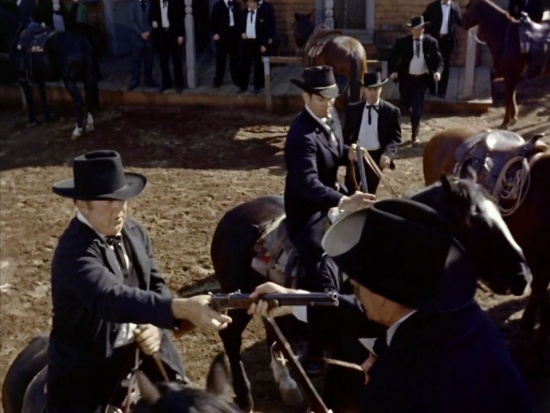 A posse member receives a Winchester Model 1892 rifles from the marshal before chasing the gang of robbers. 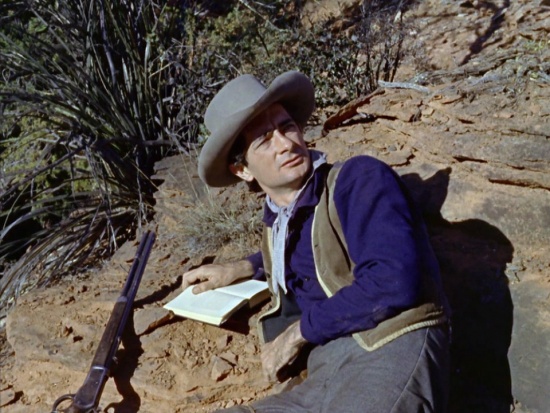 Corey (Royal Dano) resting next to his weapon. 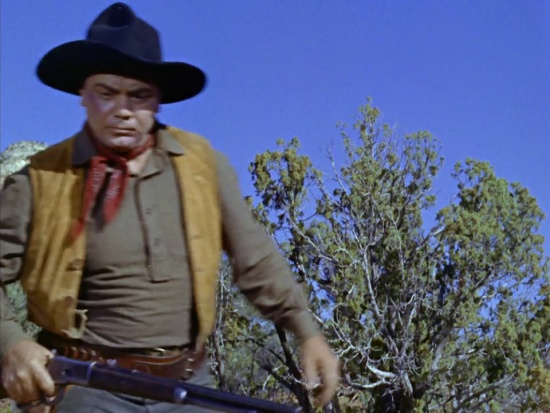 Bart Lonergan (Ernest Borgnine) holds his rifle in hand with a revolver in a holster at his waist. 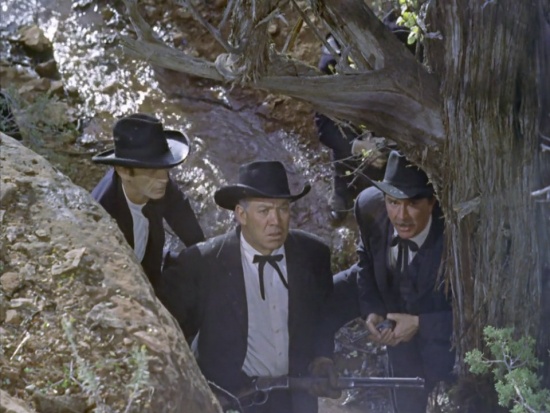 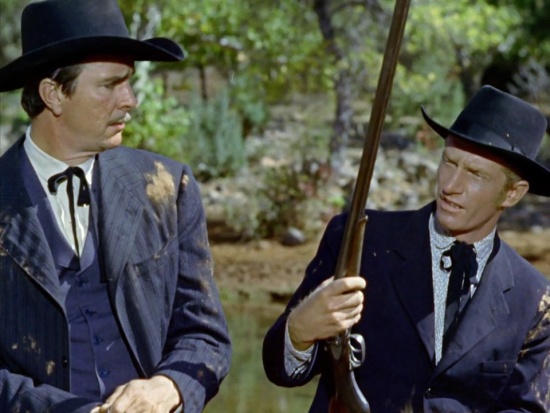 A posse member (Clem Harvey) on a horse (right) armed with a shotgun. 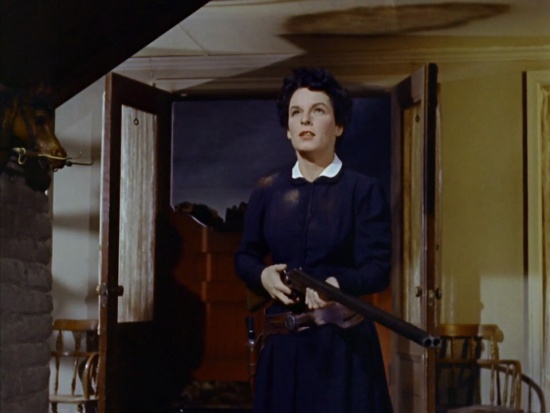