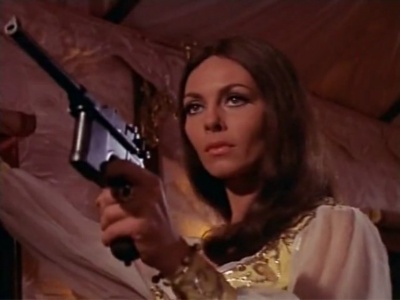 Michèle Mercier is a French actress. She was born on 1 January 1939 in the Italian-French family. She wanted to be a dancer, but eventually came to Paris to play theater. After playing some time in England and Italy in inferior films, came Turnover in her career with a cast of the role in film series about Angelica in 1963. Although she was identified with this role all her life, played in dozens of other films with partners such as Marcello Mastroianni was, Jean-Paul Belmondo, Jean Gabin, Robert Hossein, Charles Bronson, Tony Curtis, Charlton Heston and others.