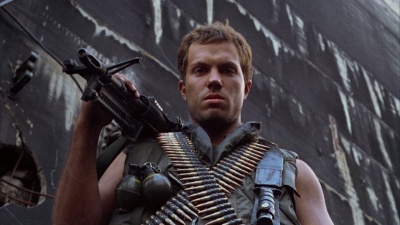 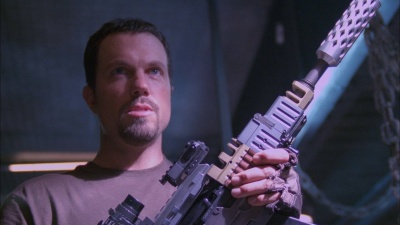 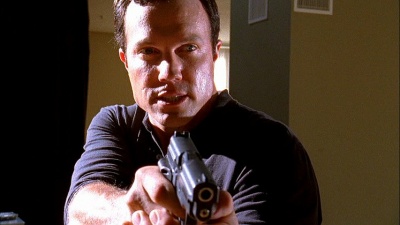 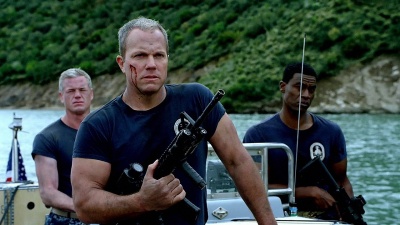 Adam Baldwin is armed with an M4A1 as CMDR Mike Slattery in The Last Ship (2014).

Adam Baldwin is an American actor best known for his roles as Jayne Cobb in Firefly/Serenity, and as narrator of the Adventures of Tom Stranger, Interdimensional Insurance Agent audio book series. Despite a shared surname, Adam Baldwin is not meaningfully related to the acting family that includes Alec Baldwin, Daniel Baldwin, William Baldwin, and Stephen Baldwin. Adam Baldwin is noted for being a rare example of an actor who is openly and outspokenly "right wing" politically.