Matewan is the 1987 film that is a dramatized account of the battle that occurred between miners and their mining company in Matewan, West Virginia in 1920, during a coal strike. The film was written and directed by John Sayles and the cast included Chris Cooper, Kevin Tighe, James Earl Jones, and David Strathairn.

The following weapons were used in the film Matewan: 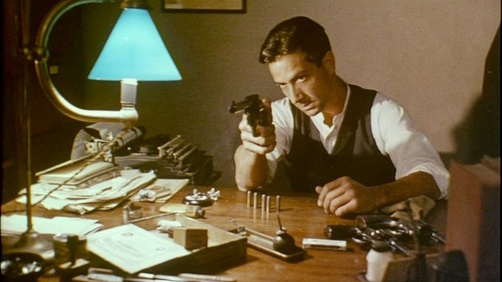 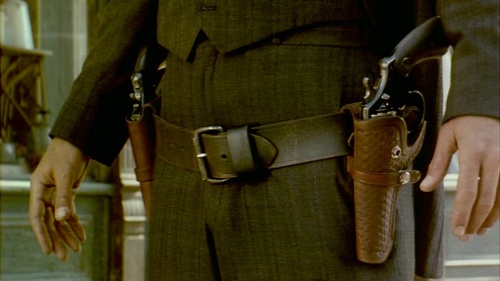 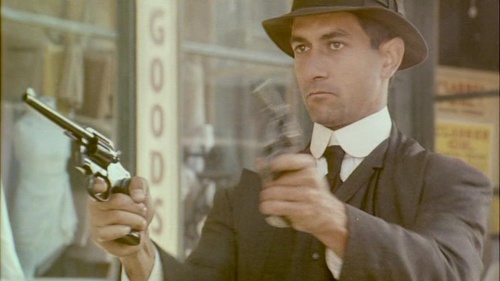 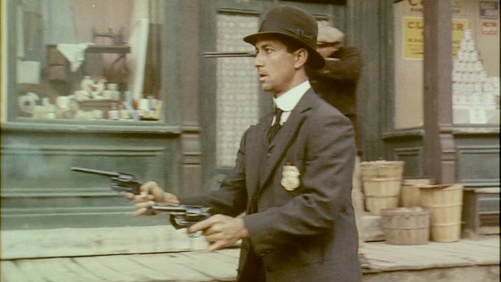 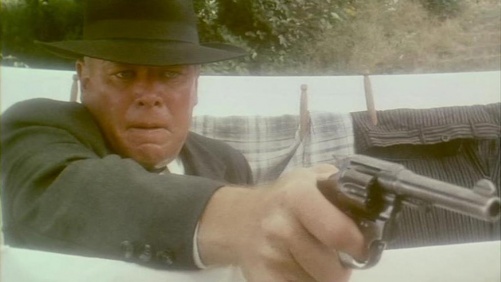 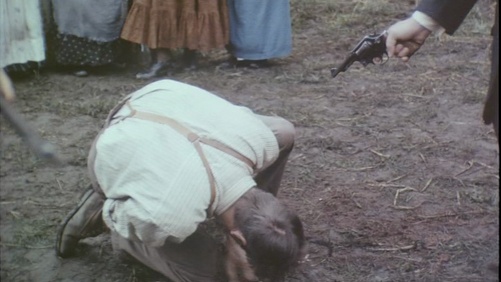 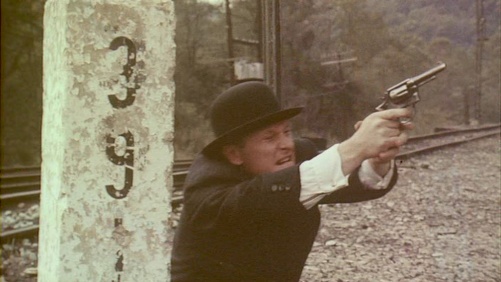 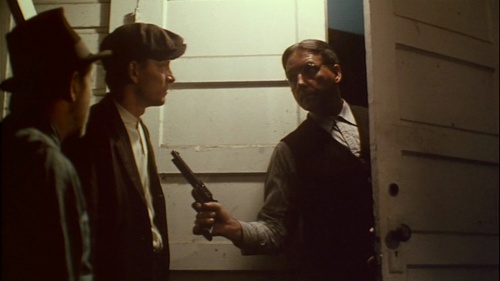 CE Lively (Bob Gunton) holds a Single Action Army Colt Revolver in .45 Colt while he talks with Joe Kenehan during an establishing scene. 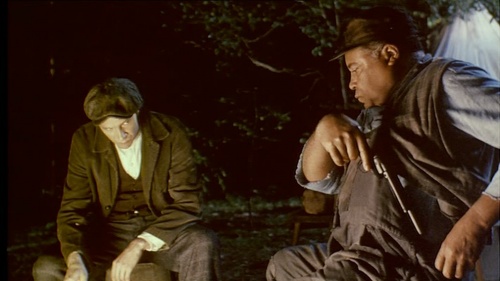 The Karabiner 98k in 7.92 x 57mm calibre appears throughout the film. 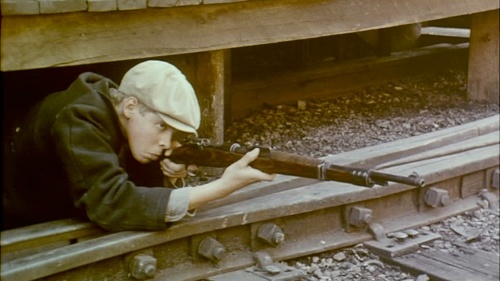 Danny Radnor (Will Oldham) uses a Mauser Karabiner 98k - 7.92x57mm during the final shootout. The image has been reversed, possibly to preserve the scene's line of action. For dramatic purposes the shop appears to have been positioned over rail tracks that show signs of recent use. 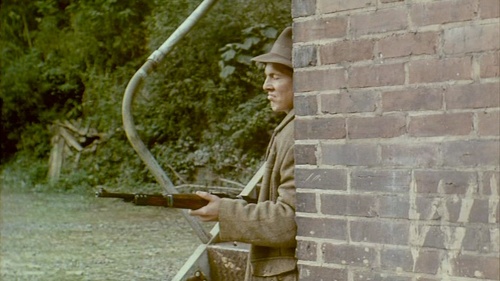 A striker fires on the hired guns with a Mauser Karabiner 98K during the final shootout. The left hand side of the same model Mauser is shown in true form.

The 1916 Spanish Mauser in 7 x 57mm calibre appears throughout the film. 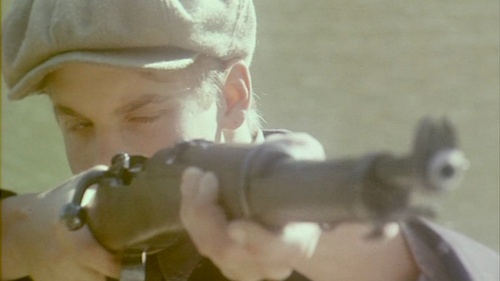 At the river's edge, Danny Radnor (Will Oldham) aims a 1916 Spanish Mauser rifle at an escaping hired gun during the final shootout. 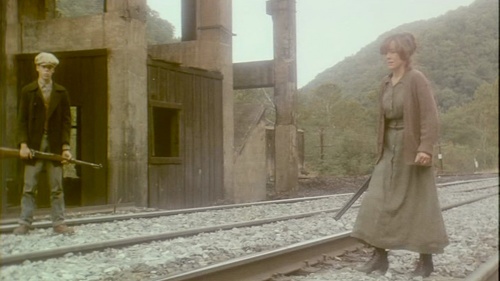 Danny Radnor (Will Oldham) with a 1916 Spanish Mauser rifle and Elma Radnor (Mary McDonnell) with a 12 Gauge Double Barreled Shotgun after the final shootout.

Winchester Model 1892 in .44-40 calibre appears throughout the film 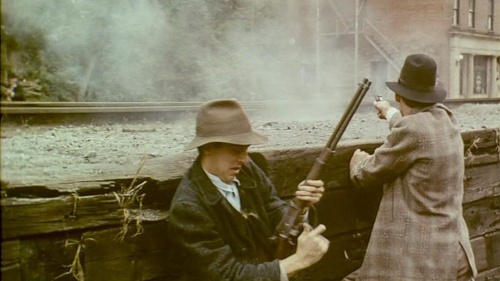 A shooter uses a Winchester Rifle Model 1892 in .44-40 calibre during the final shootout scene.

The Winchester Model 1892 Saddle Ring rifle in .44-40 calibre appears throughout the film. 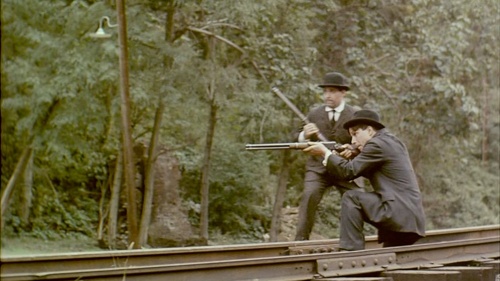 A hired gun armed with an 1892 saddle ring Winchester fires on the miners during the final shootout.

One of the men is seen firing a Garate El Tigre rifle, a Spanish copy of the Winchester 1892 lever action. 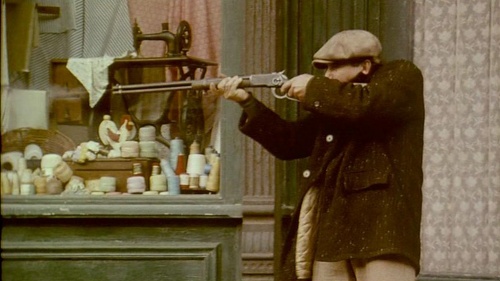 A Browning M1917 machine gun is seen being manned by hired guns. 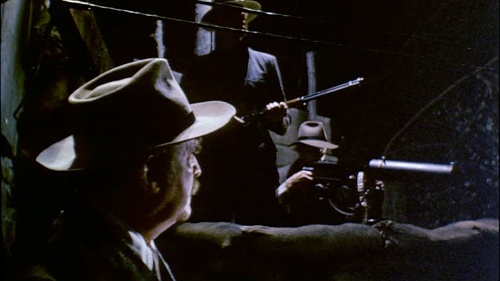 Hired guns wait with a Winchester 1892 rifle and a Browning M1917 machine gun during a strikers' meeting. 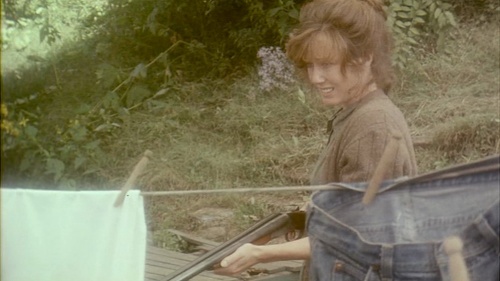 One of the mountain people is armed with a Percussion Shotgun. 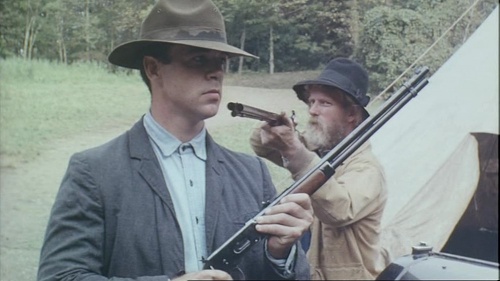 Hired gun armed with a Winchester and one of the mountain people armed with a Percussion Shotgun in confrontation at the miners' camp. Note the ramrod visible under the barrels of the shotgun indicating that it is a muzzle loader.
Retrieved from "https://www.imfdb.org/index.php?title=Matewan&oldid=1149358"
Categories: