The following guns were used in the movie The Paleface: 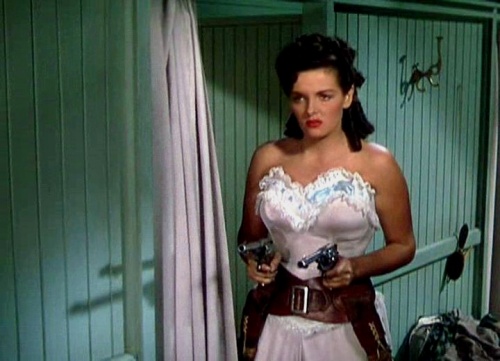 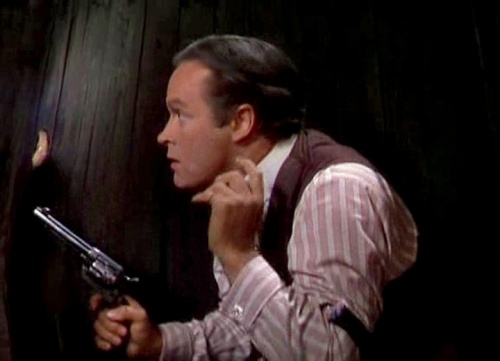 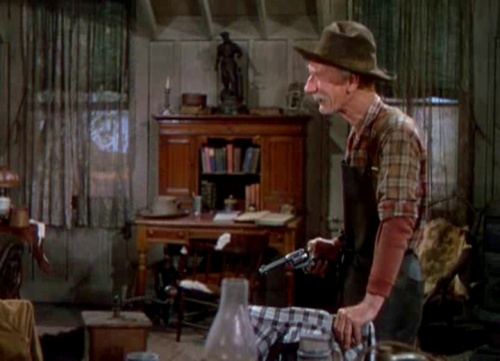 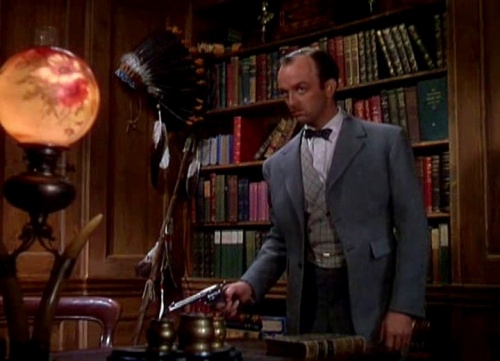 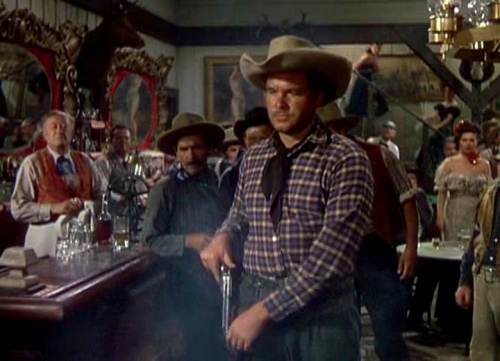 One of Martin's gunmen holds a Colt New Service revolver. 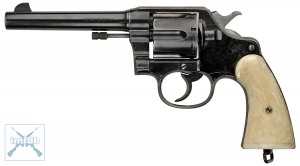 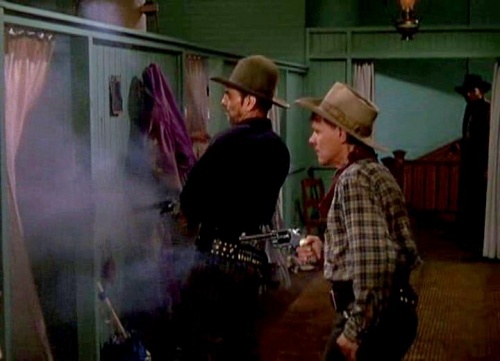 Some characters use Winchester Model 1892 rifles. 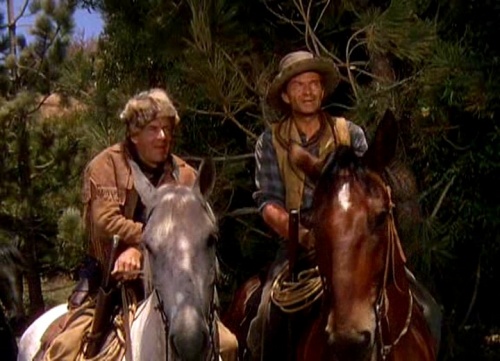 Backwoodsmen on horseback with their rifles holstered. 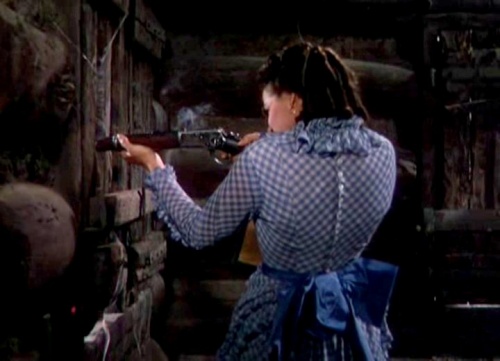 Calamity Jane (Jane Russell) in defense of cabin with a Winchester 1892. 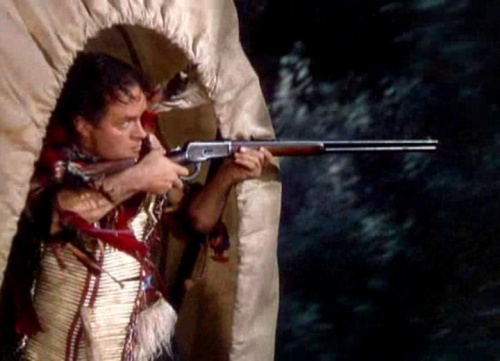 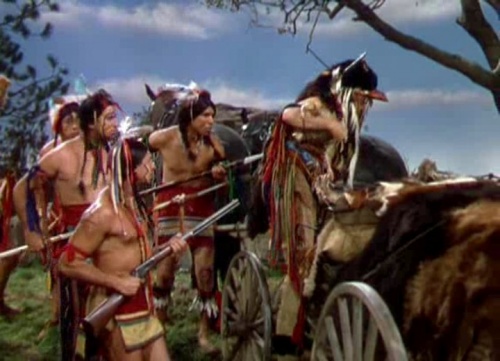 Indians with Winchester 1892 rifles in hands. 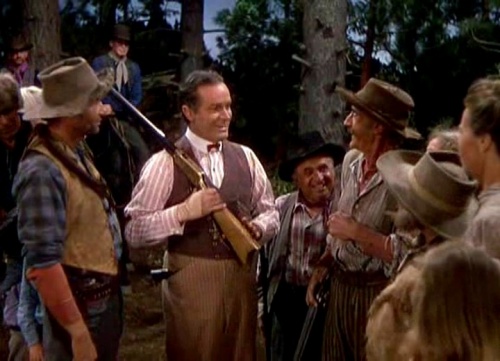 Defenders of the cabin were armed also with 12 Gauge Double Barreled Shotguns. 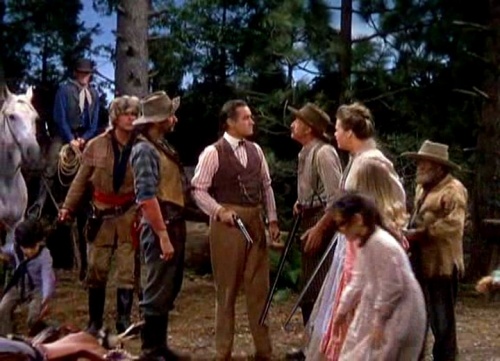