Bull of the West, The

From Internet Movie Firearms Database - Guns in Movies, TV and Video Games
(Redirected from The Bull of the West)
Jump to navigation Jump to search

The Bull of the West is a 1972 Western movie directed by Jerry Hopper and Paul Stanley. Like The Meanest Men in the West (1974), the movie is a theatrical version of two episodes of "The Virginian" TV series, released in 1963 and 1965 and compiled together in 1972.

The following weapons were used in the film The Bull of the West: 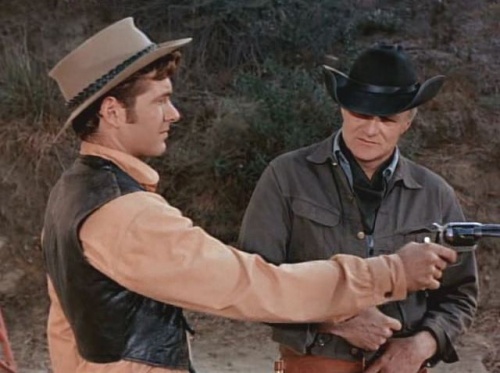 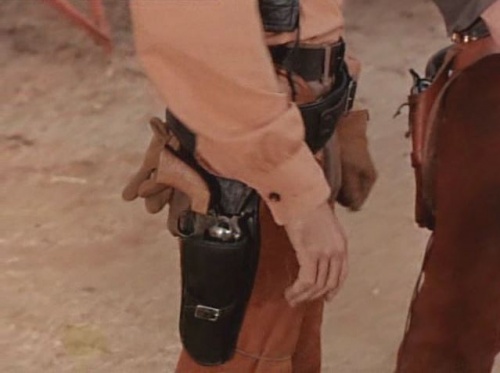 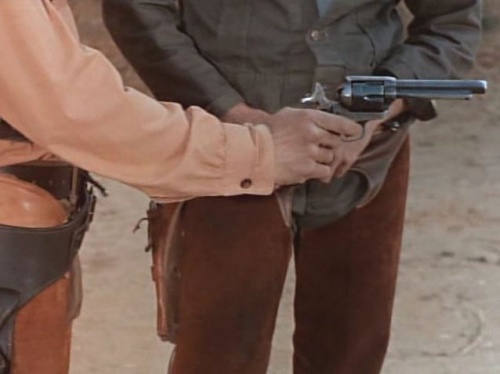 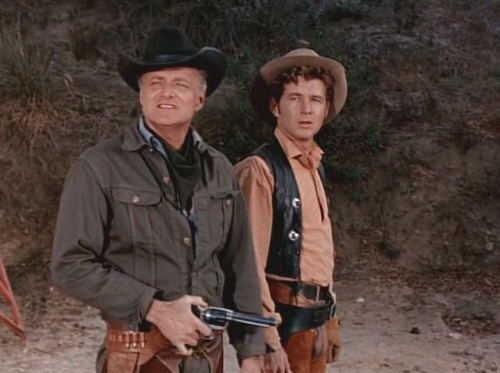 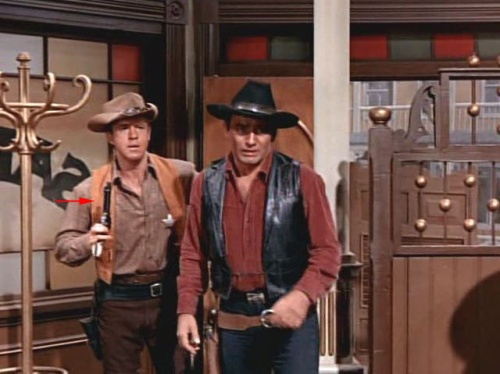 A sheriff's deputy (at the left) holds a blued revolver with white (likely ivory) grips. 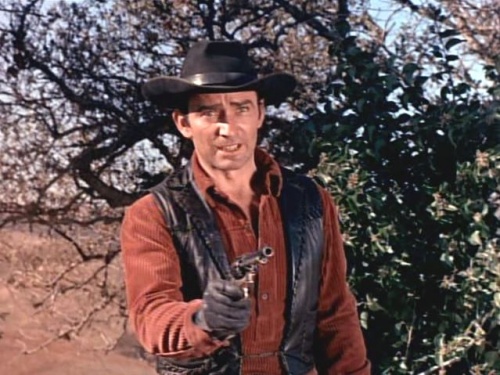 Man for Virginia draws his revolver during the encounter with Ben Tully. 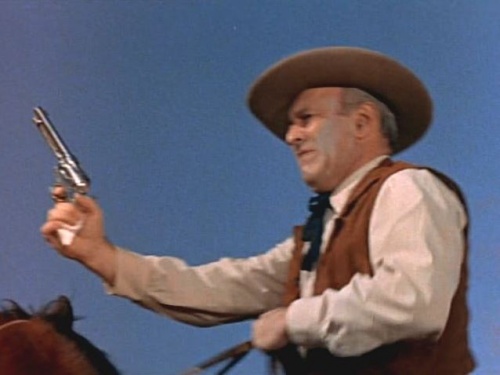 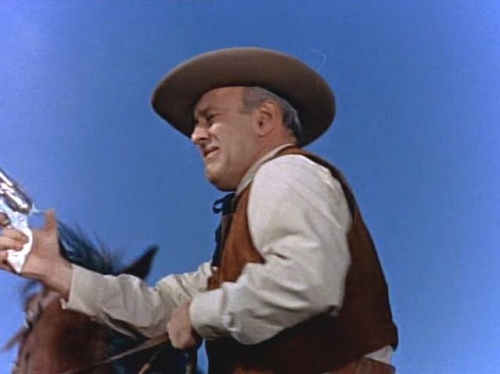 Judge Garth in same scene. His revolver is nickel plated with pearl grips. 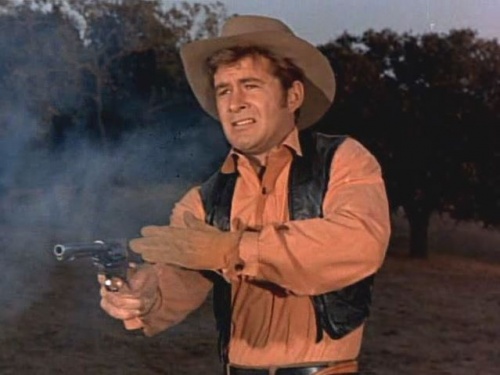 Steve fires his revolver during his duel with his former mentor Johnny Wade. 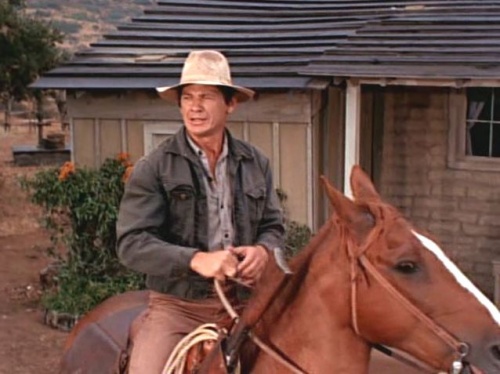 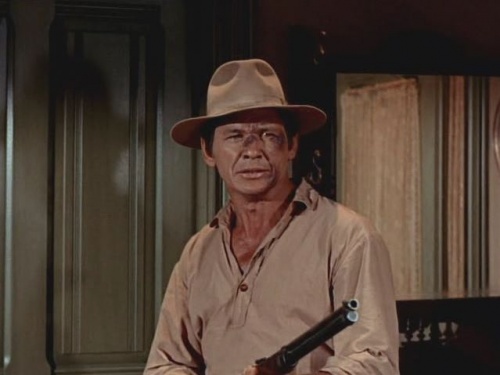 Ben confronts Man from Virginia and Judge Garth in the latter's house. 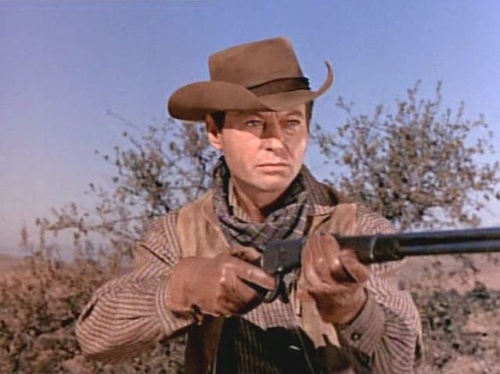 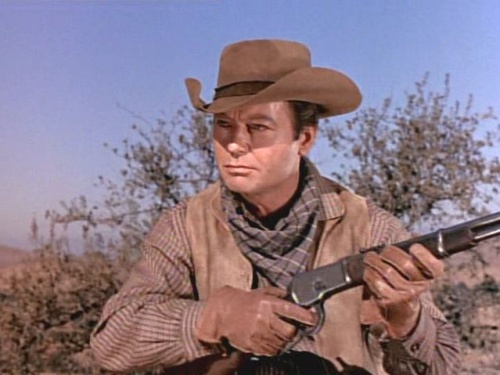 Ben Tully holds his Winchester during the encounter with Man from Virginia. 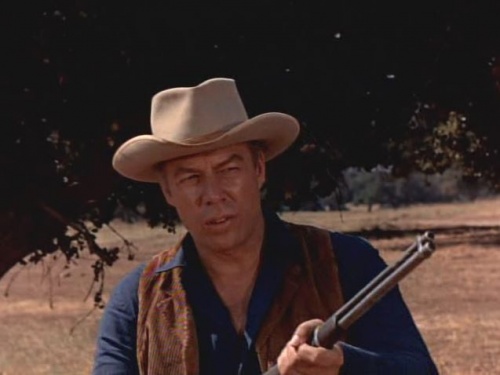 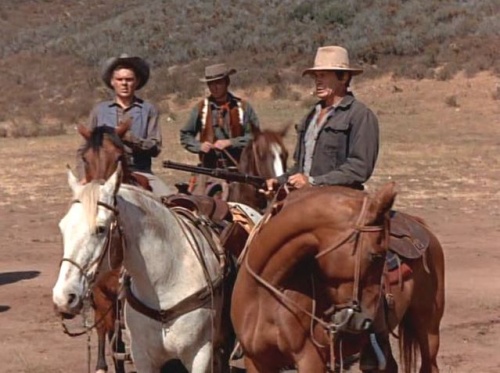 Ben with Winchester in same scene. 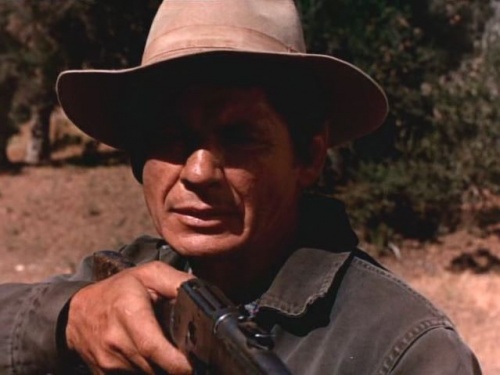 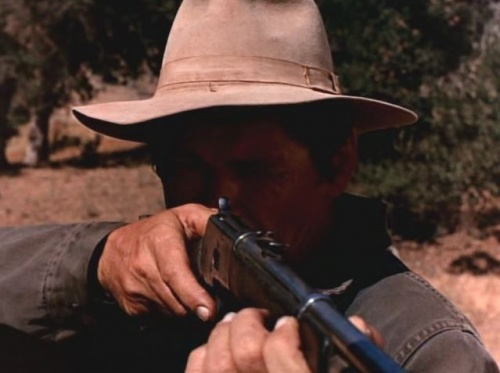 Unfortunate Ben has to slaughter sick cattle, including his prize breeding bull.

In one scene Judge Garth (Lee J. Cobb) gives a Winchester Model 1892 short rifle to Ben Justin's son Will (Robert Random) when the ranchers have to slaughter sick cattle. 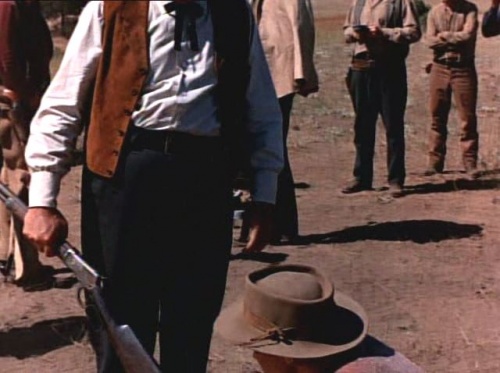 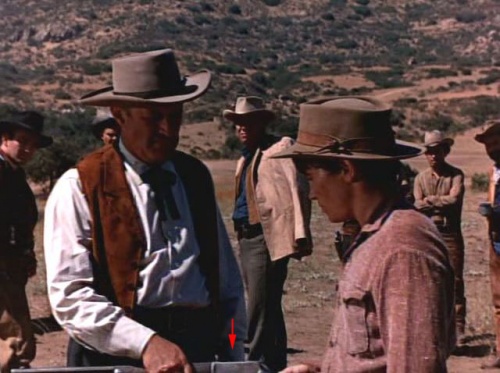 Judge Garth hands a Winchester to Will Justin. 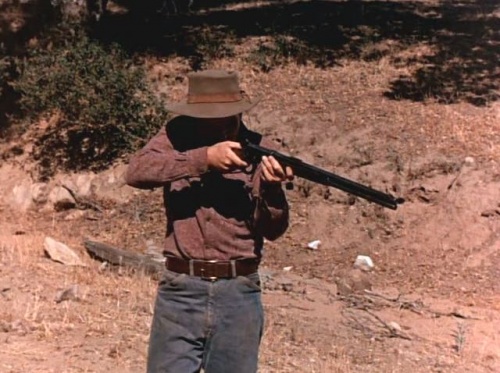 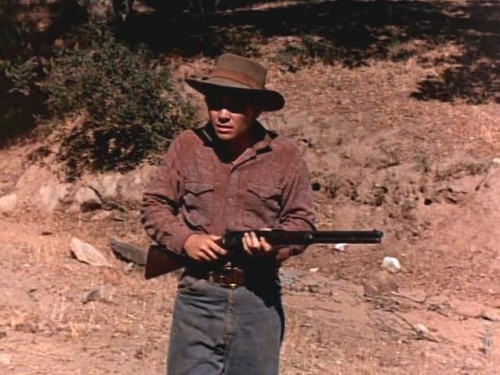 Will helps his father, shooting the cattle.
Retrieved from "https://www.imfdb.org/index.php?title=Bull_of_the_West,_The&oldid=1301441"
Categories: