Support Your Local Sheriff! is a 1969 Western comedy starring James Garner and produced by his own Cherokee Productions, parodying the familiar trope of a lone lawman facing a gang out outlaws with little support from his town. Garner riffs on his Bret Maverick persona as the sharpshooting but risk-averse Jason McCullough, who takes on the thankless job of taming the gold-rich city of Calendar, Colorado Territory.

The following firearms were used in the film Support Your Local Sheriff!: 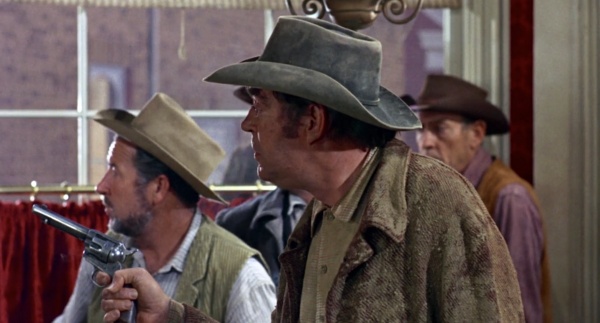 Jake draws his Single Action Army on a Danby sympathizer who was aiming for Jason. 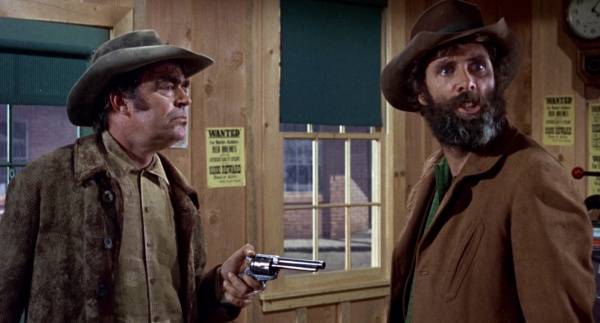 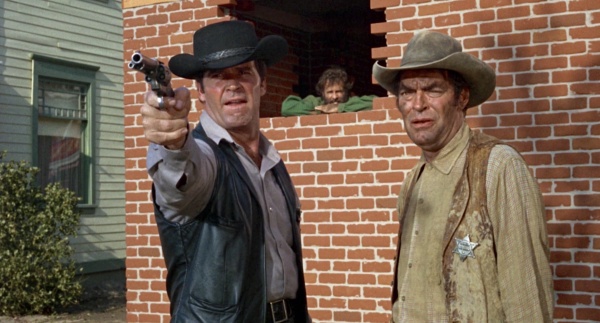 Jason teaches Jake how to get a tighter grouping of shots with his Single Action Army. 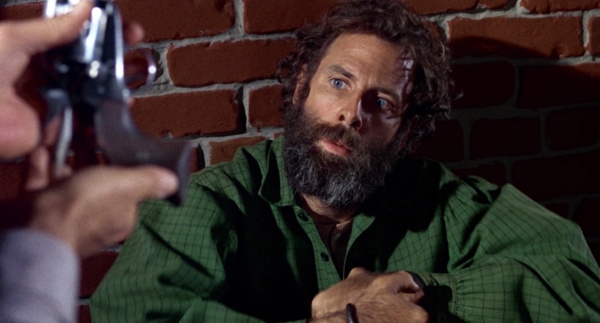 Jason unloads Joe's Single Action Army after having told him it was already unloaded. 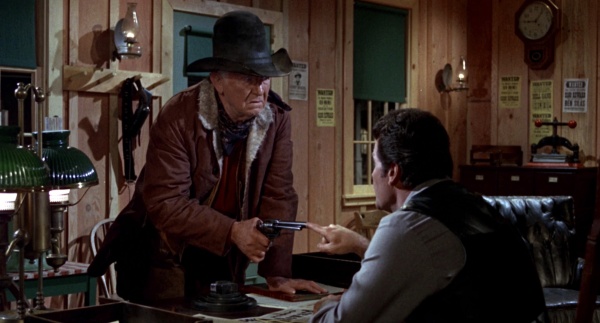 "How dare you pull a gun on me," Jason challenges "Pa" Danby. 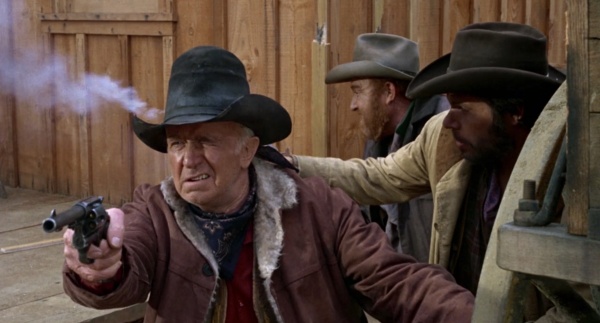 "Pa" aims at Prudy Perkins during the final gun battle. 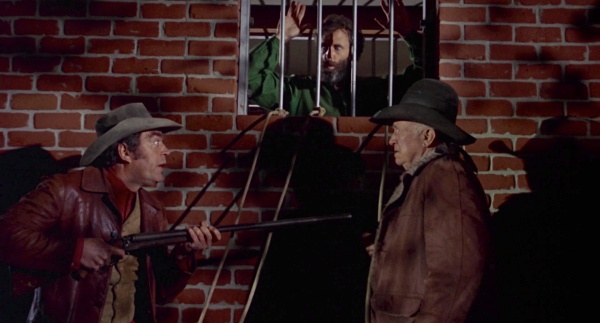 Jake catches "Pa" trying to break Joe out of jail.

In addition to the shotgun, Jason inherits five Winchester Model 1892 Saddle Ring Carbines with his new sheriff's office, which he, Jake, and Prudy Perkins (Joan Hackett) take into battle against the similarly armed Danby gang. These are anachronistic given the film's presumed setting in the 1870s prior to Colorado's statehood in August 1876. 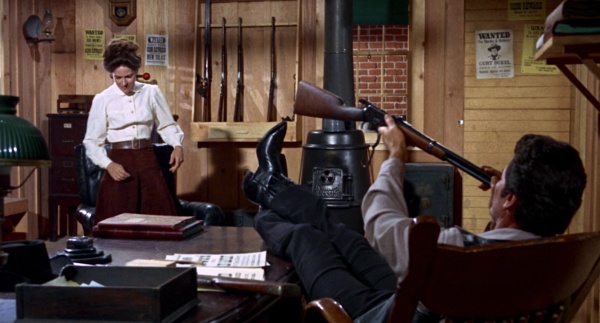 Jason looks over a Winchester prior to the climactic gunfight. Note the second Winchester on his desk, consistent with two missing from his gun rack. 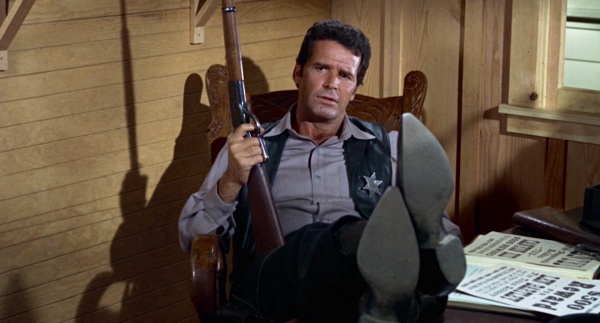 Jason holds his Winchester, finger on the trigger. 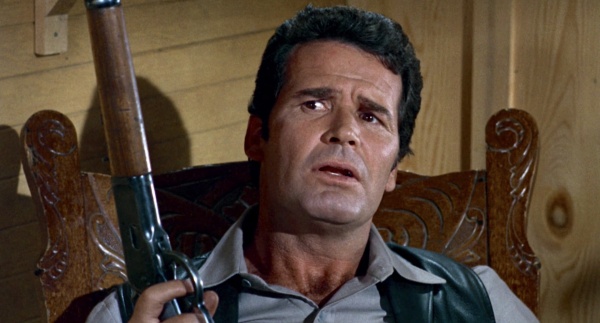 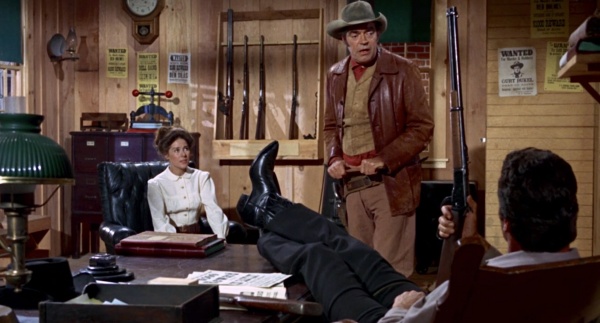 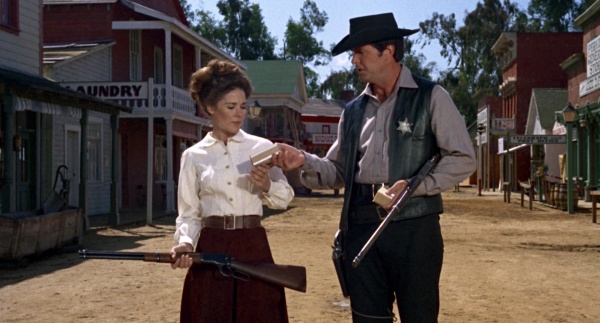 Jason arms Prudy with a Winchester and box of shells prior to the confrontation. 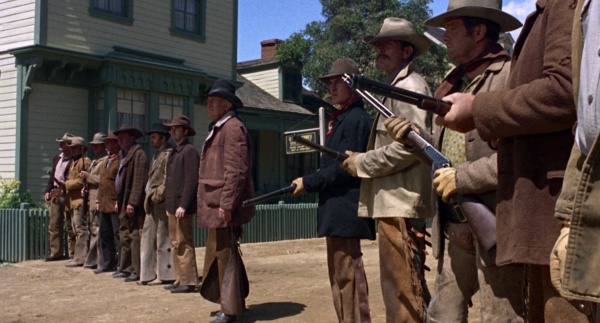 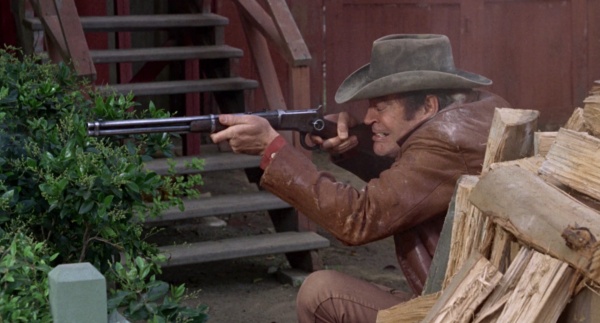 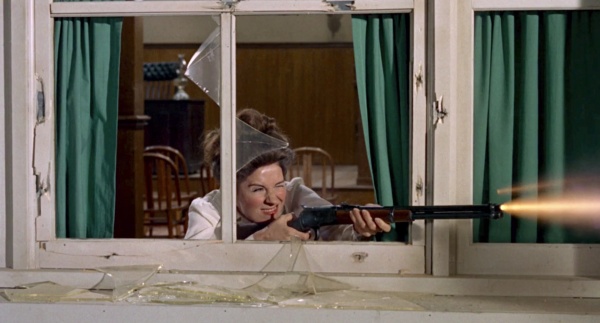 "I only know one way to shoot, and that's to kill!" Prudy assures Jason after effectively wielding her Winchester in combat. 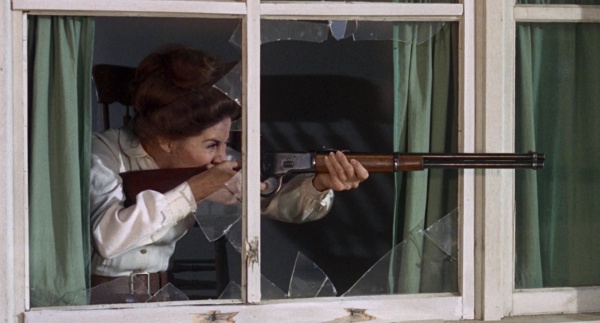