The FN FALO (standing for Fusil Automatique Lourd) was a heavy-barreled version of the FN FAL used in a squad automatic weapon role. The Model 50.41 has a synthetic stock, while 50.42 has a wooden stock. Variants of the FALO were used by Canada as the C2A1 and by Australia as the L2A1. 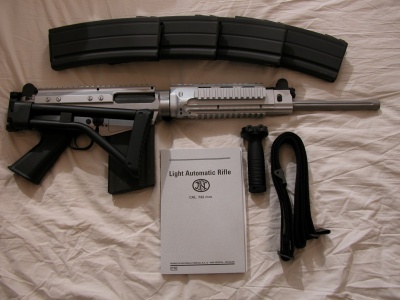