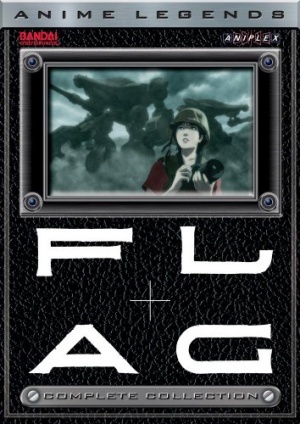 The following firearms are used in the anime series Flag:

While clearing the newly-liberated UNF HQ, several UNF soldiers are seen carrying Glocks with tactical lights mounted to the forward frame. While the Glocks shown are obviously full-sized models, the scenes are not clear enough to identify an exact model number. 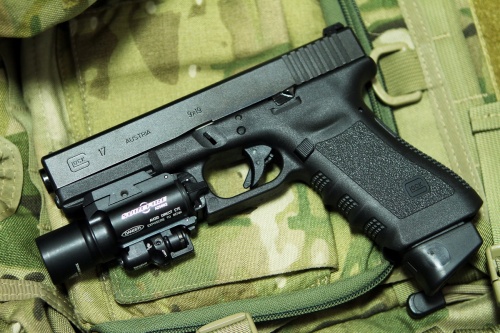 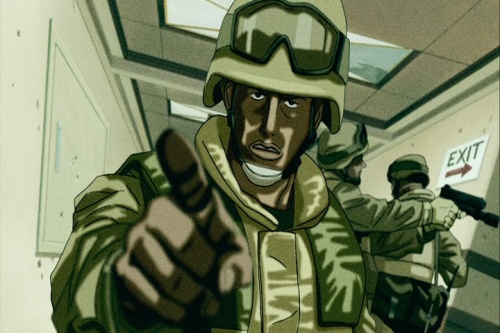 The majority of UNF soldiers carry M16A4 rifles, distinguishable as such by the flat-top receivers. The M16s seen have several unusual configurations, but all have flip-up front sights as opposed to the normal blade sight. 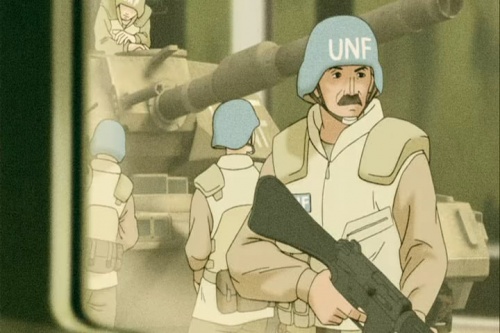 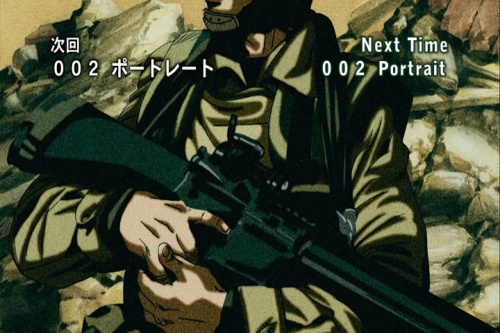 A UNF soldier armed with an M16A4. This one appears to be equipped with some form of electronic sight and an M16A1 handguard. 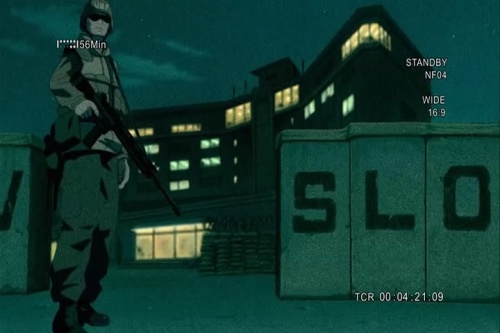 A UNF soldier stands guard outside of the UNF headquarters. This rifle appears to be equipped with a railed handguard. 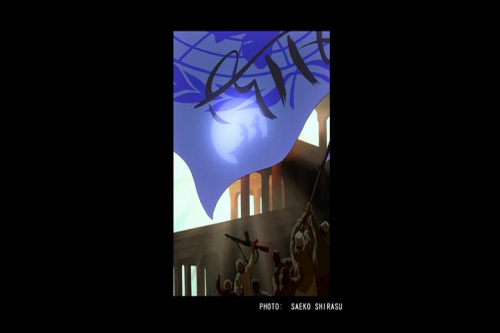 A soldier raises his AKM in triumph as Saeko Shirasu takes the photo that will make both her and the flag famous. 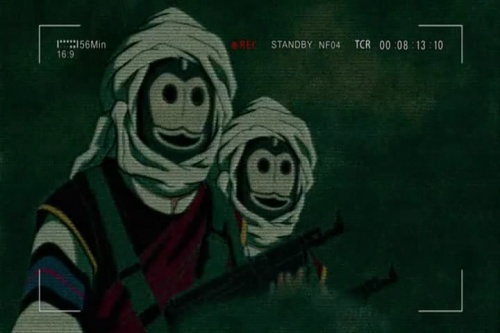 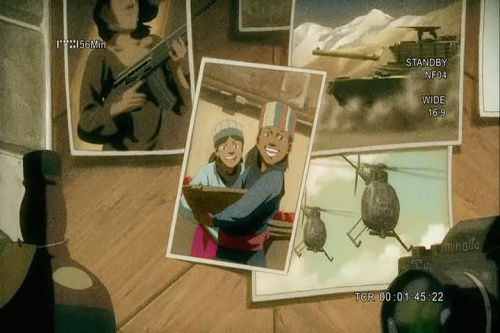 A photo of a woman armed with an AK-74 is displayed among Keiichi Akagi's photos. 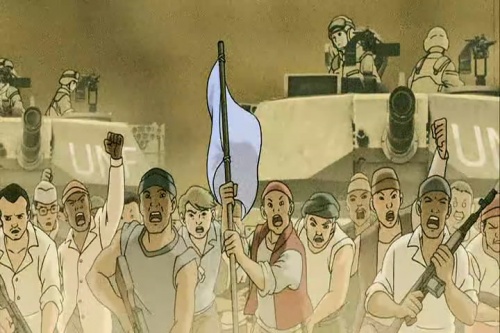 A single militia soldier is seen carrying an AK-74M. 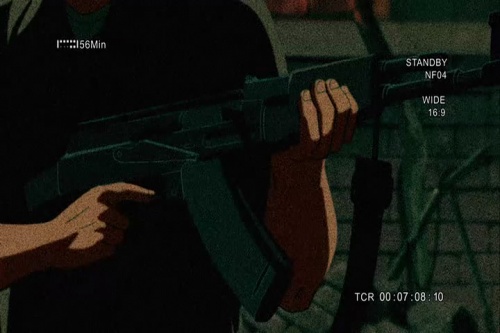 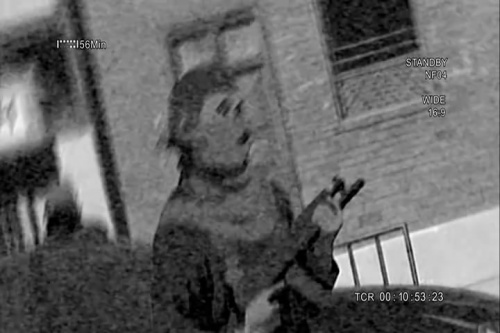 A bodyguard armed with a Draco Pistol.

Several FN FAL rifles are seen in the hands of various extras. 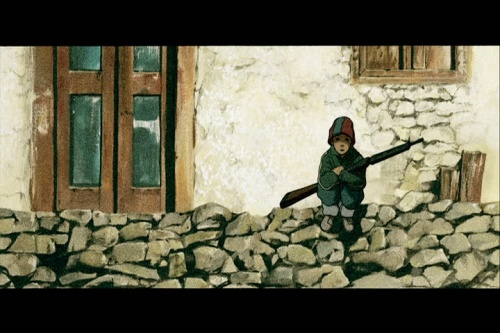 This photo of child cradling a FAL appears during the opening sequence. 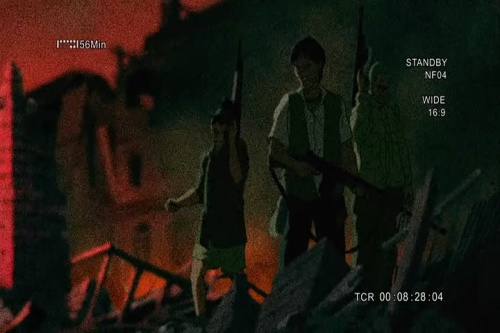 Most UNF tanks have a Browning M2 machine gun mounted to the outside of the vehicle. 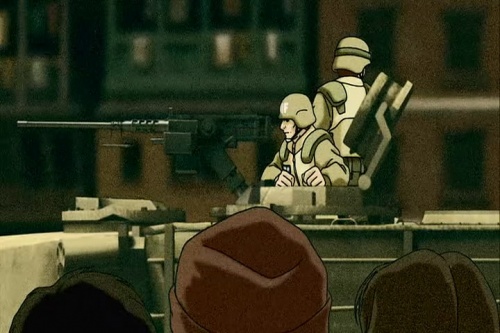 A Browning M2 on a UNF armored vehicle. 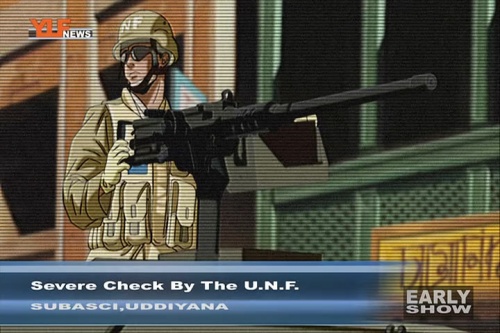 As seen on a news broadcast. 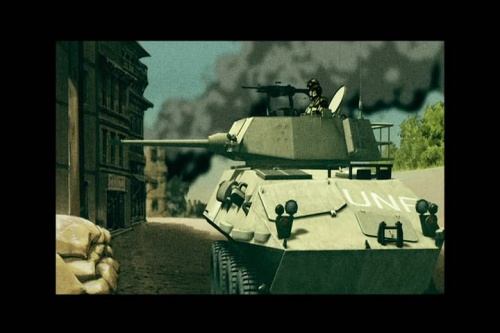 The UNF LAV-25 mentioned above can be seen outfitted with an M242 Bushmaster chaingun as its' primary armament.

A UNF LAV-25 armed with an M242 Bushmaster chaingun

The HAVWC units operated by SDC are all equipped with a single GAU-19/A minigun under the "nose" of the mecha. 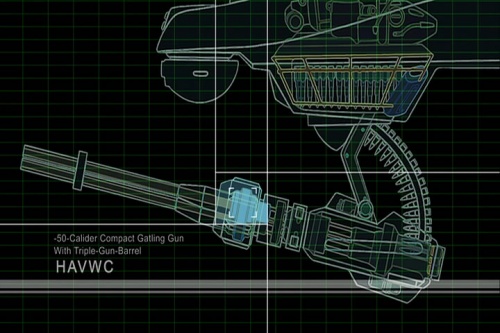 The technical readout on the HAVWC unit details the mecha's weapon systems. 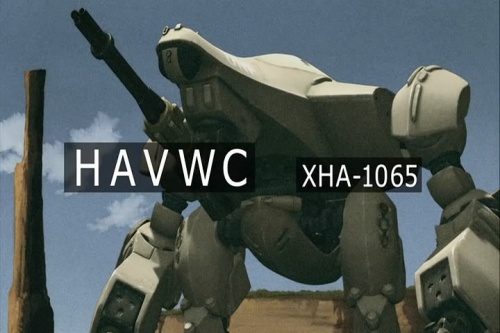 The VTOLs used to transport the HAVWC units are all equipped with a set of M134 Miniguns. 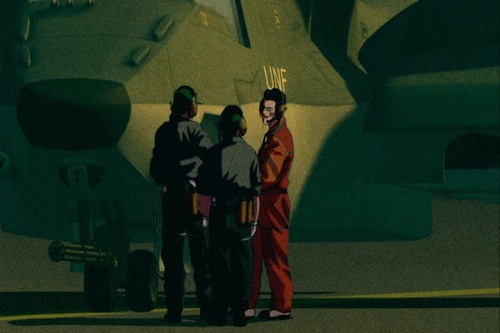 Mounted on a UNF VTOL. 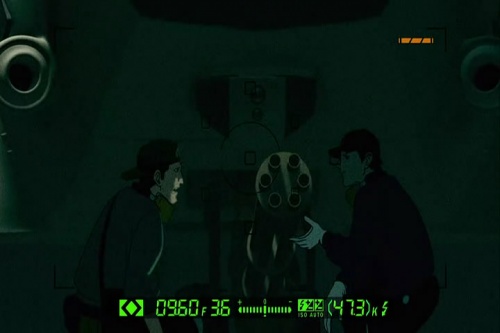 When a mission calls for a HAVWC to be able to deliver accurate fire over a long distance, the crew of SDC retrofits a large anti-armor cannon to be used as a makeshift sniper rifle by a HAVWC unit. The weapon is depicted as firing a gargantuan, multi-stage explosive shell. The notion that the HAVWCs are some sort of super-robots is thrown out the window, as the SDC techs spend an entire episode calibrating the HAVWC's systems to be able to withstand the weapon's weight and recoil while still being accurate. Never the less, the weapon's recoil proves to be too much for the HAVWC, and causes the recoil dampers in its legs to overheat. 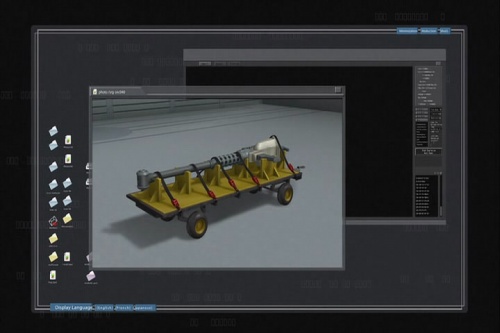 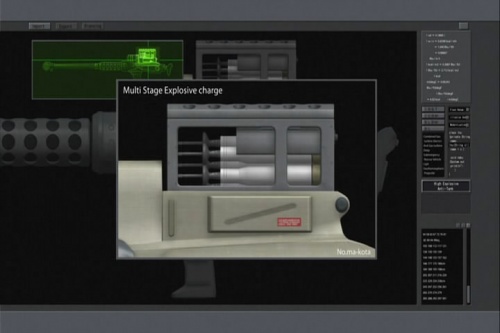 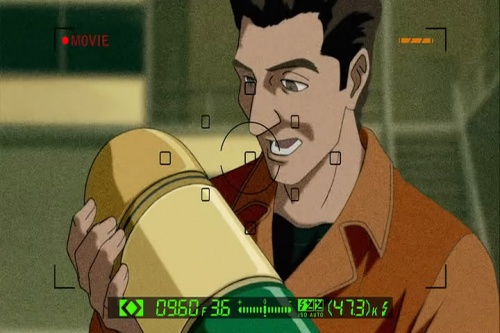 Beroqui explains the basics of the sniper cannon and its ammunition. 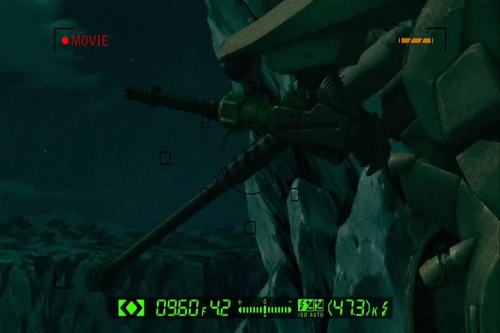 The HAVWC equipped with the sniper cannon.
Retrieved from "https://www.imfdb.org/index.php?title=Flag&oldid=1142496"
Categories: