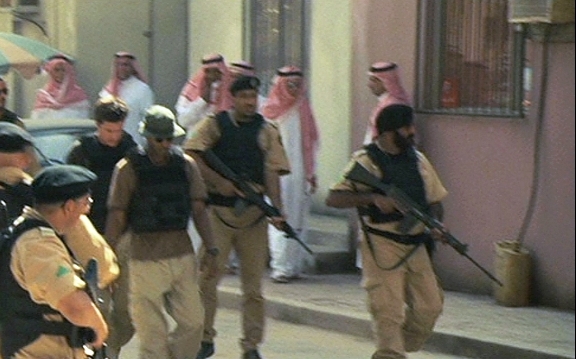 An RPG-7 can be seen leaning against the wall next to the SVD Dragunov sniper rifle. Note the second pistol grip and lack of ribbing on the back half of the launcher.
Retrieved from "https://www.imfdb.org/index.php?title=Kingdom,_The&oldid=1371399"
Categories: