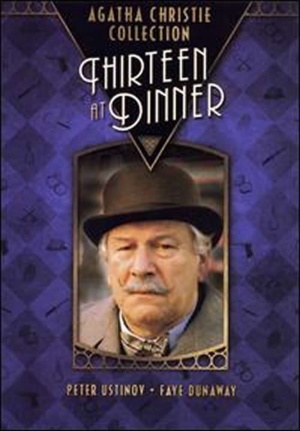 Thirteen at Dinner is a 1985 adaptation of Agatha Christie's novel Lord Edgware Dies, which was released in the US as Thirteen at Dinner, starring Peter Ustinov, Faye Dunaway, and David Suchet. This was the first of a trilogy of television films featuring Ustinov as Poirot and Jonathan Cecil as Captain Hastings. Since this was a television movie with a lower budget than Ustinov's previous two turns as Hercule Poirot, 1978's Death on the Nile and 1982's Murder Under the Sun, these three films were all set in the present, which might be jarring at first. (Ustinov's sixth and final appearance as Poirot in 1988's Appointment with Death returned Poirot back to the 1930s.) Also jarring is the fact that David Suchet, who would go on to play Poirot for over two decades, stars alongside Ustinov's Poirot as Inspector Japp. Most of the action takes place on the set of a film-within-a-film.

The following weapons were used in the film Thirteen at Dinner:

An actor playing a henchman fires a custom L1A1 SLR at Bryan Martin's (Lee Horsley) stuntman on the set of the latest Jake Slagle movie. It appears to be the same weapon used in The Wild Geese 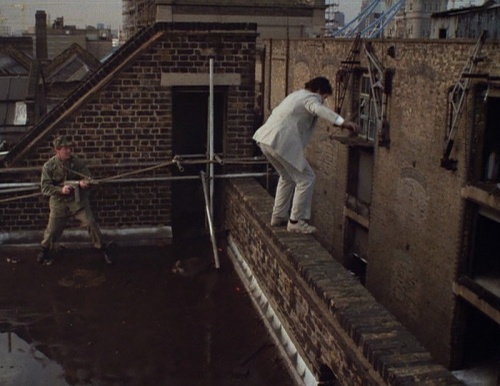 If you can't hit a guy from this range... 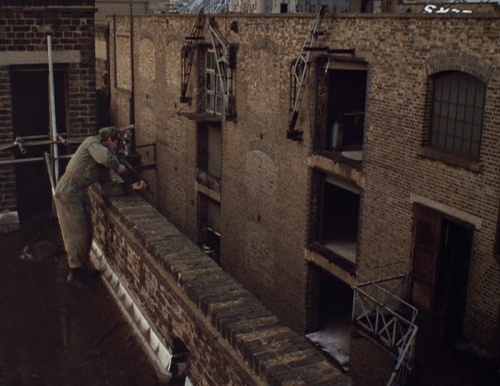 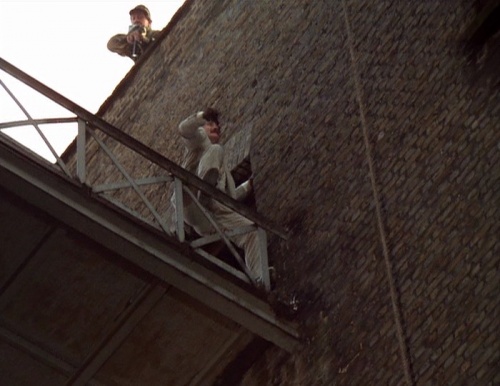 Another actor playing a henchman is armed with an Uzi. 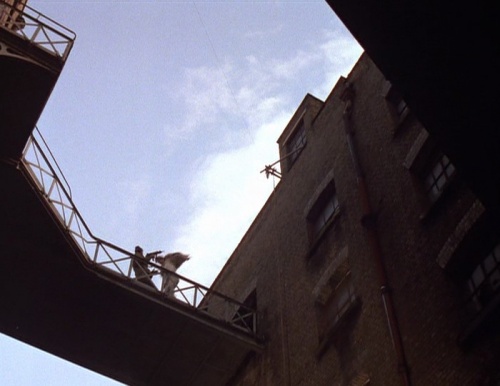 The stuntman knocks over an Uzi-wielding henchman.

Another actor playing a henchman fires a custom flamethrower at Bryan Martin's stuntman. 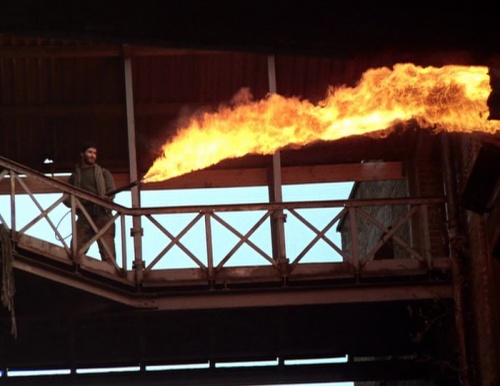 It's all for affect, as he's too far to hit anything.

Another actor playing a henchman fires a Federal Gas Riot Gun. It is shown to be capable of firing HE grenades. 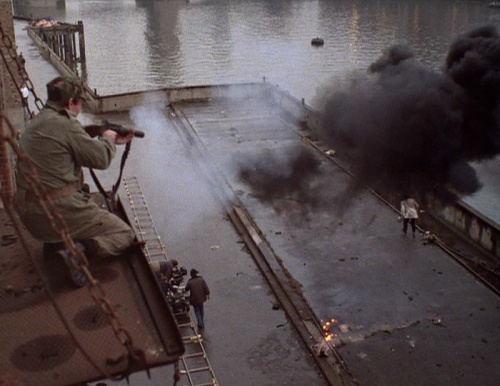 Bryan Martin's stuntman can be seen running below.

Actors playing assassins are seen loading an M1 Carbine while filming another scene in the film-within-a-film. The carbine is equipped with a scope, a suppressor, and appears to have some sort of camouflage on the stock. 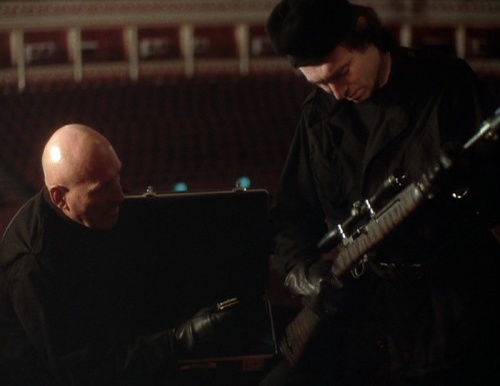 Actors with their carbine. Note the fake .30 Carbine round visible in the mag. 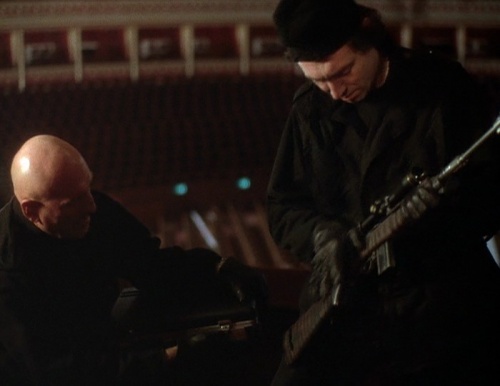 With the magazine inserted.
Retrieved from "https://www.imfdb.org/index.php?title=Thirteen_at_Dinner&oldid=1152575"
Categories: