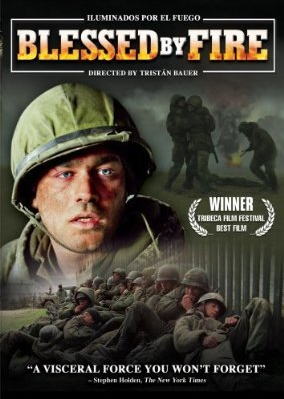 Blessed By Fire (“Iluminados por el fuego” in Spanish) is an Argentine war film set during the Falklands/Malvinas War in 1982.

The following weapons were used in the film Blessed By Fire:

A licensed copy of the Browning Hi-Power made in Argentina by Fabricaciones Militares (FM) is carried by the Argentine officers. 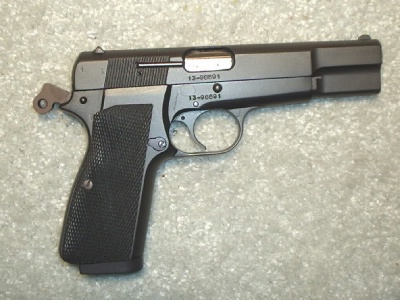 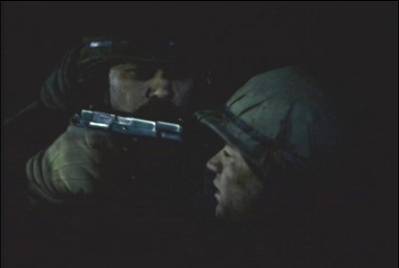 A licensed copy of the M3 "Grease Gun", manufactured in Argentina by FM, is seen in the hands of the recruits during the fall back to Port Stanley (Puerto Argentino). 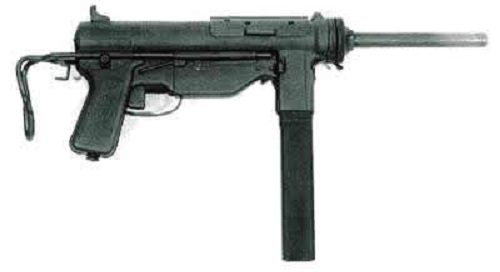 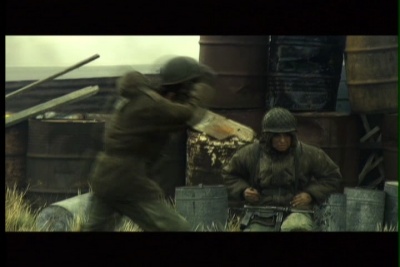 A PAM SMG carried by an Argentine soldier in Port Stanley.

The FMK-3 is seen in the hands of Argentine guards and soldiers during the fall back to Port Stanley (Puerto Argentino). 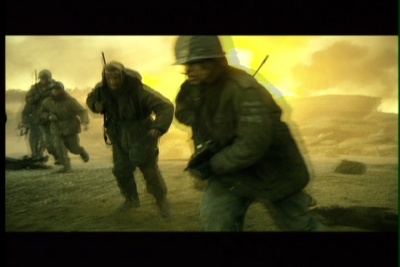 FMK-3 submachine gun carried by an Argentine soldier during the Port Stanley fall back. 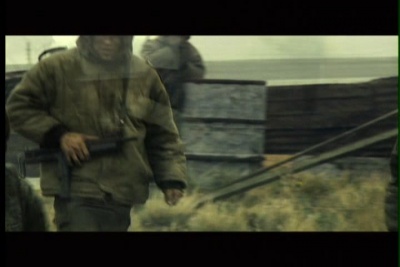 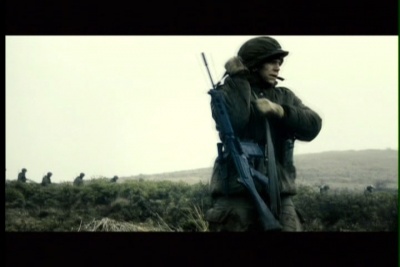 Private Vargas (Pablo Riva) carries his FM FAL on his back. 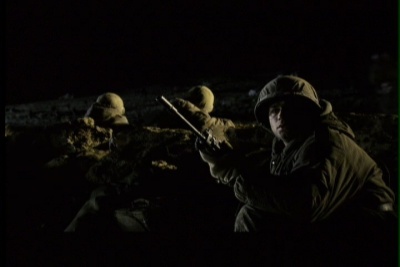 Private Leguizamón with his FAL during the night battle.

A pile of FALs are also seen in documentary videos near the end of the film. 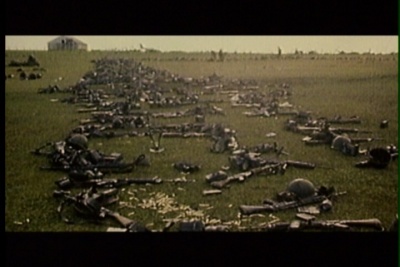 The L1A1 SLR is used by British soldiers during the last battle. They are possibly mocked-up Argentine FALs. 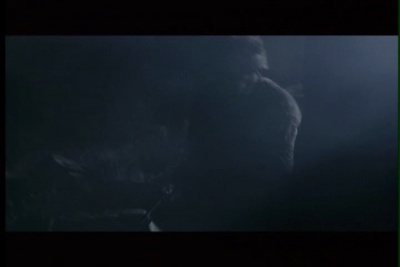 An L1A1, carried by a British soldier during the night combat.

These rifles are also seen in documentary footage near the end of the film. 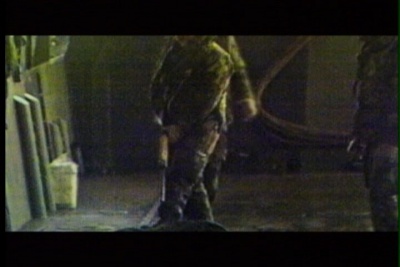 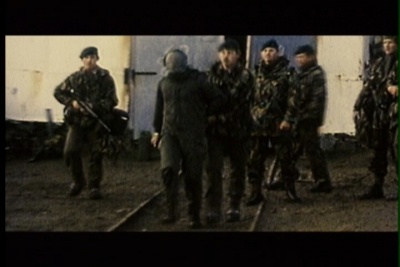 An FN MAG made under license by Fabricaciones Militares is used by Argentine soldiers during the air raid and the night combat. 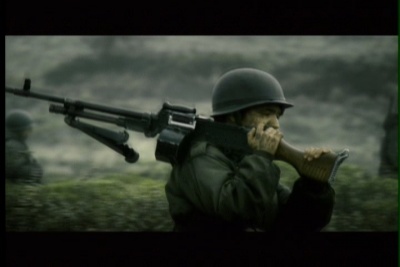 The MAG being carried by an Argentine soldier. 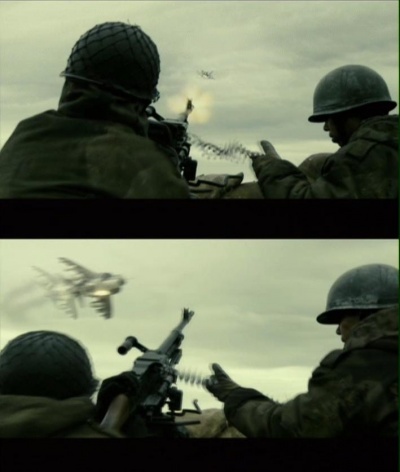 Shooting a MAG at a British Sea Harrier.

A fake MILAN is used by the British troops during the night combat. 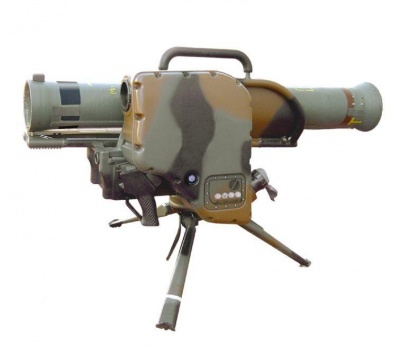 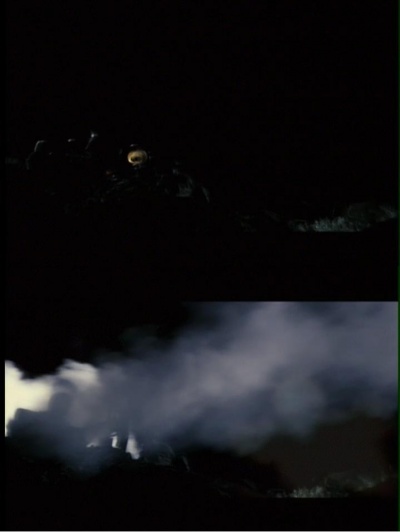 Fake Milan, possibly made by FX Stunt Team from Argentina.

One M136 AT-4 is seen near the end of the film. This is an anachronism as the film takes place in 1982, and the AT-4 was adopted in the 90s by the Argentine Armed Forces. 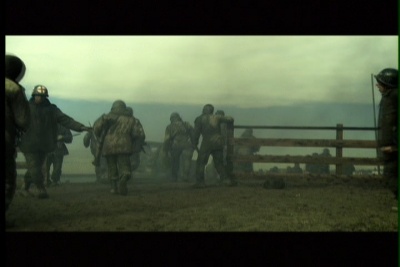 AT-4 seen on the back of an Argentine soldier
Retrieved from "https://www.imfdb.org/index.php?title=Blessed_by_Fire&oldid=1355317"
Categories: