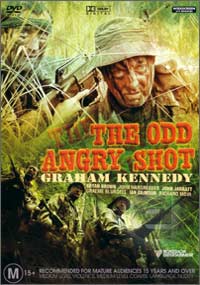 The Odd Angry Shot (1979) is an Australian film based on Australian soldiers and their experiences during the Vietnam War. It follows the departure and tour of duty of an Australian Special Air Service Regiment (SASR) reconnaissance team.

The following firearms were used throughout The Odd Angry Shot: 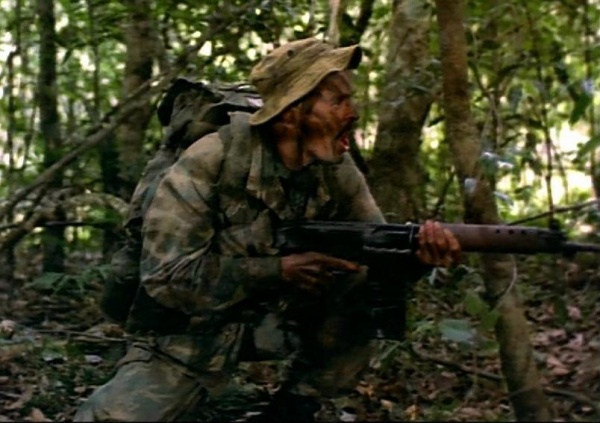 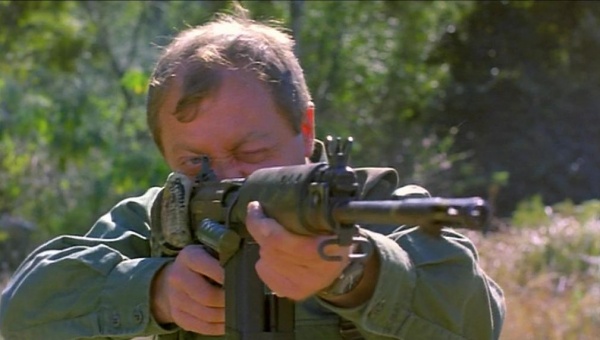 Harry firing his L1A1 on range. Note the authentic Australian SAS practice of taping a dressing to the stock 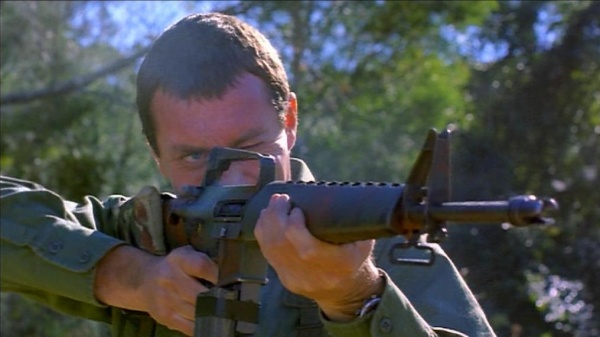 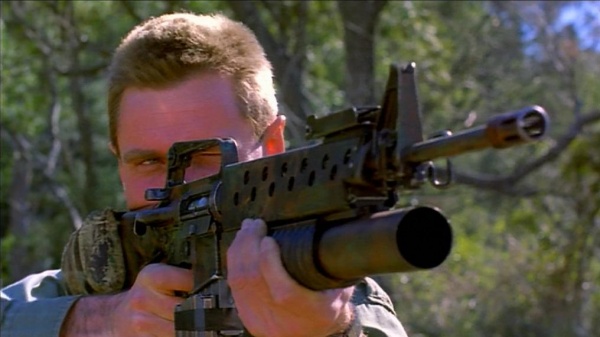 Bill is seen using a M60 machinegun during the latter stages of the movie, this is an unmodified version. During the Vietnam War, SASR armorers modified their M60's by chopping the barrel length and removing the front hand guard and fixing an SLR pistol grip in its place. 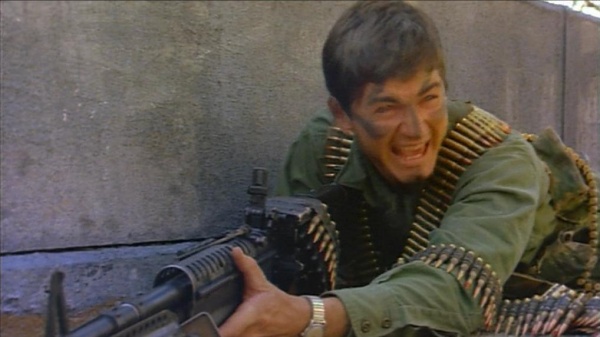 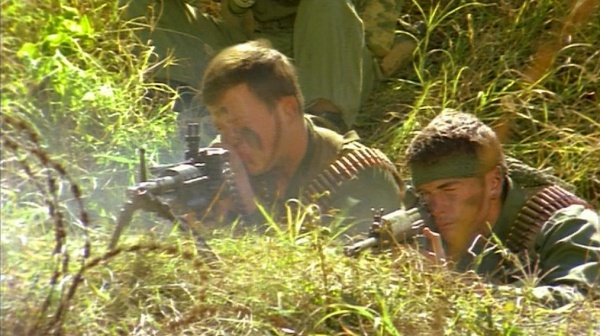 Carried by Captain Golonka (not seen as it is holstered, inferred because it is the Australian Army's standard pistol)

Assorted SASR firearms stored whilst in camp during a briefing. All the weapons have a custom camoflage paintwork, this was a universal practice of SASR weapons in the Vietnam War along with taping dressing packs to various parts of the weapons. 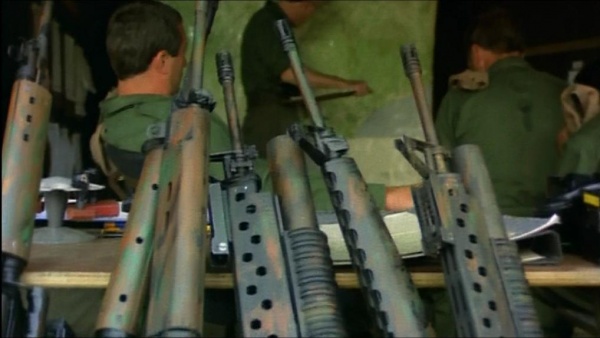