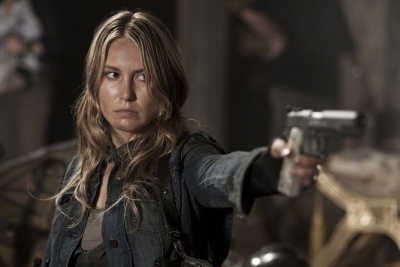 Sarah Carter is a Canadian actress. She is known for her roles as Alicia Bakein in Smallville and Maggie in Falling Skies. She also had a recurring role in Hawaii Five-0 (2010) as Lynn Downey.