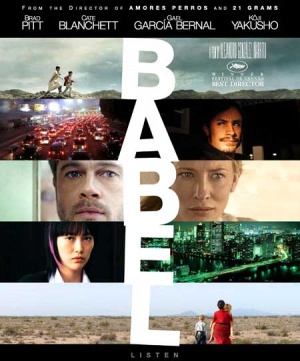 Babel is a 2006 drama directed by Alejandro González Iñárritu (The Revenant) and stars Brad Pitt, Cate Blanchett, Rinko Kikuchi, Kôji Yakusho, Adriana Barraza, Gael García Bernal, and Mohamed Akhzam. The film revolves around the tragic occurrences in the lives of people scattered around the world in Morocco, Mexico, and Tokyo and whose lives are all loosely connected.

The following weapons were used in the film Babel:

The Moroccan Police are seen armed with Beretta 92S pistols with wooden grips throughout the film. 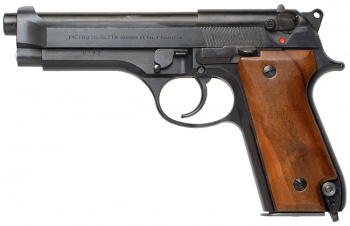 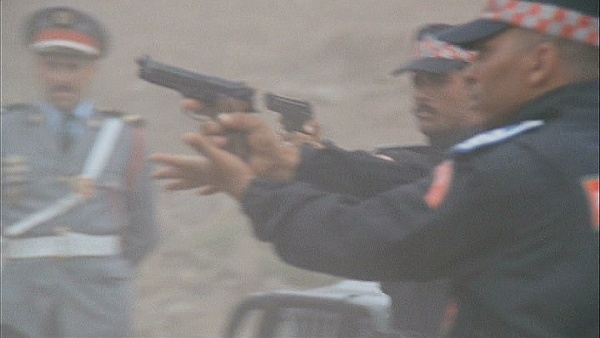 The Moroccan Police are seen armed with Beretta 92 pistols with wooden grips. 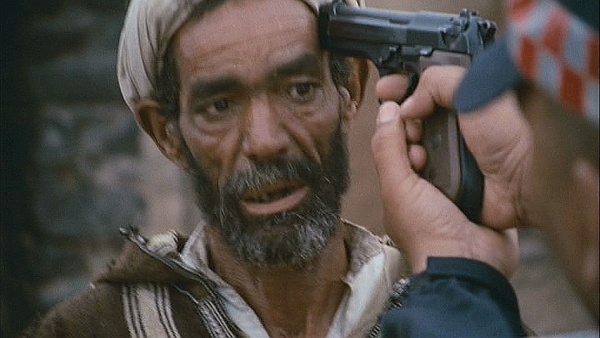 The Beretta is put to the head. 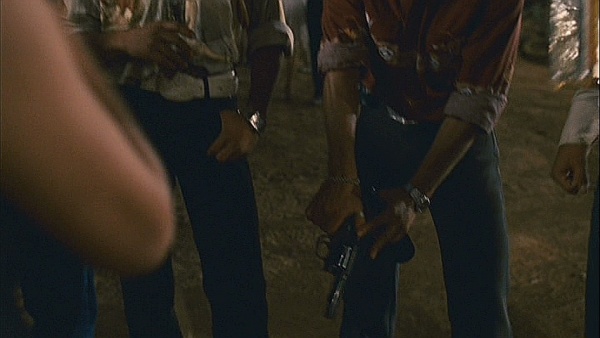 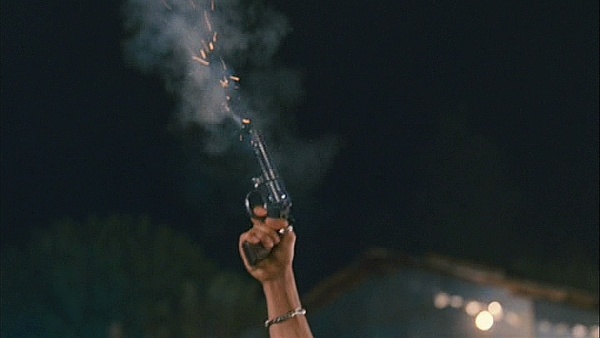 The revolver is fired.

Officer at Border Crossing Freeman (Clifton Collins, Jr.) tries to draw what appears to be a Glock 17. 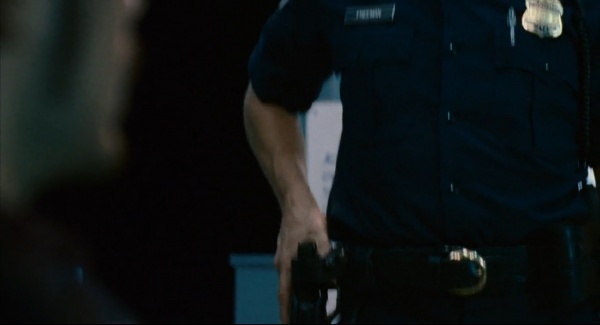 Closeup of the pistol being drawn.

Hassan (Abdelkader Bara) is given a Winchester Model 70 chambered for .270 after he acts as a guide for a Japanese businessman (Kôji Yakusho) on a hunting trip in Morocco. Hassan sells it to a friend Abdullah (Mustapha Rachidi) who lets his sons Yussef (Boubker Ait El Caid) and Ahmed (Said Tarchani) use it to shoot jackals that have been killing their goats. The boys take turns trying to outshoot each other & eventually shoot at a tour bus. A couple riding on the bus, Richard (Brad Pitt) and Susan (Cate Blanchett), are deeply affected when Susan is hit in the shoulder.

Modern update of classic Winchester Model 70 with open sights - .30-06. -The weapon in the film was chambered for .270 Winchester 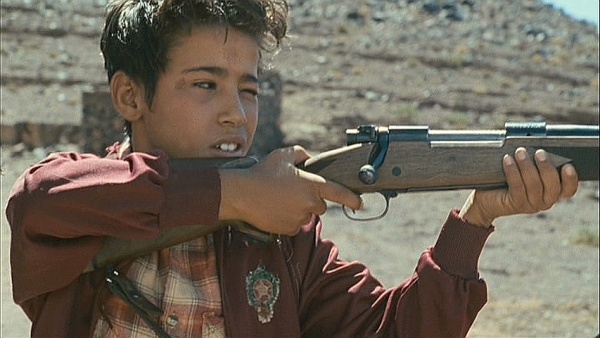 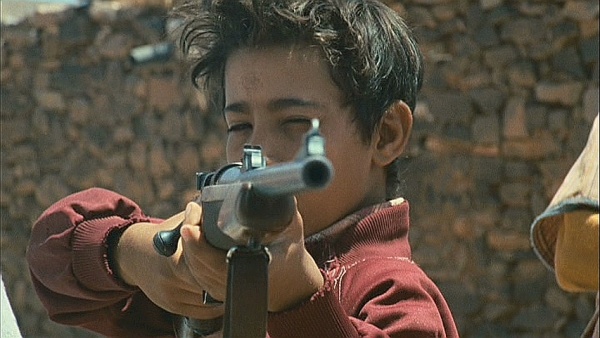 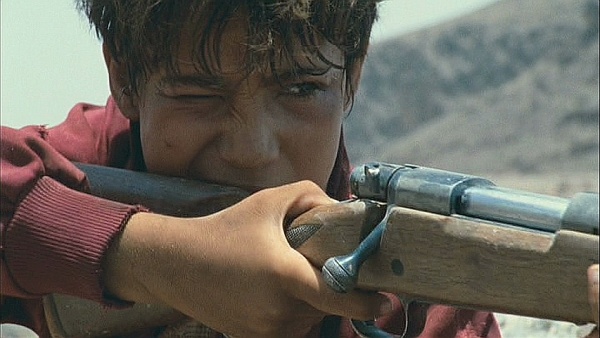 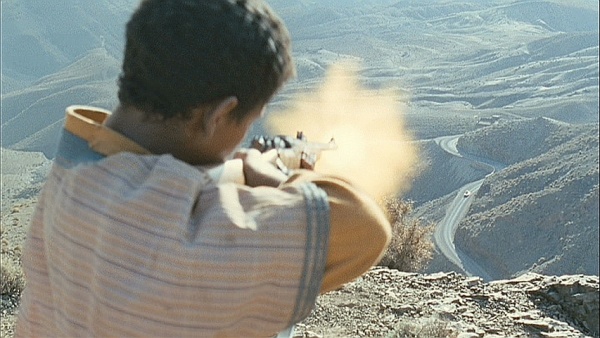 When the Moroccan Police pursue Yussef and his family, they open fire on them using FN FAL rifles. 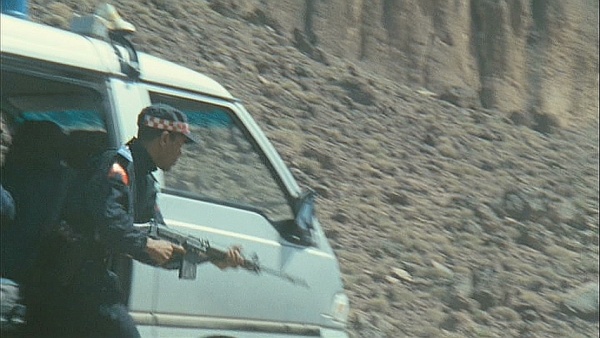 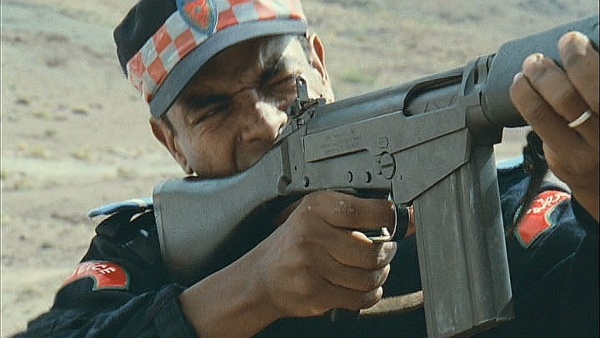 The rifle is aimed.
Retrieved from "https://www.imfdb.org/index.php?title=Babel&oldid=1064230"
Categories: