The Browning M3 or .50 AN/M3 (not to be confused with the 20mm AN/M3) aircraft gun is an extensively modified Browning M2 aircraft gun that could be fired remotely by the pilot or gunner of a jet aircraft, helicopter or light fixed-wing aircraft. The gun is distinguished by a massive pneumatic buffer at the rear of the receiver and a muzzle booster cap at the end of the barrel jacket. The gun was extensively used on late 1940s and early 1950s fighters until supplanted by 20mm cannons. No sights are furnished on the gun because the sights are considered a part of the airplane. Changes to the M3 gun relative to the M2 are: the bolt assembly, oil buffer body, and barrel extension are modified. Some versions were electrically boosted and so did not have the muzzle recoil booster. The pneumatic buffer on the M3 is designed to absorb the greater recoil forces attendant to the gun's higher cyclic rate. The most famous use of the M3 was by the American F-86 Sabres against the Communist MiG-15s during the Korean War. Also used by the F-80, F-84, F-94, T-33, B-45, B-52 (with the exception of the H model, which used the M61 Vulcan), UH-1, and HH-53.

A new version of the M3 called the M3M made by Fabrique Nationale has been adopted as the GAU-21 by the US Military for use in aircraft and anti-aircraft vehicles. It will be capable of being mounted on each of the following aircraft CH-46, CH-47, CH-53, H-60, UH-1, and MV-22. Also mounted on M1097 Avenger HMMWV. 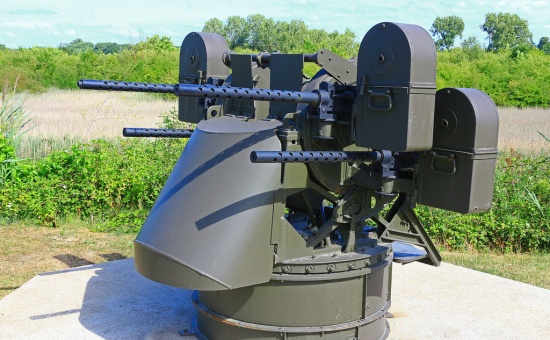 Browning M3 Aircraft on M45 Quadmount - .50 BMG. The gun at the top-left is either missing its booster cap or is a Browning M2 Aircraft. 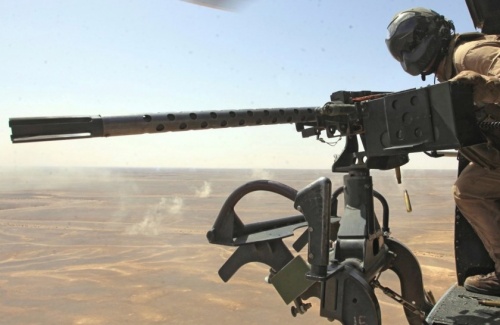 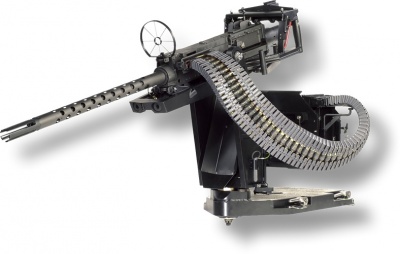