The Degtyaryov Light Machine gun (Дегтярёва пехотный, Degtyaryov Pekhotnyi) was developed by Vasily Alekseyevich Degtyaryov at the Soviet Small Arms design bureau and was the standard issue light Machine gun for the Red Army during World War II and some years after, until it was replaced by the RPK. The most common versions are the DP (Degtyaryov Pechotnyi), the DPM and the RP-46. The DP and DPM were issued in tank mounted versions known as DT models (DTM/DA). DA and its twin version DA-2 were mounted on airplanes.

Note 2: Different sources are may designate the DP as DP-27 or as DP-28; this confusion arose because the DP was accepted by the Russian military in 1927, but production started in 1928.

The Degtyaryov DP Series Machine Gun and variants can be seen in the following films, television series, video games, and anime used by the following actors: 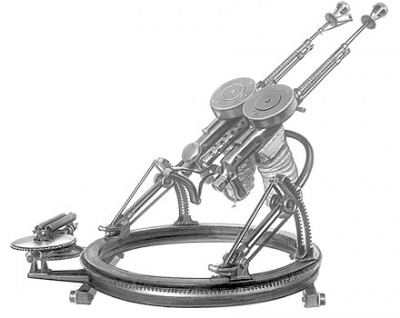