The Thirteen (Russian Title: Trinadtsat/Тринадцать) is a 1936 Russian film directed by Mikhail Romm. The film tells about a band of demobilized Red Army men and two civilians which across a Middle Asian desert. They were forced to do battle with superior forces of Basmachi (Middle Asian Muslim rebels) for the dry draw-well. Being a remake of 1934 movie The Lost Patrol by John Ford, film was remade as Sahara by Zoltan Korda in 1943 (which was also remade with James Belushi in 1995).

The following weapons were used in the film The Thirteen (Trinadtsat): 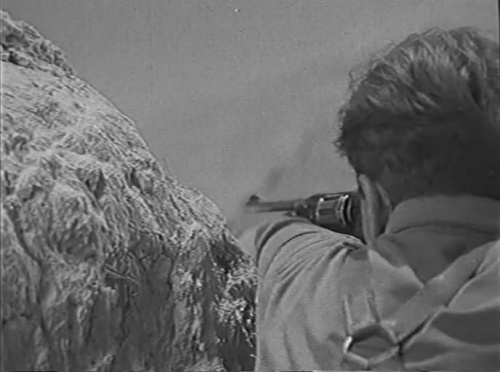 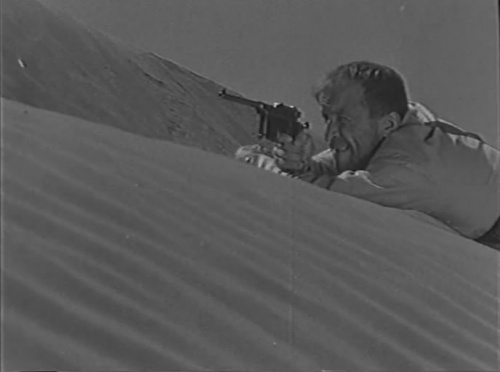 The full-length Mosin Nagant Rifles are the mainstay weapons of Red Army men and Basmachi. 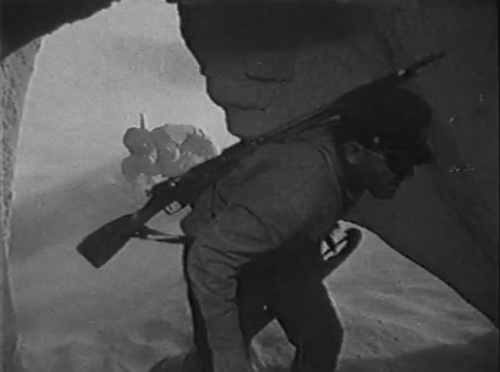 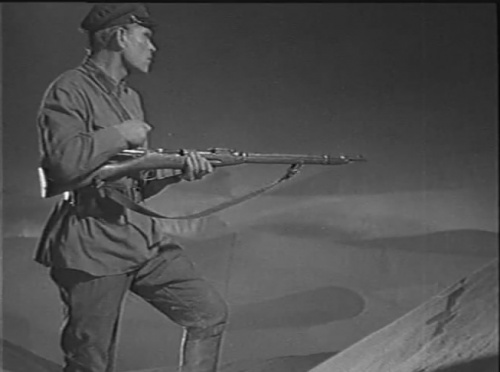 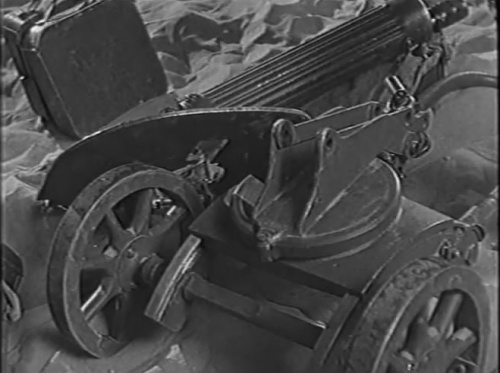 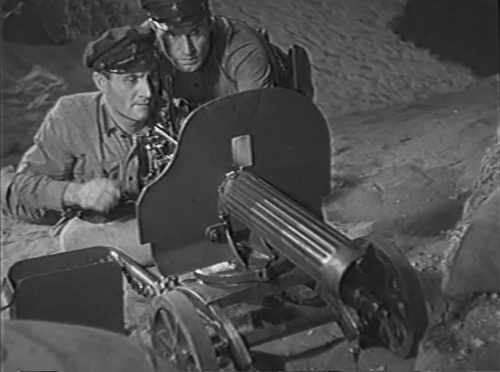 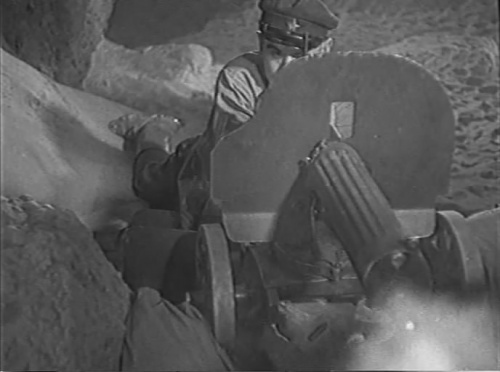 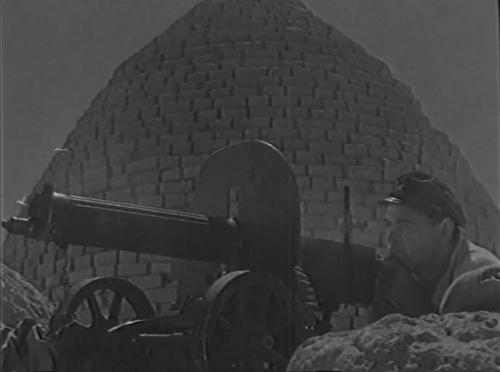 The Red Army reinforcements use DP-27 machine gun during the final battle. 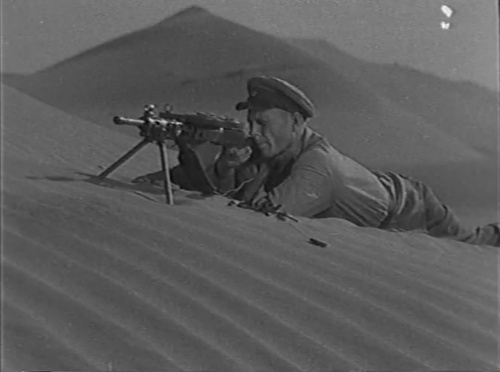 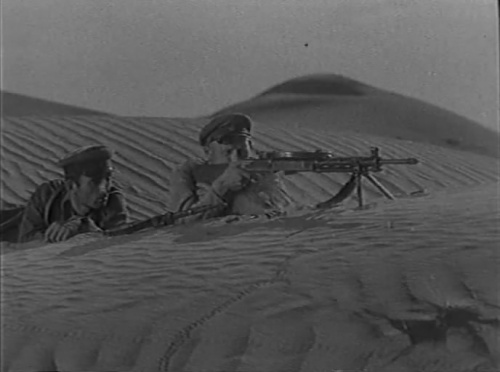 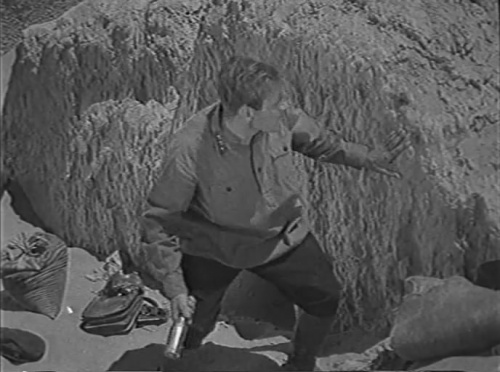