The Unknown Soldier is a 2017 Finnish war drama movie directed by Aku Louhimies (Tears of April) based on the 1954 novel of the same name by Väinö Linna. The film is the story of a Finnish machine gun company during the Continuation War. It shows how friendship, humor, and the will to live unite these men on their way there and back. The war changes the lives of each of the soldiers as well as the lives of those on the home front, and also leaves its mark on the entire nation. This is the third film adaptation of the novel after the 1955 and 1985 versions.

It was released for the 100th anniversary of the Finnish independence (December 6, 1917) and was shot almost entirely with natural light in a manner similar to the 2015 movie The Revenant.

The following weapons were used in the film The Unknown Soldier:

Kariluoto takes cover with his Luger during the first battle. 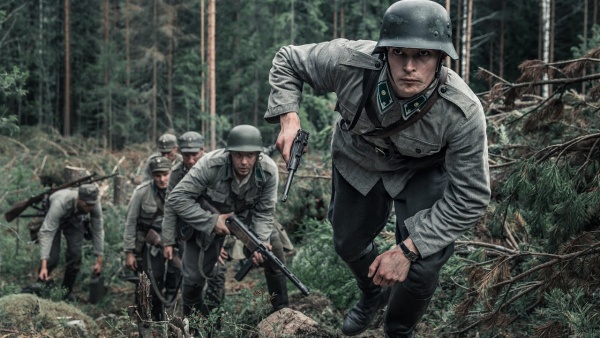 Kariluoto leading his squad with his Luger in a promotional picture.

The superior officer shouting to his men holds his P08.

Angry about his retreating soldiers, Lieutenant Colonel Karjula (Janne Virtanen) points his Luger at one of them.

Col. Karjula desperately brandishes his pistol at advancing Soviet tanks. A scene later, it turns into a C96.

A Mauser C96 is wielded by Captain Kaarna (Pirkka-Pekka Petelius, who played Hietanen in the 1985 version) as his personal firearm.

Kaarna with his holstered C96 as he sees the situation of Kariluoto's unsuccessful attack. Note the WWI German Stahlhelm M16 worn by him and his adjutant.

"Cut them down, son of the North!"
After drawing his Mauser, he goads Kariluoto's men into a new charge.

During the night raid, the leader of the Soviet raiding party draws a Tokarev TT-33. Cpl. Rokka (Eero Aho) disarms him and fires the pistol at the rest of them.

The soldier struggles with Rokka for the pistol.

Rokka fires the TT-33 at a Soviet soldier.

Antti Rokka waiting with his KP/-31 for a grenade explosion to storm a Soviet trench.

After reaching the last trench, he empties his KP at retreating Soviet soldiers.

Inspireded by Rokka's combat instructions, Kariluoto does the same with his KP equipped with a drum magazine.

Rokka aims at a Soviet squad during the night.

Rokka watches a gunfight throughout the woods with his KP/-31 at the ready.

A German soldier is seen with an MP40 while driving a motorcycle with an officer.

Rokka eyes a German soldier with his slung MP40 when he drives past the truck.

Some Soviet soldiers are armed with PPD-40 SMGs.

"Don't point your weapon at me, it will be the death of you."
Rokka removes the drum magazine from a dead Soviet soldier's PPD-40.

A PPSh-41 is briefly used by a Soviet Captain and Antti Rokka during the night trench raid.

The wounded Captian tries to reach his PPSh.

Rokka aims the PPSh at the rest of the soldiers.

He fires blindly at retreating Soviets.

The Finnish Mosin-Nagant P26 variant is the Finnish Army's most used rifle. The P-Series is the final step of the Finnish overhaul program of old imperial Russian Mosin-Nagants. Notable users are Rokka, Susi (Arttu Kapulainen), and Honkajoki (Juho Milonoff).

The muzzles are seen as the soldier are briefed by Lt. Koskela.

Rokka with a slung P26 rifle.

Many Mosin-Nagant P26 (and other variants) rifles in the barracks.

Kariluoto holds a Mosin-Nagant after the ambush of Soviet soldiers in a deleted scene.

Susi aims his rifle during the retreat.

Vanhala (Hannes Suominen) and some other Finns are seen with M28 Finnish Mosin-Nagant Rifles. A marching German column that Rokka encounters appears to also carry these rifles instead of Karabiner 98ks.

The slung M28 over his back.

Two Finnish soldiers with the rifles getting on a truck on the right.

A Finn on march carries his M/39 upside-down.

Pvt. Hauhia passes by a trench toilette with his rifle.

Shocked by the injured soldiers, Hietanen stops marching, which offers a view of the barrel, front sight, and muzzle.

Some abandoned M91/30s lie in a cleared-out Soviet foxhole. The one in the foreground shows a blurry view of the rounded receiver, while the other one seen in front of Cpl. Hietanen has a hooded front sight.

At least one Finnish soldier is seen with a Mosin-Nagant M/27, which is a special version for Ski Troopers.

Mosin-Nagant M/27 with sight protector for the bayonet - 7.62x54mmR

The soldier walking in front of Hietanen carries his rifle.

A Finn manning the AT rifle.

Kariluoto gives the order to fire.

A Tokarev SVT-40 is briefly seen held by a Finn.

The Tokarev's muzzle is seen behind Sihvonen covered by snow.

Another soldier (far left) in a retreat column lugs an SVT-40 over his shoulder.

Finnish and Soviet soldiers use the DP-27.

A Finn on the right advances with his carried DP-27 into Soviet territory.

Another Finnish soldier on the left marching with the MG.

The abandoned DP behind Vanhala.

A Finnish on an open field fires the LS/26 during the first charge.

The same soldier now fighting in the woods aims at a Soviet position.

A closer view of the muzzle as Lieutenant Kariluoto instructs the soldier to hold the line.

The soldier picks up his light machine gun to withdraw.

The Maxim M/09-21 is widely used by the Finnish machine gun company. 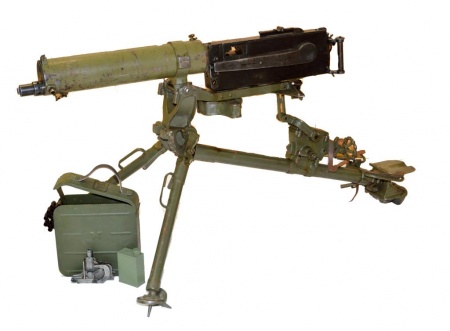 "Fire at their nuts!"
Finnish soldiers start firing with their M/09-21.

The Maxim in action by Lehto while suppressing a Soviet MG position.

Lehto still shooting his same Maxim to support his comrades.

Rokka deploys the Maxim on a fallen tree after the river crossing.

He tries his luck to hit the gunner of a Soviet machine gun .

Left view of his Maxim's receiver as he gives order to attack the trench.

Sihvonen (Kimi Vilkkula) is responsible for the ammunition belt.

A Maxim M1910 is briefly seen carried by a Finnish soldier during the first battle.

The Finn holds the Maxim.

The Finnish squad encounters an entrenched Soviet MG team that is armed with a Degtyaryov DS-39 machine gun after the river crossing. 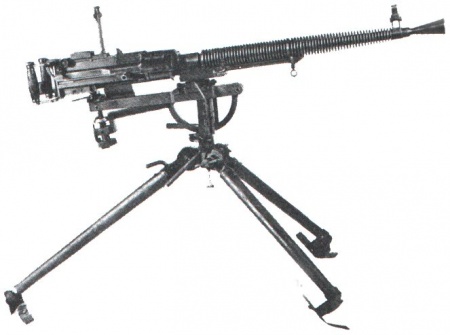 A Soviet soldier greets the landed Finns with the DS-39.

Rokka rushes by the MG position and takes some shots to be sure it is silenced. 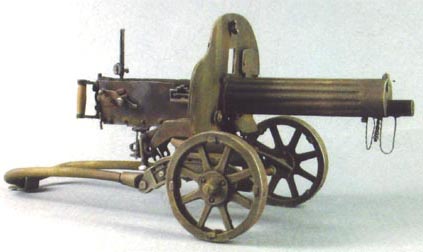 Rokka next to the Maxim position.

Kariluoto unscrews the cap of a stick grenade.

Three M/41 hanging on the trench wall behind Rokka as he reports to an inspecting Colonel (Robert Enckell).

He took one grenade.

Two improvised Kasapanos on the ground.

Having made it far enough, he prepares the satchel charge.

Some Finnish M32 Egg grenades are used by Vanhala (Hannes Suominen) during the last battle.

Vanhala takes a swing to throw a grenade in a Soviet trench.

Shorty after, he ducks while clinging to his other grenades.

A Putilov Field Gun is briefly seen drawn by horses.

Two unknown mortars are briefly seen during the fighting.

The squad is supported by French mle. 1917 Schneider howitzer. 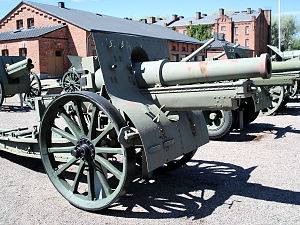 One Finn tries to approach the T34/76 with a Tellermine 35. The same Tellermine is then thrown by Corporal Hietanen after the first carrier was unlucky. 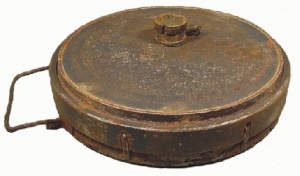 Corporal Hietanen approaches a T34/76 with the Tellermine picked up from his fallen comrade.

He crawls with the mine.

The Finns stationed a Bofors 40mm anti-aircraft gun after the occupation of the city of Petrozavodsk. 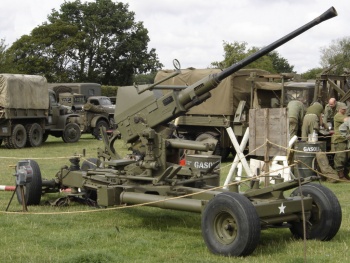 Rokka fires an OSP-30 Flare Pistol during his night watch. 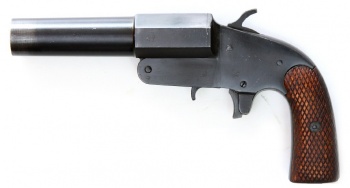