One-Two, Soldiers Were Going... (Russian Title: Aty-baty, shli soldaty... /Аты-баты, шли солдаты) is a 1977 World War II drama directed by Leonid Bykov. A detachment of Soviet soldiers held back the German forces, which break forth from surroundings in spring 1944. Many years later, the children of fallen soldiers gathered at the graves of their fathers.

The following weapons are featured in the film One-Two, Soldiers Were Going...: 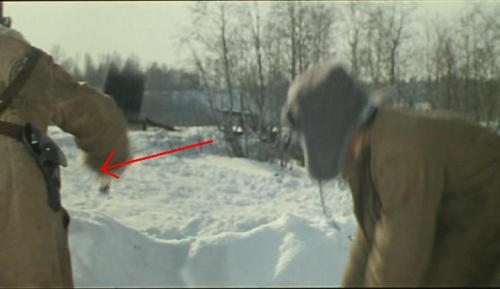 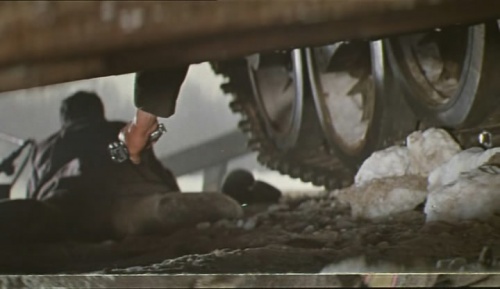 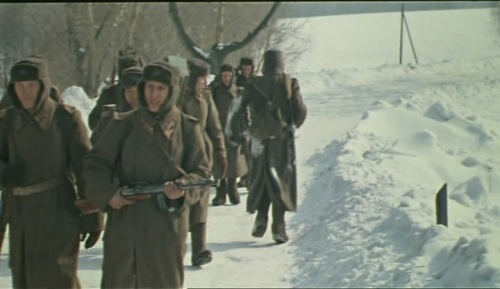 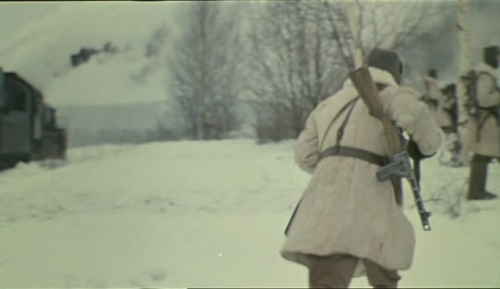 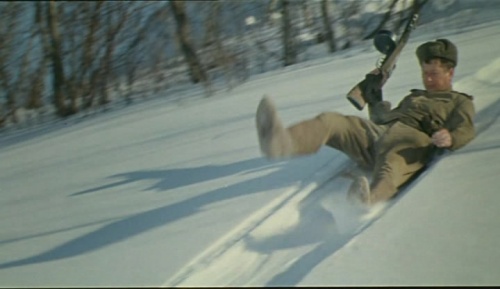 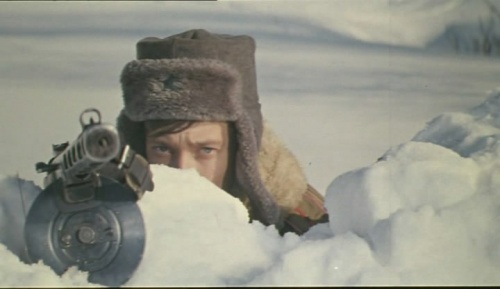 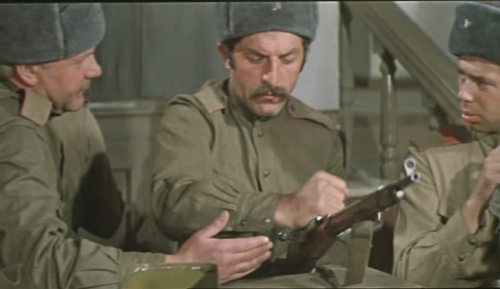 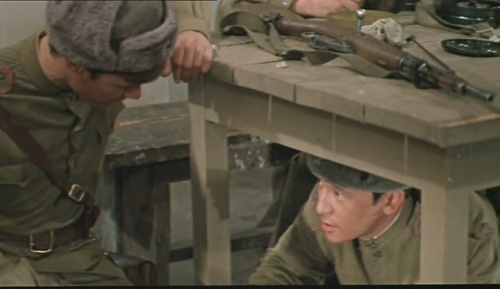 The Mosin Nagant M38 carbine lies on a table 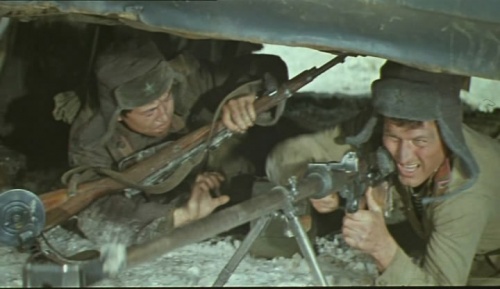 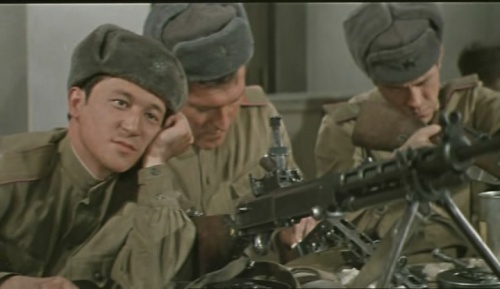 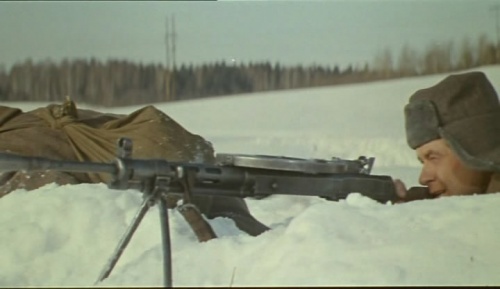 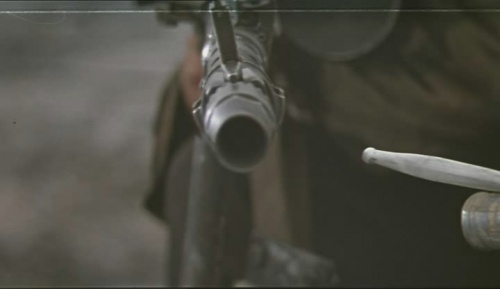 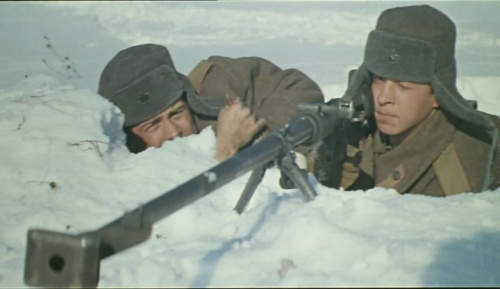 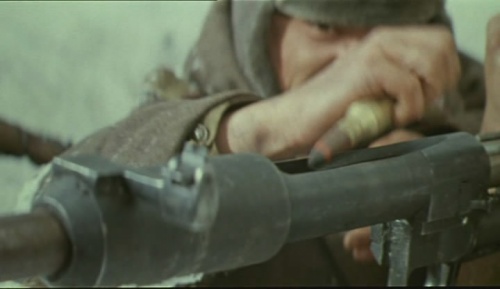 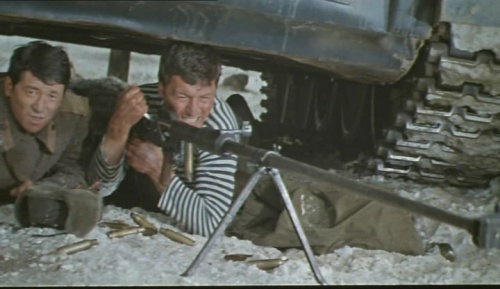 Note as cartridge is extracted from the PTRD-41 rifle 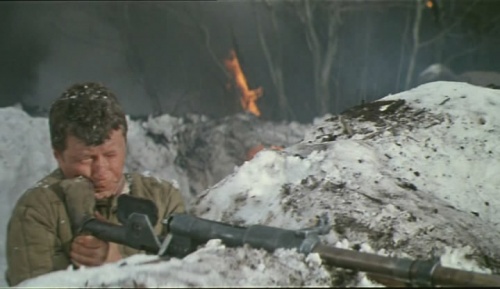 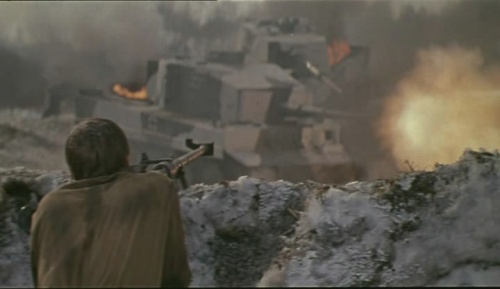 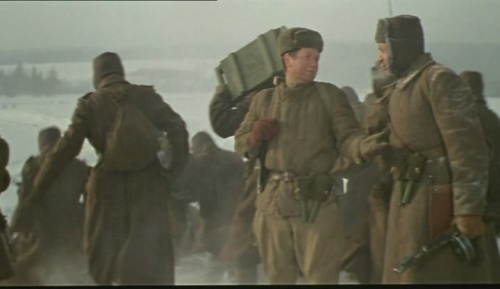 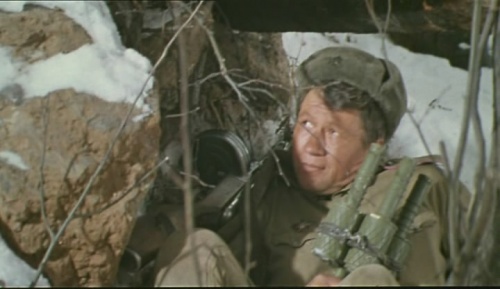 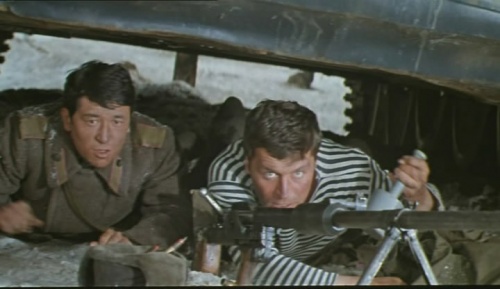 A Fake German 'Tiger' tanks were built on an Soviet T-54 tank chassis. This is the same replica used previously in the movie, Liberation (Osvobozhdenie /Освобождение). 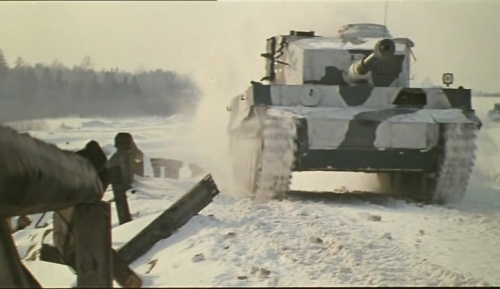 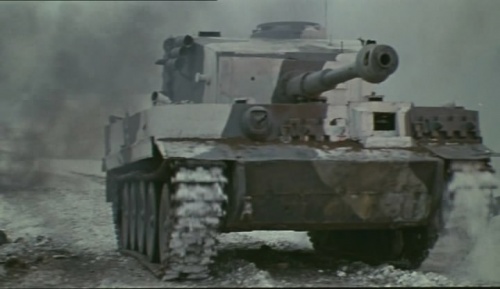