Sashka is a 1978 Soviet war drama directed by Aleksandr Surin. It depicts several days of the life of Sashka, a Red Army soldier. The story takes place during the Battle of Rzhev in Summer 1942.

The following weapons were used in the film Sashka: 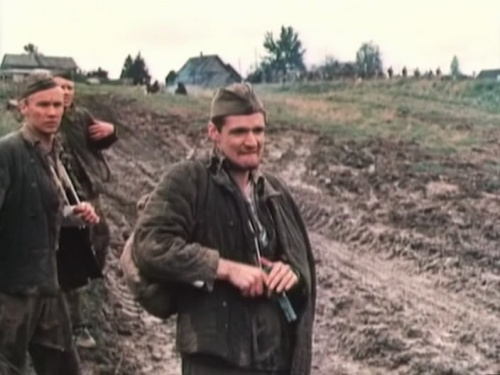 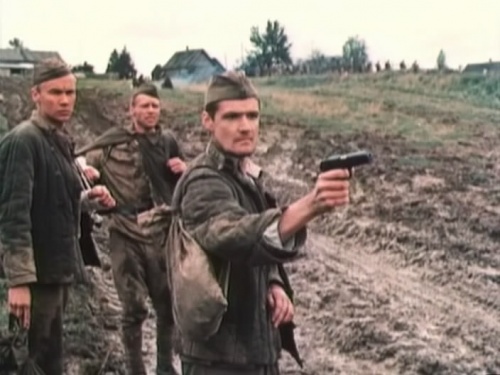 Many Soviet soldiers are armed with PPSh-41 submachine guns with drum magazines. 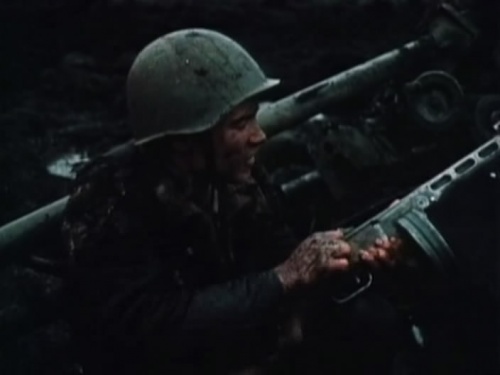 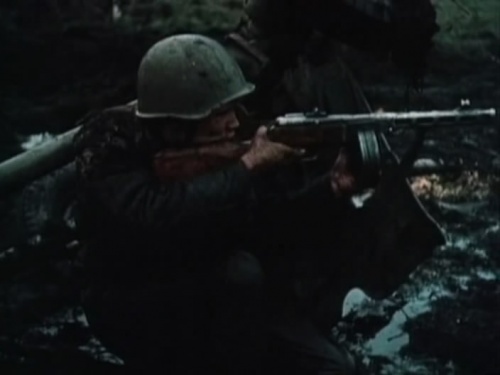 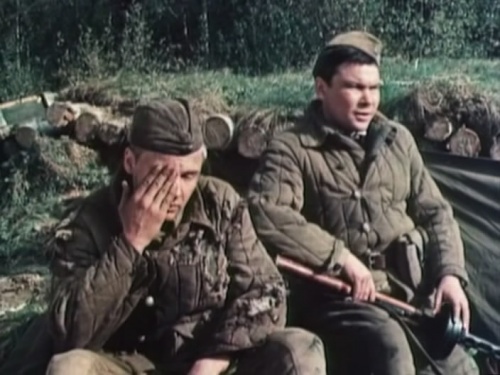 Tolya (Vyacheslav Molokov) (at the right) with PPSh. 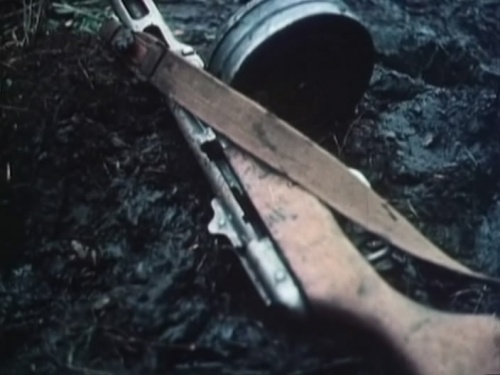 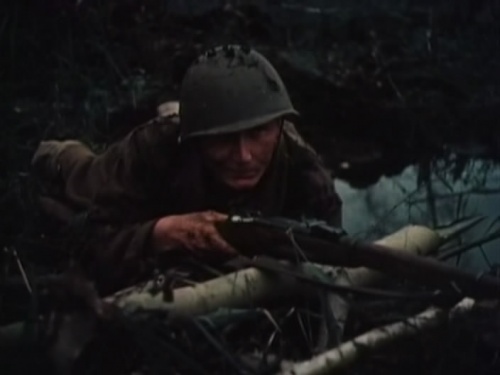 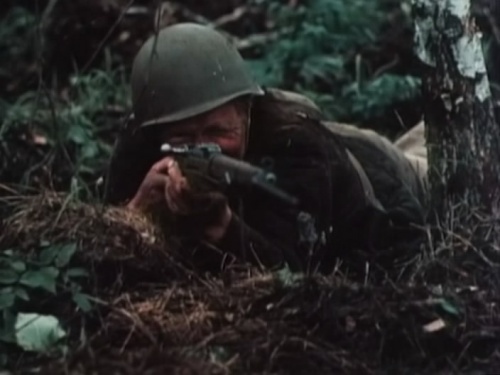 Another soldier aims his M91/30 rifle with bayonet. 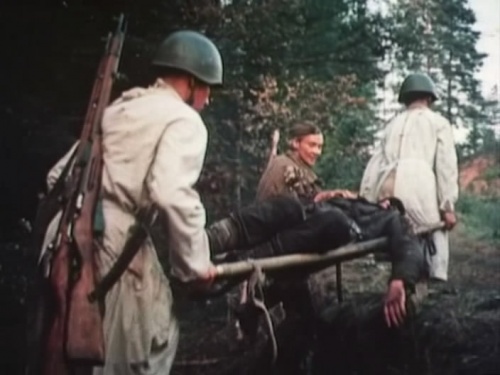 A medical orderly soldier carries his rifle and the rifle of the wounded soldier. 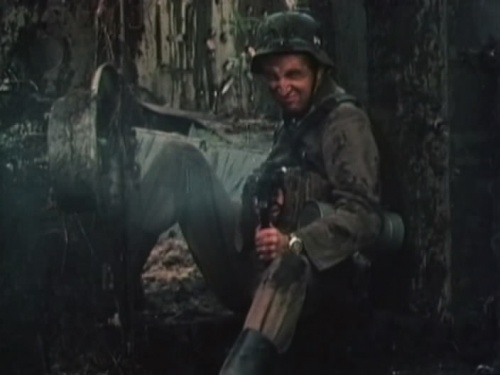 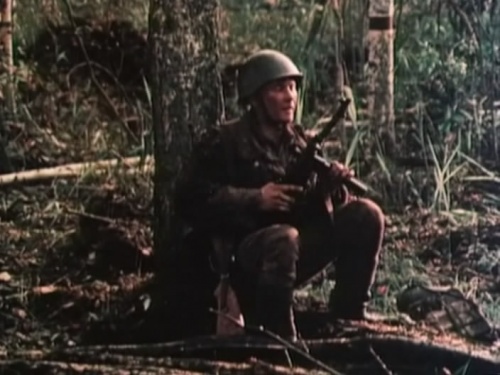 A Degtyaryov DP-27 light machine gun is seen in one scene. 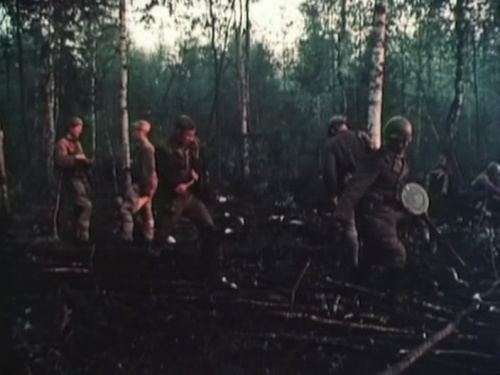 Sashka (Andrei Tashkov) uses an RGD-33 grenade in one scene. 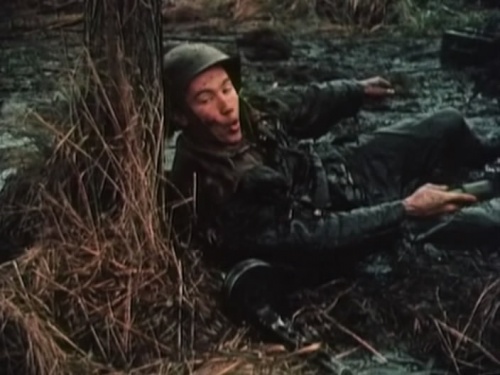 Sashka readies to throw a grenade. It lacks fragmentation sleeve. 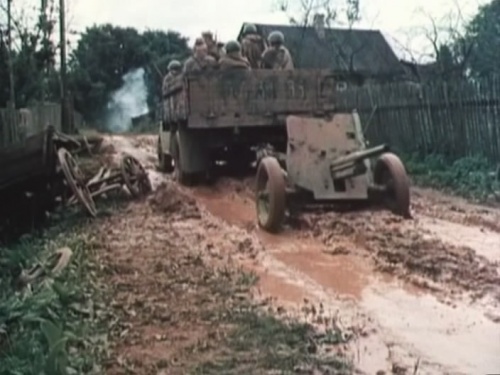