Tank Klim Voroshilov-2 is a 1990 Soviet war movie directed by Igor Sheshukov. In July 1941 during the retreat of Soviet troops Sgt. Mamin finds an abandoned Soviet heavy tank KV-2. He gathers a motley crew of soldiers and civilians and readies the tank for battle.

The following weapons were used in the film Tank Klim Voroshilov-2:

A Tokarev TT-33 pistol is seen in hands of a Soviet officer in the opening scene. 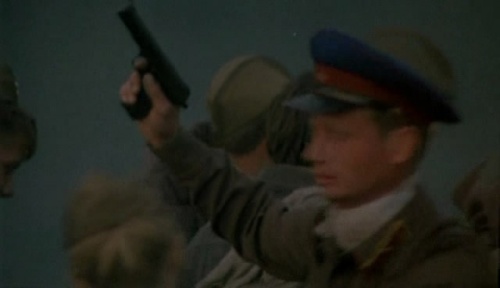 The officer fires his TT in air, trying to establish order of crossing the bridge. 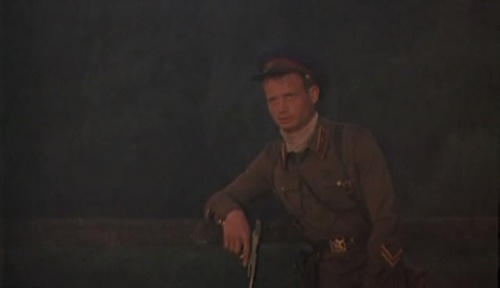 Most Soviet soldiers are armed with Mosin Nagant M1891/30 rifles, often with bayonets. 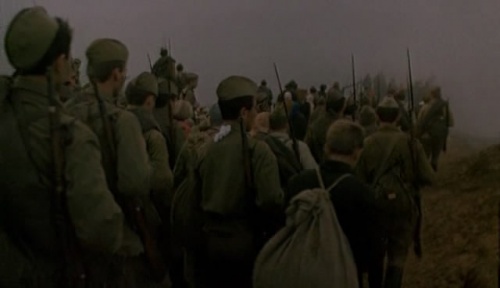 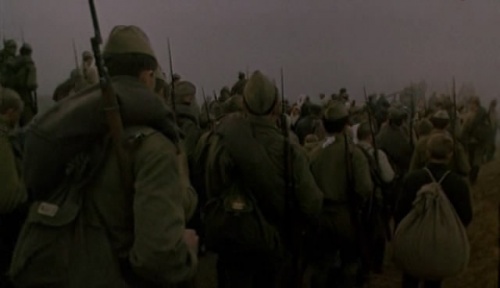 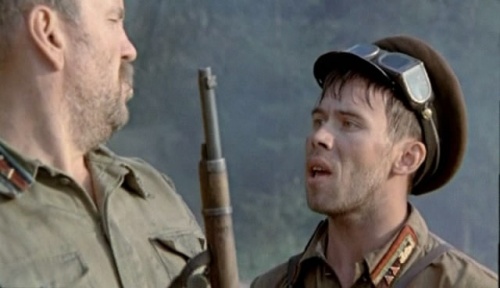 A pioneer troops Sgt. (Valentin Bukin) (at the left) holds an M38 Carbine. 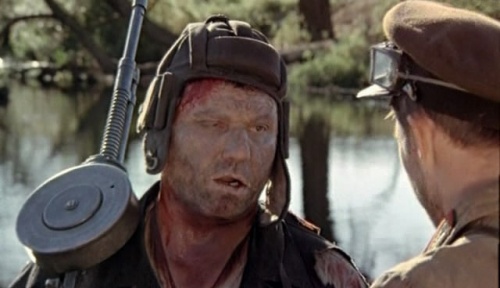 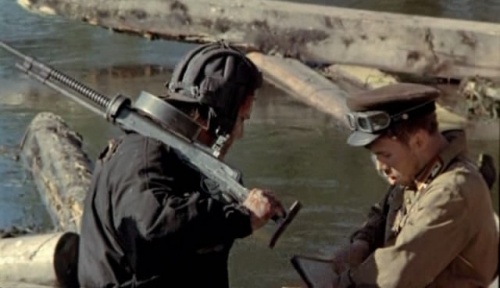 A side view of the machine gun.

The "title character" of the movie, KV-2 heavy tank is a mockup based on the chassis of IS-2M tank with a fake turret. 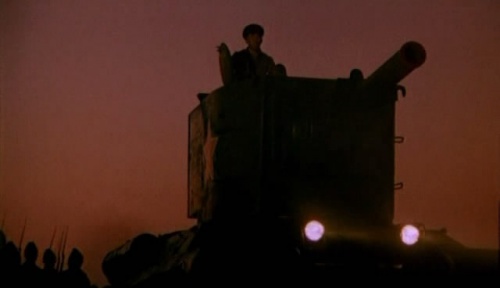 The KV-2 tank on a night march. 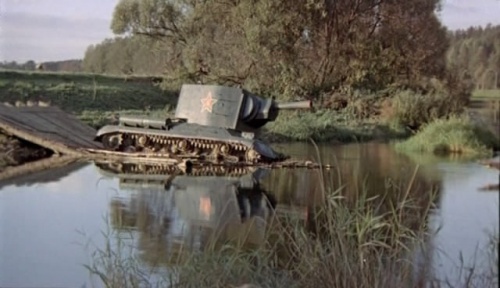 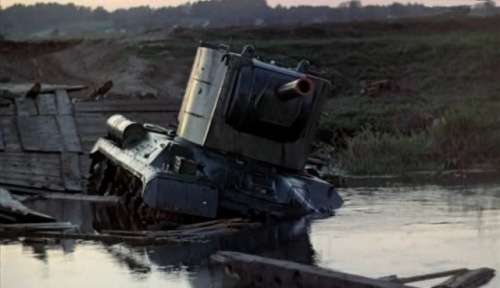 The KV-2 stucks at the crossing over the river.
Retrieved from "http://www.imfdb.org/index.php?title=Tank_Klim_Voroshilov-2&oldid=916622"
Categories: