Liberation: Direction of the Main Blow

Liberation is the most large-scale World War II film ever made in the Soviet Union.

The following weapons were used in the film Liberation: Direction of the Main Blow:

Tokarev TT-33 is the standard sidearm of Russian officers

Soviet troops and partisans widely use PPSh-41 submachine guns in this movie. Mostly with drum magazines

German troops widely use MP40 submachine guns in this movie. Some Russian soldiers and partisans also use captured MP40s

American soldier holds the M1 Garand. He can be seen in documentary footage 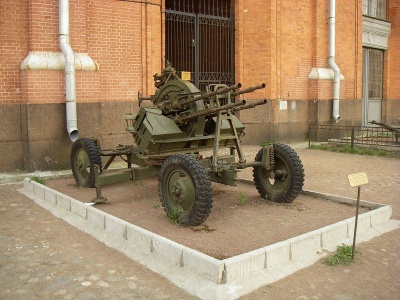 SU-100 self-propelled tank destroyer seen at the background. This footage from previous series

German PzKpfw V Panther tank converted from Soviet IS-2 tank. This footage from the first series

Scale Model of Messerschmitt Bf.109 fighter can be seen in Normandie-Niemen episode. The Normandie-Niemen was a fighter squadron (later regiment) of the French Air Force. It served on the Eastern Front together with the Soviet Air Force