Order: Don't Open Fire (Prikaz: ogon ne otkryvat) is a Soviet 1981 war movie directed by Valeri Isakov and Yuri Ivanchuk. The story takes place during the World War II and tells about a life of a battalion of Soviet soldiers which is deployed on the Far East where a "silent war" between USSR and Japan takes place. This movie is the first part of duology; in 1982 the second part, Order: Cross the Border (Prikaz: pereyti granitsu), was filmed.

Most Soviet officers including Captain Pavel Tikhonov (Vladlen Biryukov), the main character of the movie, carry holsters for Tokarev TT-33 on their belts but the pistols themselves are not seen. 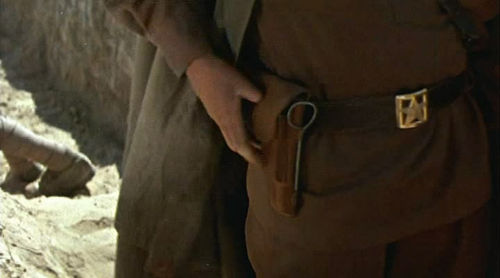 A Soviet officer carries a pistol holster on his belt. 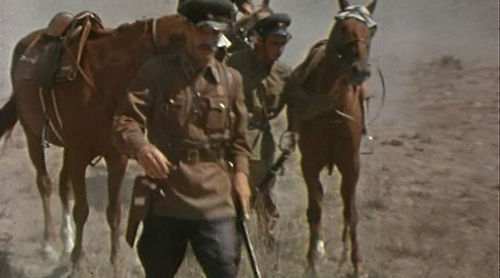 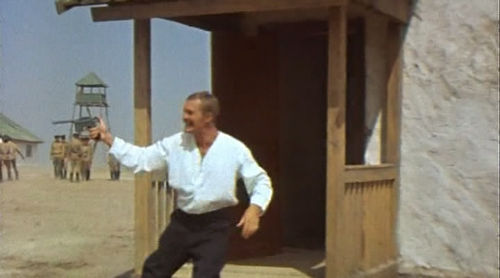 The same officer holds his Mauser. 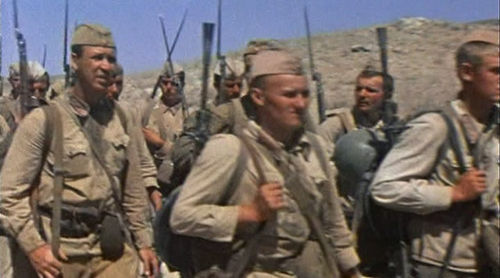 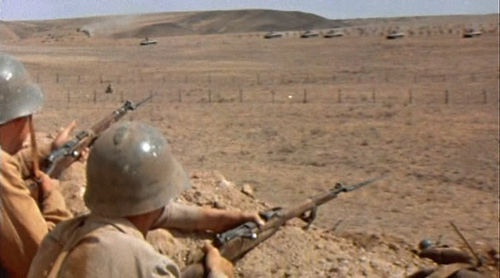 Soldiers hold their rifles with bayonets. 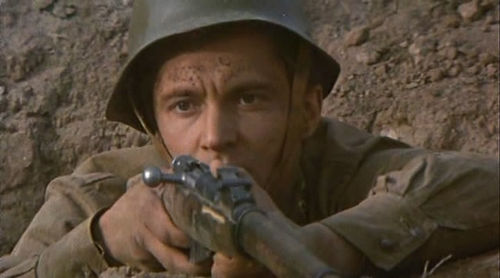 A close view at the rifle. The rear sight can be seen. 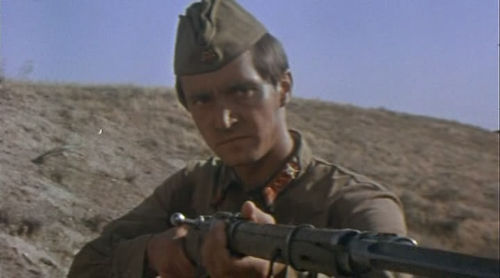 Degtyaryov DP-28 machine guns are seen in hands of Soviet soldiers but none of them is used in action. 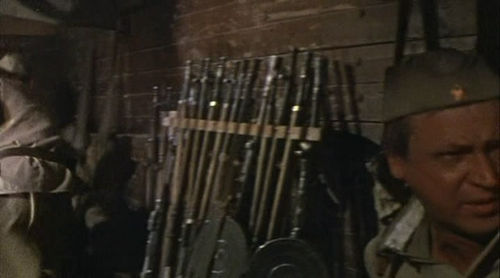 Several DP-28 machine guns are seen near the wall. 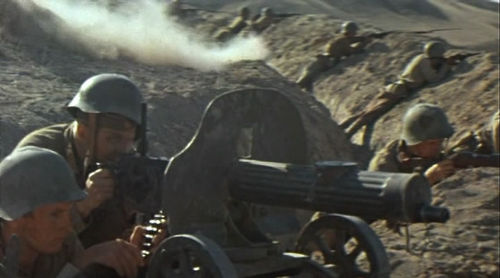 Soldiers with Maxim M1910/30 are ready to open fire. Note the top hatch on cooling jacket which indicates that this machine gun is of post-1941 manufacture. 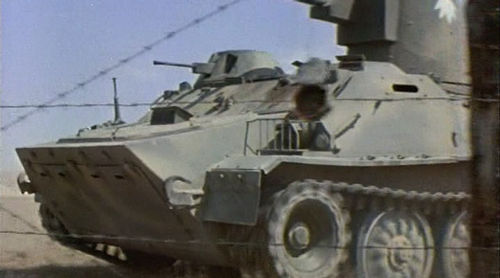 A small turret with PKT is seen. The main turret is fake. 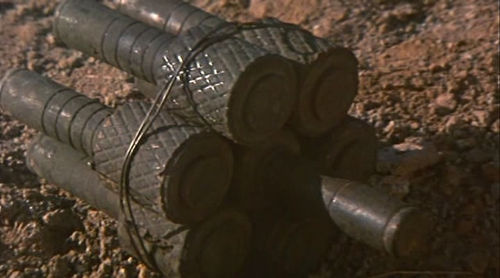 A close view at the bundle of seven RGD-33 grenades, readied for anti-tank purpose. 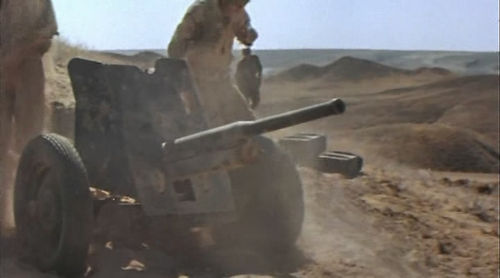 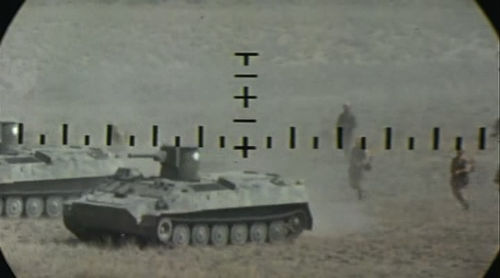