Where is the General? (Gdzie jest general?)

Gdzie jest general? (English: Where is the General?) is a 1964 Polish war comedy directed by Tadeusz Chmielewski (How I Unleashed World War II). Starring Jerzy Turek and Elzbieta Czyzewska.

German officers in movie used Luger P08 as their sidearms. 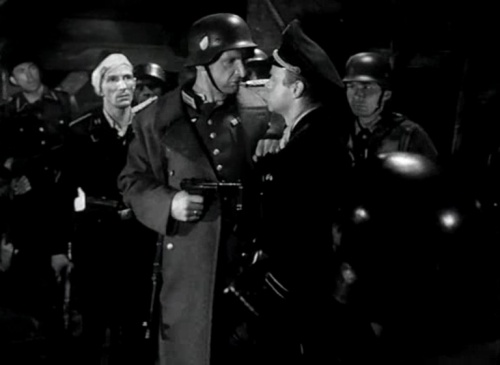 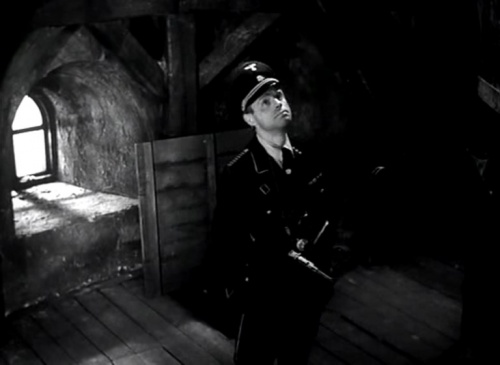 SS officer (Stanislaw Niwinski) search for the missing General with a pistol in his hand. 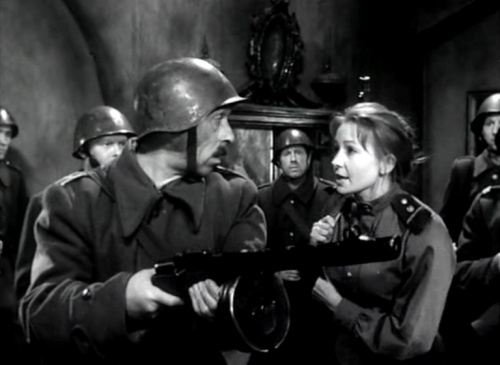 Sgt. Panasiuk (Boleslaw Plotnicki) has finger on the trigger of his PPSh-41. 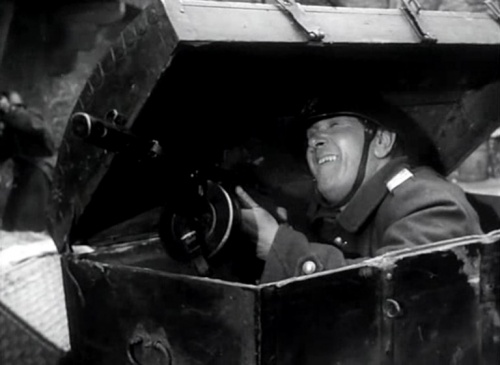 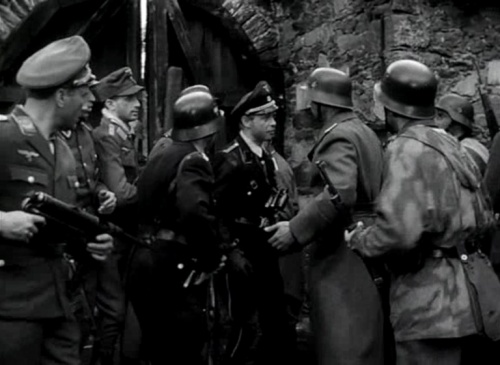 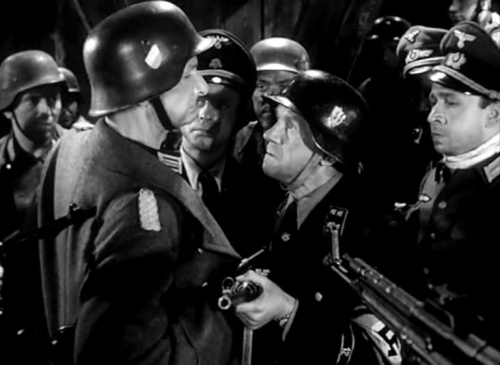 A soldier with a Mosin Nagant M38 Carbine over his shoulder said: "Somewhere here is a hidden a German general!". 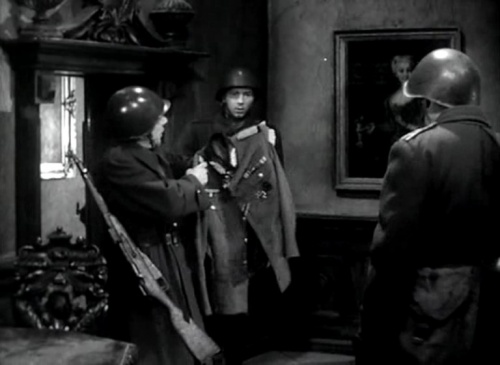 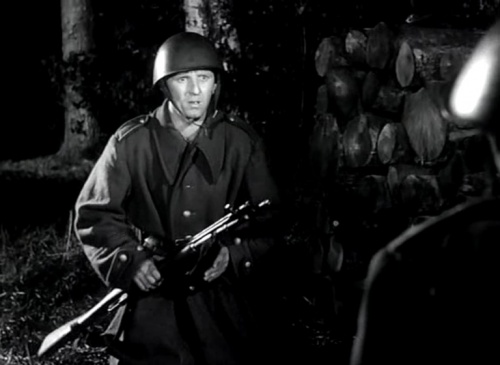 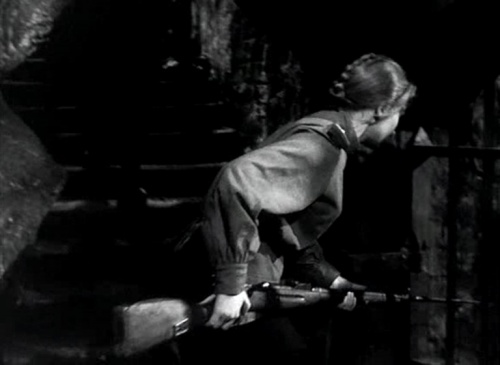 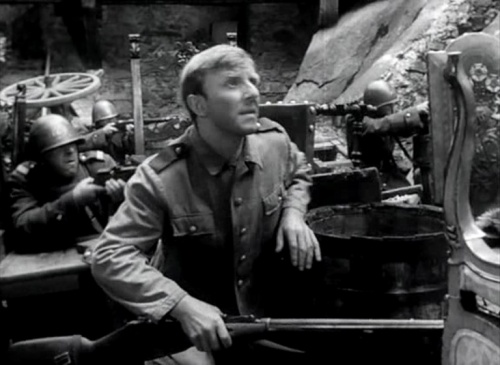 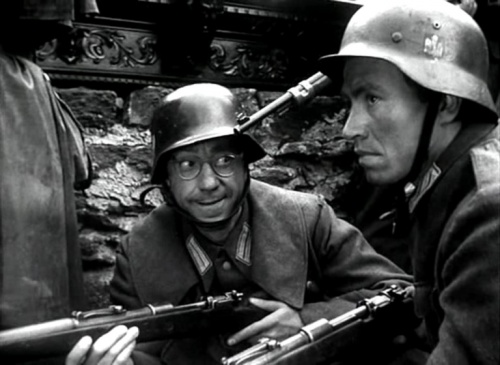 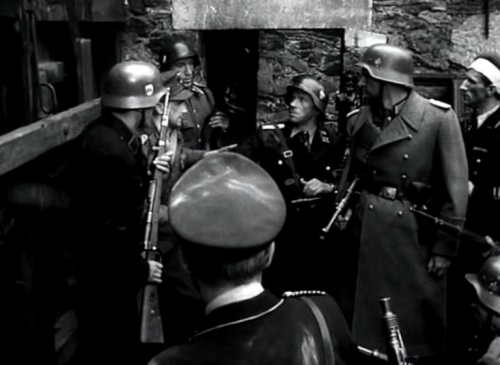 Another German soldier (left) with a rifle and Col. Grabner (Stefan Rydel) (right) with a submachine gun.

One of the SS-men (front) aims at Col. Grabner his Sturmgewehr 44 assault rifle. 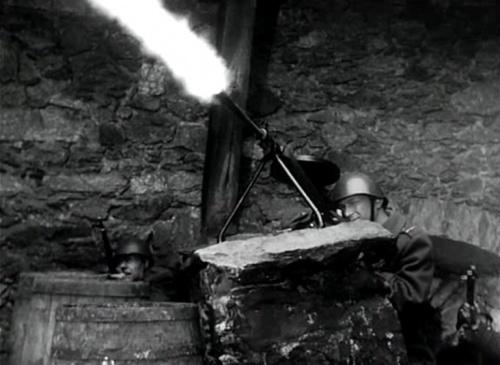 German soldiers with pair of MG34s ready to fire. 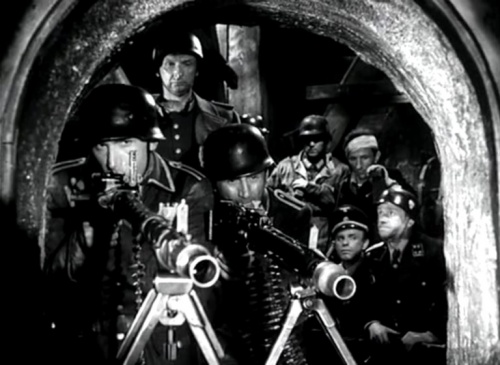 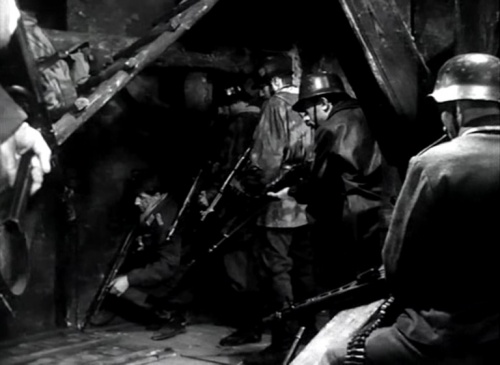 Sturmbanführer Heulinger (Zygmunt Zintel) carries a MP40 in his hand and a M24 Grenade on the belt. 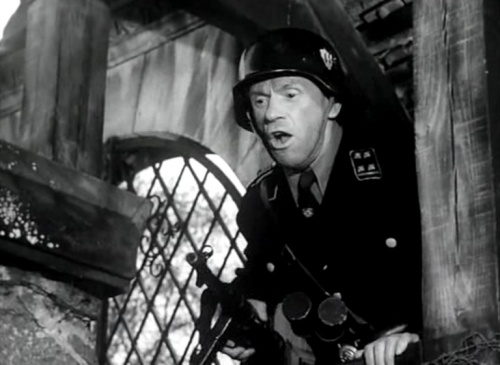 Sgt. Panasiuk (Boleslaw Plotnicki) is seen how gave the soldier a Leuchtpistole with a flare. 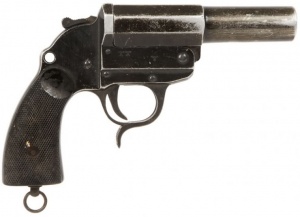 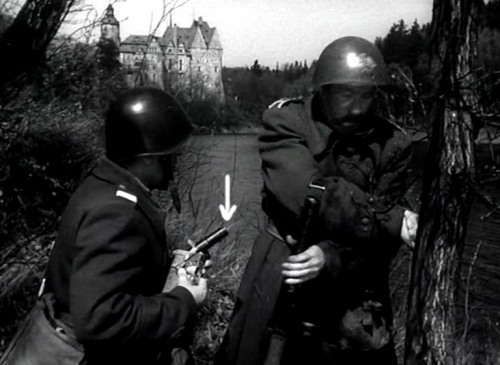