Sixty Days (a direct translation of the original title Shestdesyat dney; also credired as 60 dney) is a Soviet 1940 (released in 1943) B&W comedy movie, directed by Mikhail Shapiro. Evgeny Antonov (Nikolay Cherkasov), a biology scientist, is called to retraining of reserve officers. At first he acts as a deeply civilian person without any military skills that lead to numerous comical situations. But during the maneuvers Antonov shows himself as talented officer and gains full victory over his long-time rival Pugachyov who commands "enemy" side.

The following weapons were used in the film Sixty Days (Shestdesyat dney): 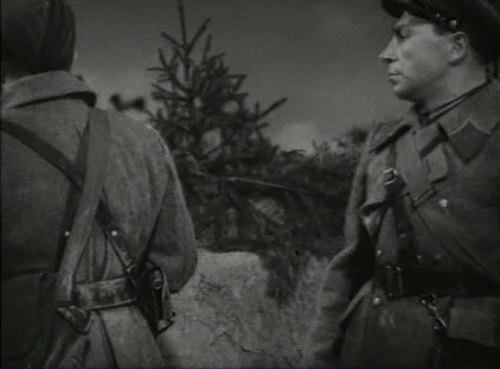 The grip of Nagant is seen in holster.

A TT-33 is briefly seen in hands of Antonov (Nikolay Cherkasov) during the attack. Other officers carry holsters for TT pistols but they seem rather flat and empty. 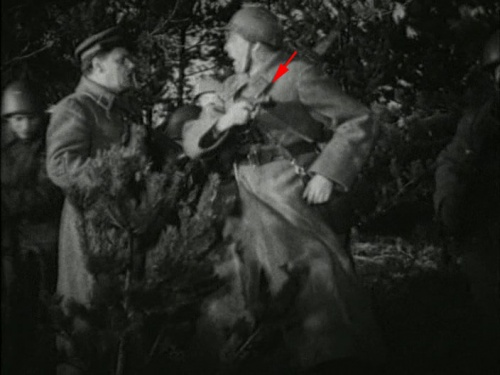 Antonov leads his soldiers in attack. 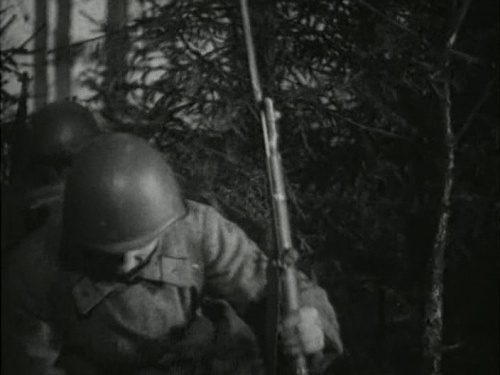 A soldier holds an M91/30 rifle during the march through the forest. 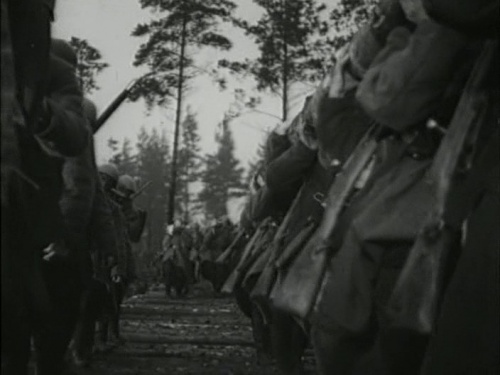 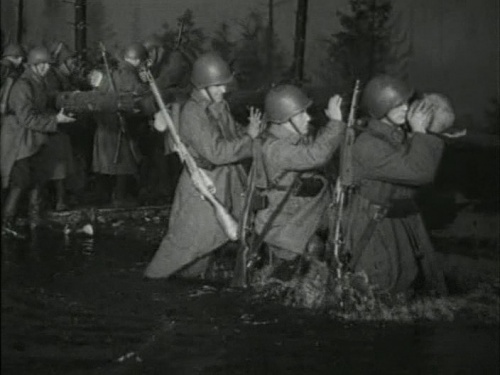 Soldiers make a log road across the swamp. Most of them are armed with M91/30 rifles. 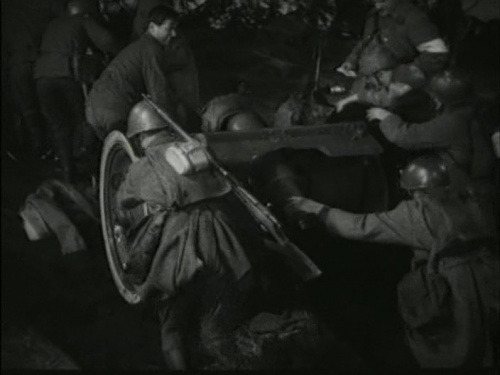 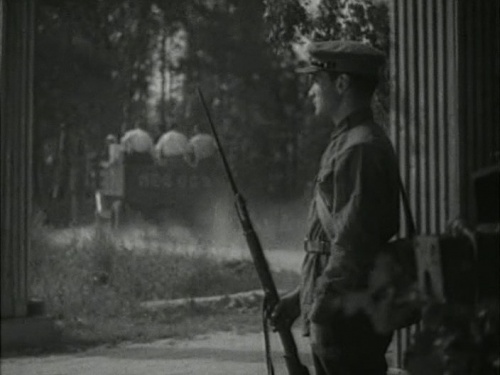 A sentry with an M91 Infantry rifle. 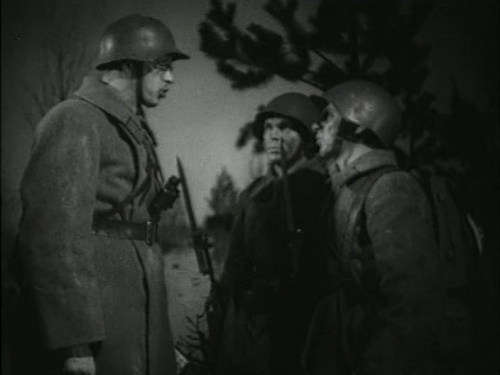 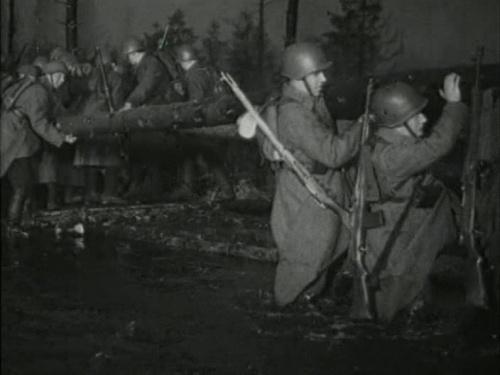 Soldiers make a log road across the swamp. An AVS-36 is seen at the right. 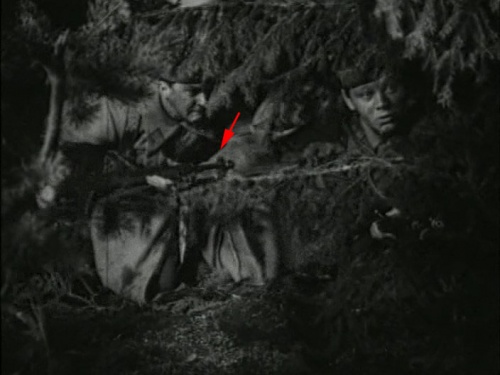 A soldier with AVS-36 in ambush. 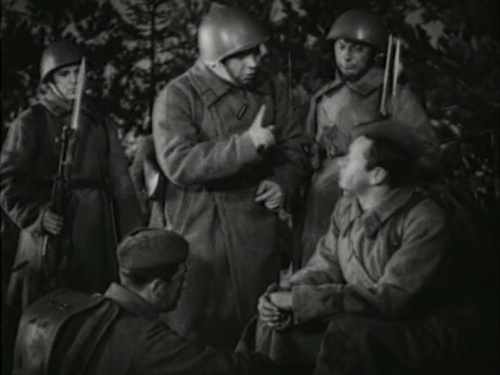 A soldier holds an AVS-36 at the left. 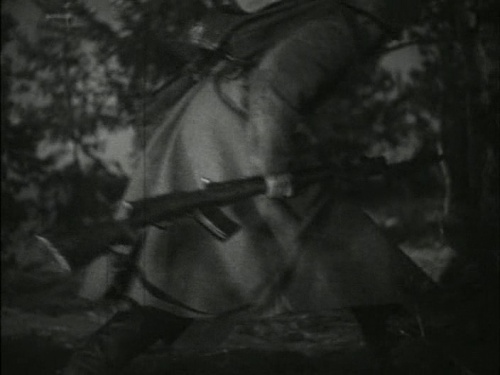 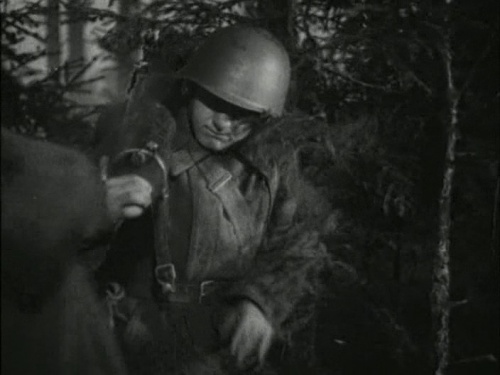 A soldier carries the body of Maxim. 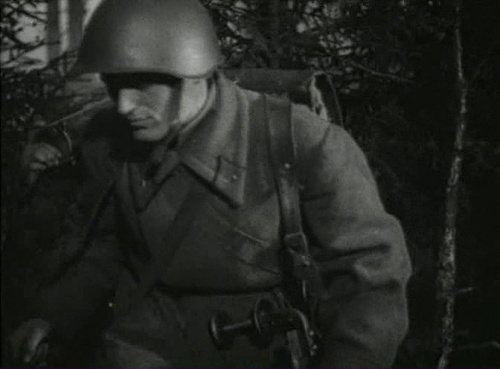 A reel for cartridge belt is seen. 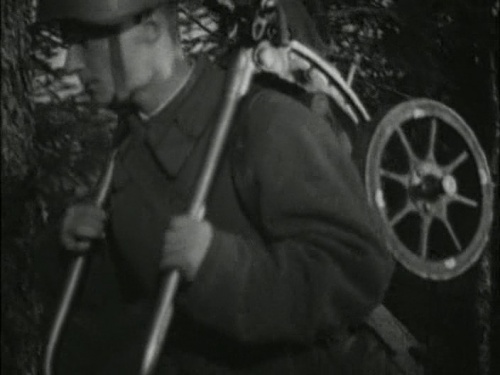 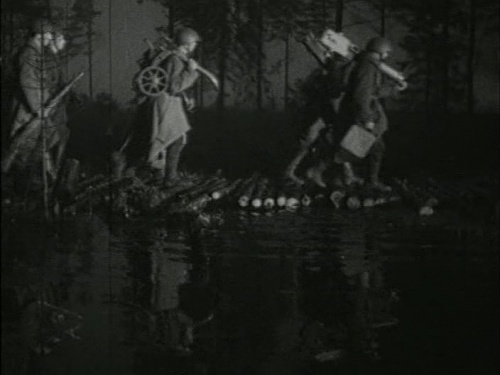 Soldiers carry Maxims on the log road across the swamp. 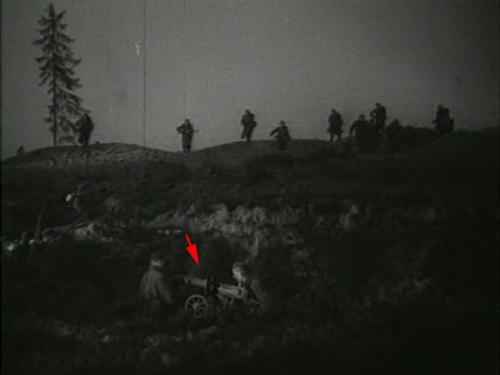 A Maxim on position. 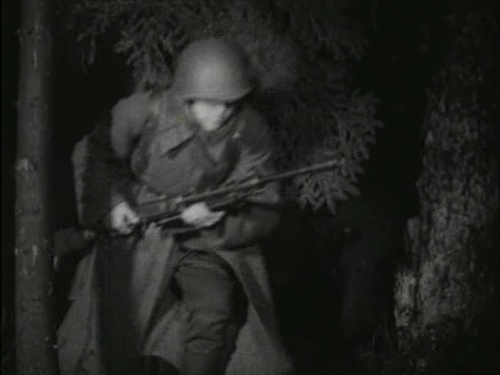 A soldier with DP-27 moves through the forest. The machine gun is unloaded. 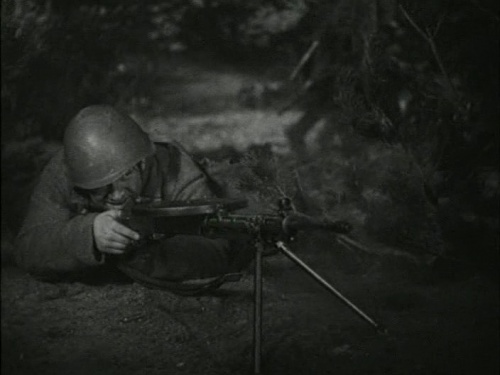 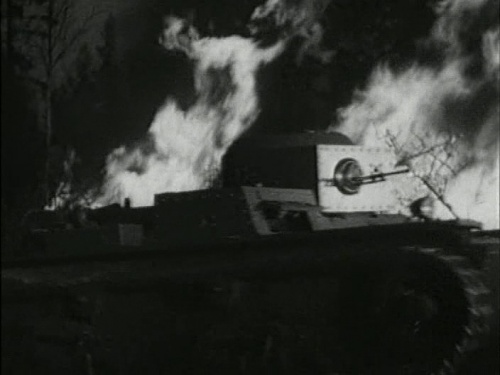 A T-37 supports the attack of infantry company.

During the attack soldiers use training grenades. 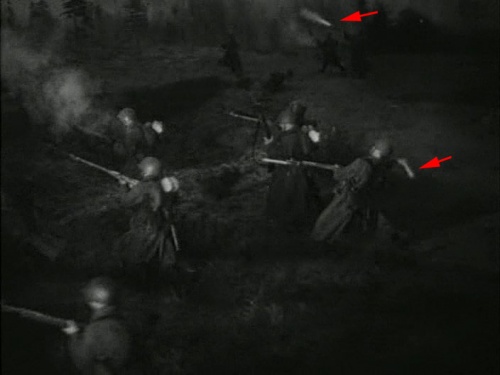 A soldier at the right throws a grenade. Another grenade is seen in midair. 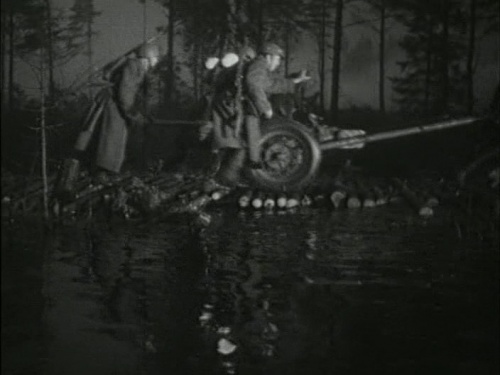 Soldiers tug a 45mm gun on the log road across the swamp.

Red Army soldiers are seen carrying RM-38 Mortars during the march through the forest. 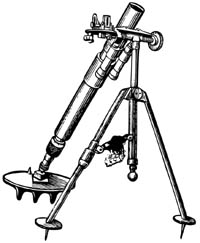 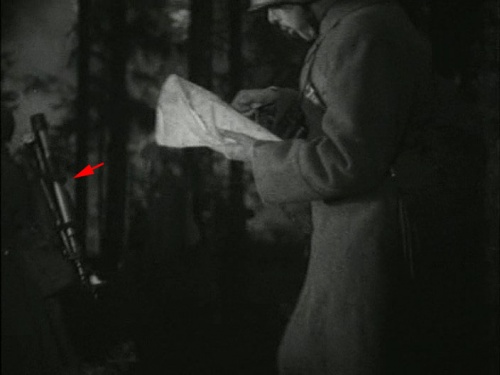 A soldier at the left carries a 50mm mortar with folded bipod and baseplate. 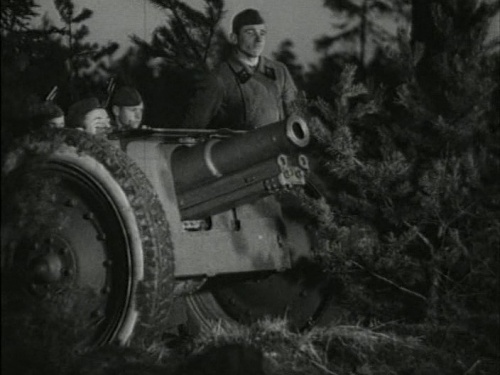 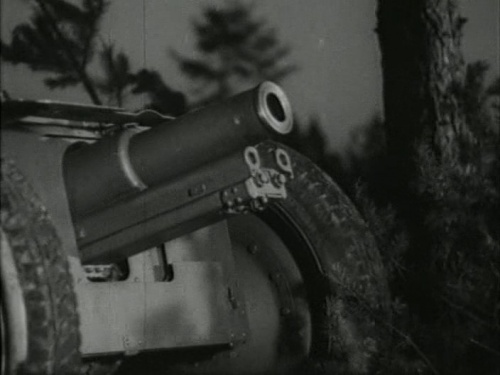 A pair of T-37 light swimming tanks support the attack of Antonov's company. 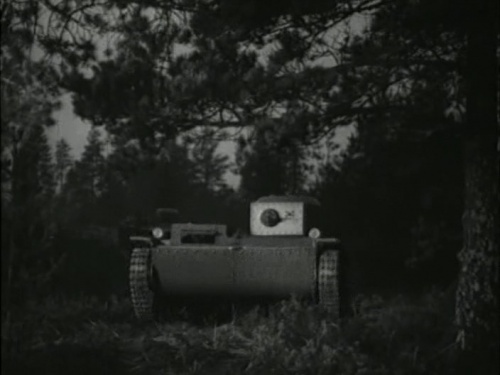