My Dear Fellow (original title Dorogoy moy chelovek) is a 1958 Soviet movie directed by Iosif Kheifits and based on the novel by Yuri German about the life of Doctor Vladimir Ustimenko in 1930s-1960s.

The following weapons were used in the film My Dear Fellow (Dorogoy moy chelovek): 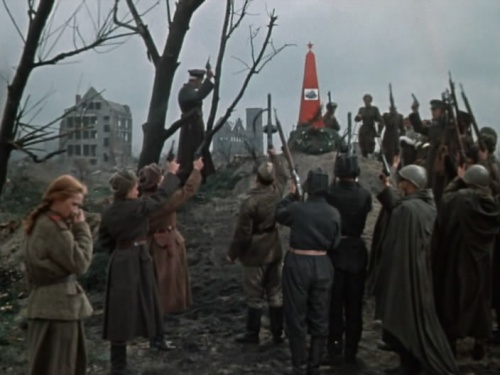 Dr. Vladimir Ustimenko (Aleksey Batalov) (at the left of the grave) and a female doctor in a greycoat salute with their Nagants.

In the abovementioned scene TT-33 pistols are also seen in hands of officers and medical personnel.

A female doctor in brown greycoat at the left and two officers at the right salute with their TTs. 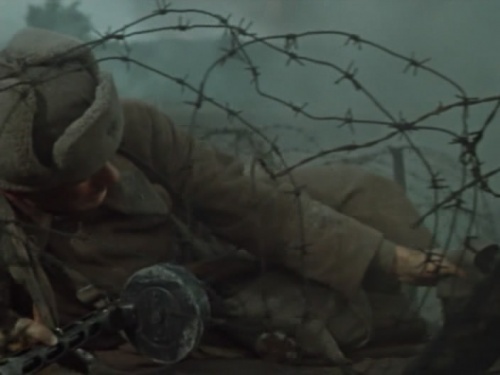 Dr. Vladimir Ustimenko (Aleksey Batalov) takes a PPSh from a wounded soldier while carrying him from the battlefield. 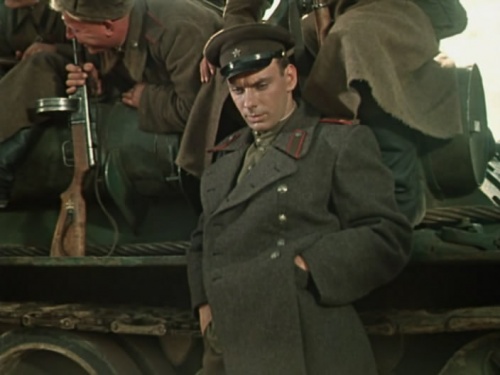 A soldier holds a PPSh at the background. 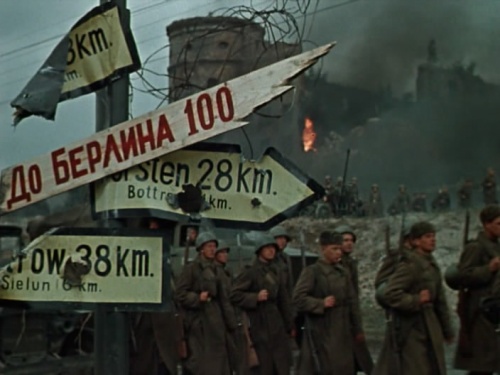 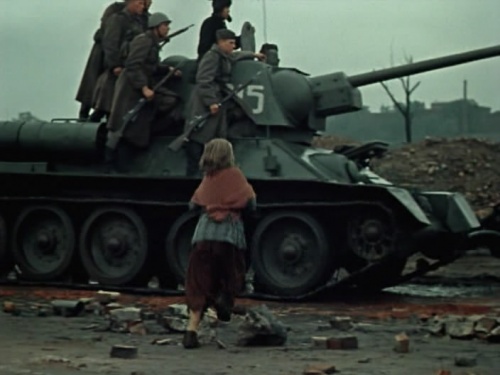 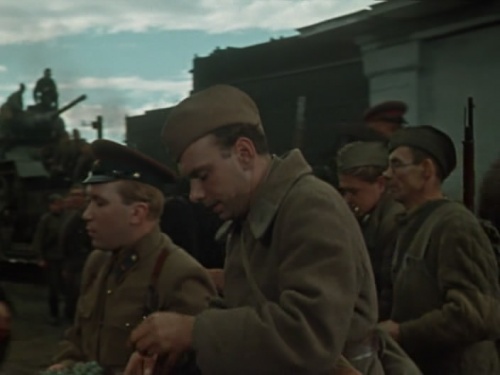 A soldier at the right carries an M91 Infantry rifle. 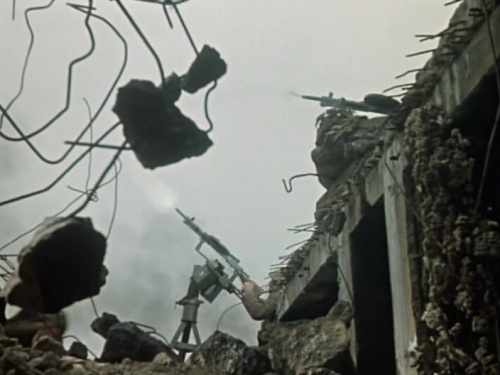 Two DPMs fire at German planes. Note the pistol grip and the recoil spring housed in a tube projecting from the rear of the receiver that allows to differ DPM from DP-27. These particular machine guns lack the flash hiders.

A Degtyaryov DT is seen mounted on T-34 tank.

A DT is seen in the front mounting. 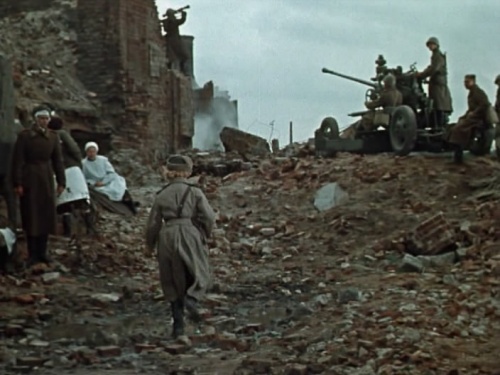 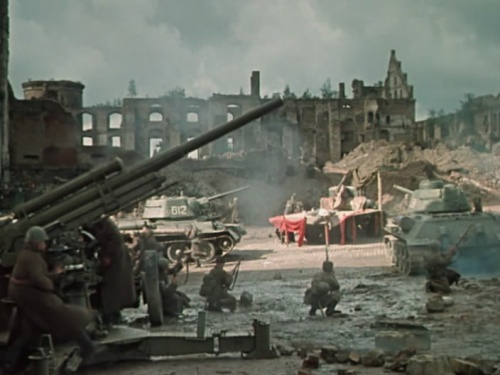 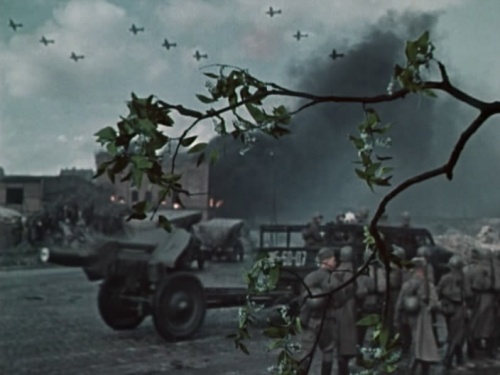 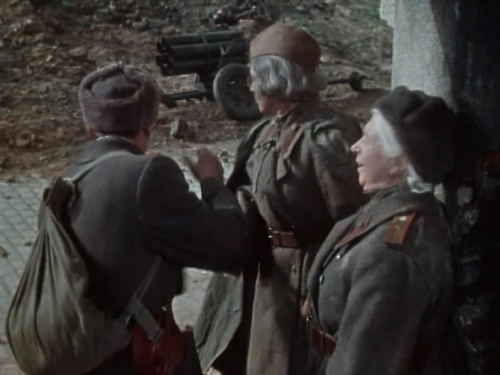