Maksim Perepelitsa (Russian Title: Максим Перепелица) is a 1955 Soviet сomedy directed by Anatoli Granik. Maxim Perepelitsa is a cheerful, mischievous, and resourceful young man from a small Ukrainian village. He loves to invent different stories and jokes. Upon being drafted into the Soviet Army, his antics and jokes do not let up.

The following weapons are featured in the film Maksim Perepelitsa:

The Type II AK-47 is carried by Soviet infantrymen. This film is notably the first depiction of a Kalashnikov rifle in any popular media. 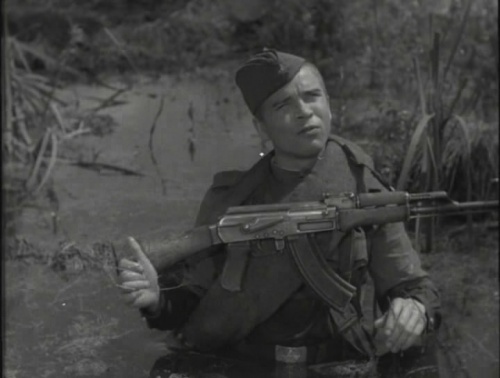 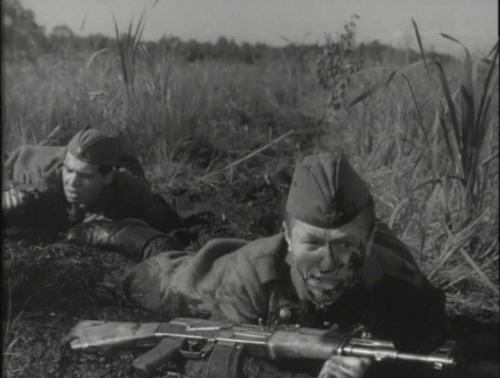 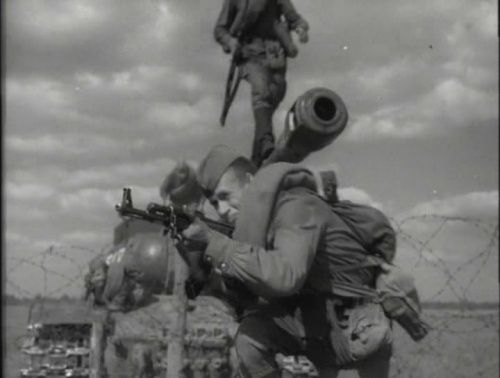 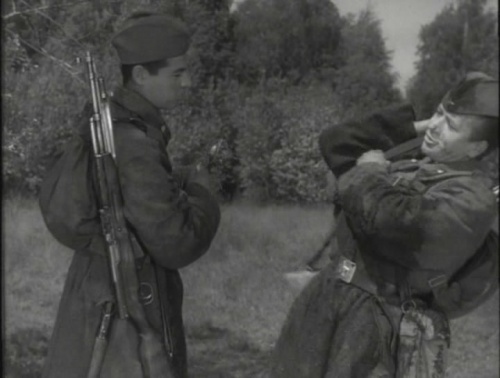 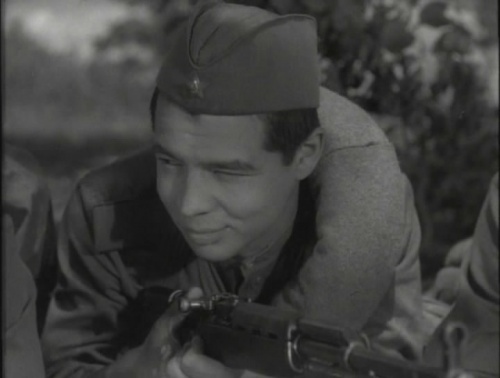 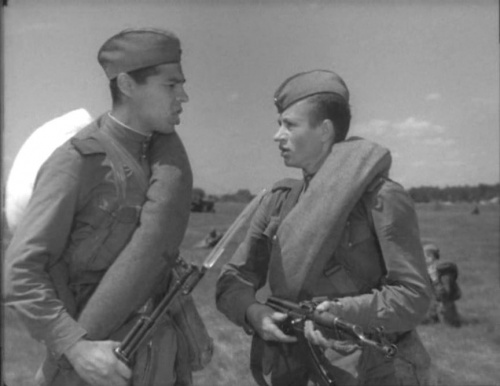 Some Soviet soldiers handle the RPD. 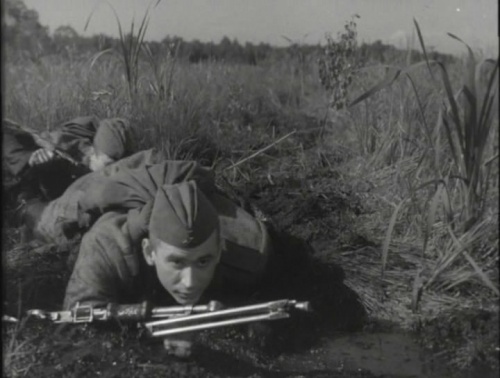 Private Samus with an RPD. 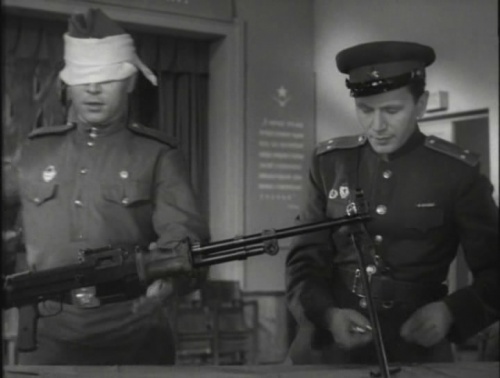 Private Ezhikov demonstrates his skill at disassembling a machine gun while blindfolded. 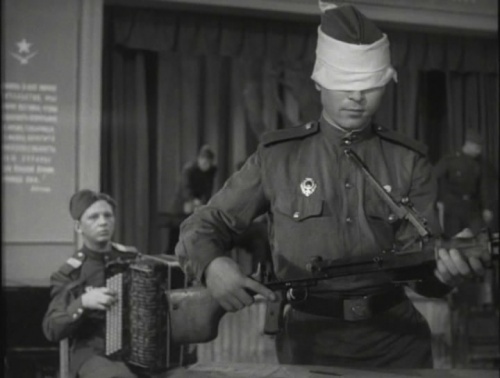 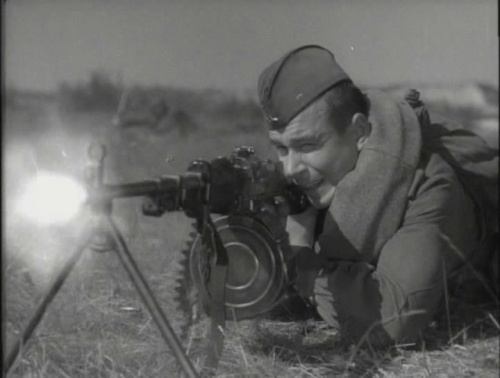 The Degtyaryov DT is mounted on Soviet armor. 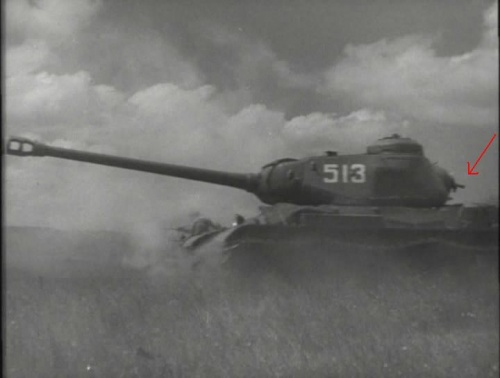 A Degtyaryov DT tank machine gun can be seen at the rear of the IS-2's turret.

The Goryunov SG-43 is used by Soviet soldiers, both in infantry mounts and on vehicles. 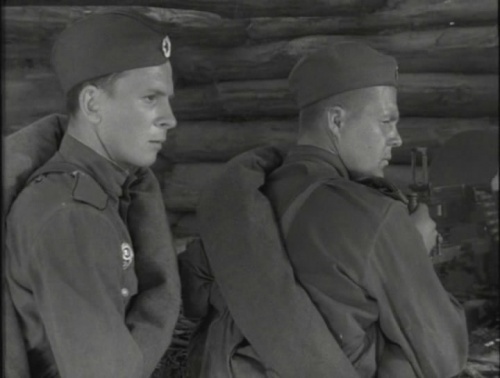 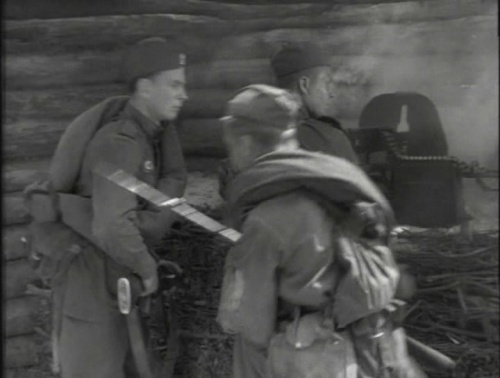 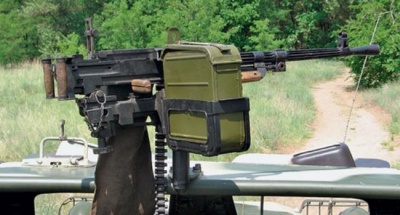 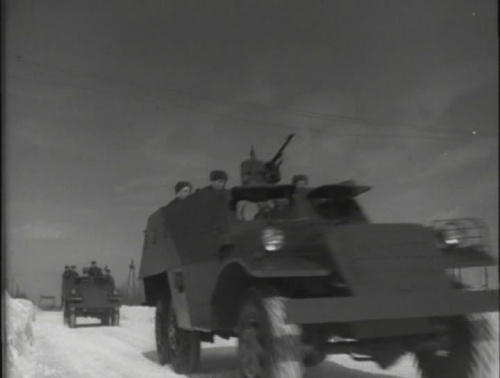 The Goryunov SGMB mounted on the BTR-152 armored personnel carrier. 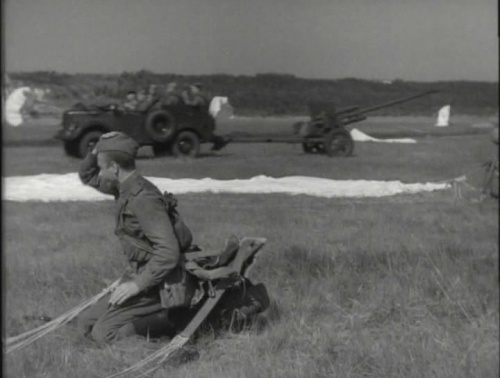 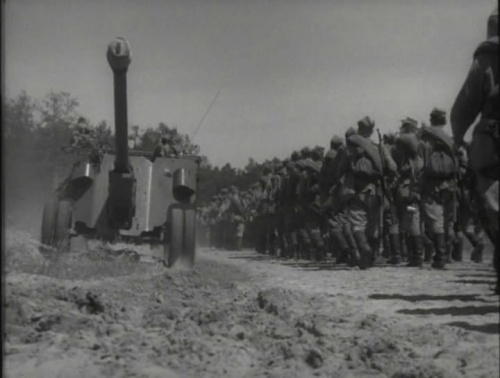 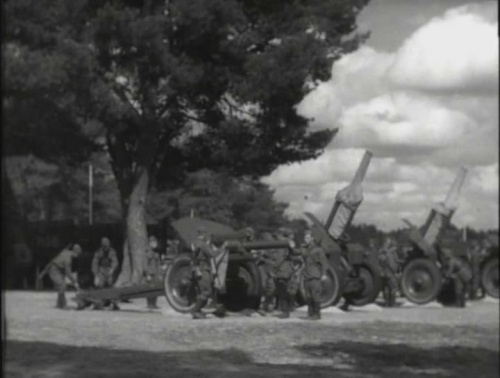 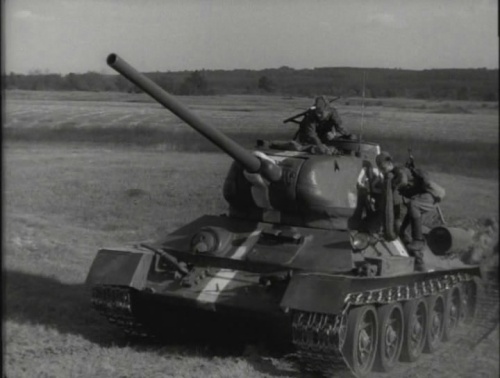 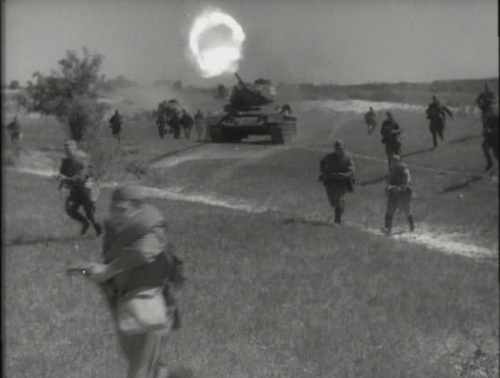 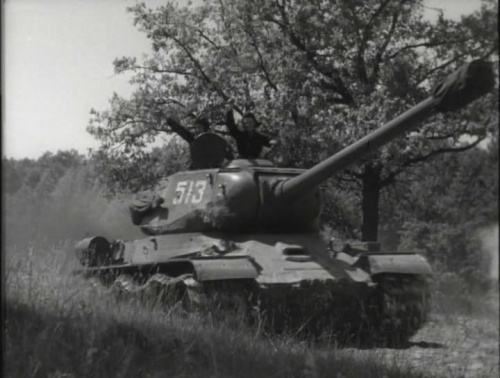