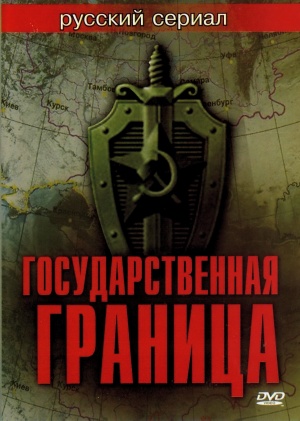 The State Border: Film 4 (Russian Title: Государственная граница: Красный песок/Gosudarstvennaya granitsa: Krasny pesok; "State border: Red sand") is a 1984 Soviet television film directed by Boris Stepanov. "The State border" is the name of an historical-adventure television series about the Soviet border guards. The action occurs between 1917 and 1980 along Russia's many borders. The fourth film's story takes place in 1931 on the Turkestan (Central Asian) border. It depicts the Border guards in their fight against the Basmachi gang (Middle Asian Muslim rebels).

The following weapons are seen in the film The State Border: Film 4: 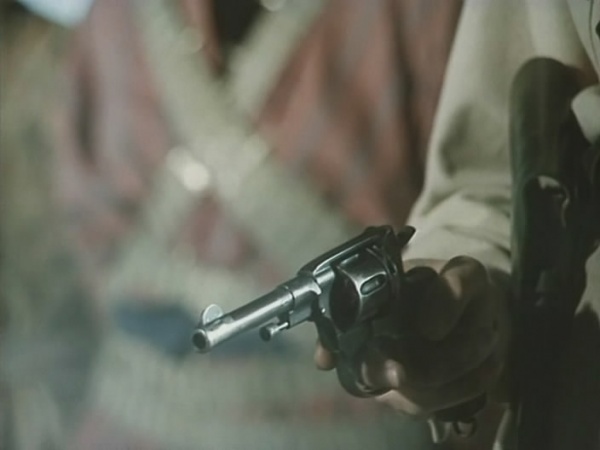 Closeup of Nagant revolver. Note the shape of the muzzle-sight. This shows that the revolver was manufactured before 1930 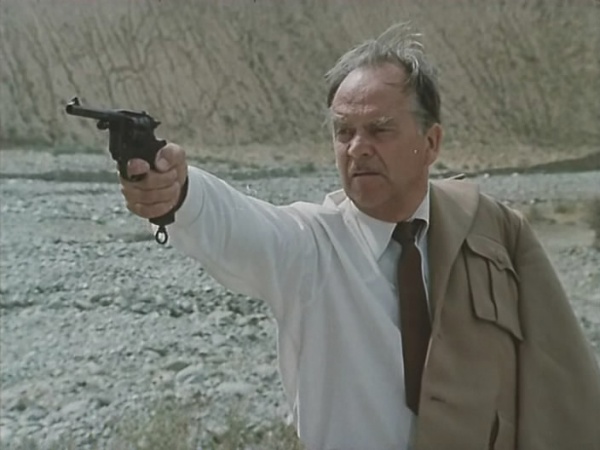 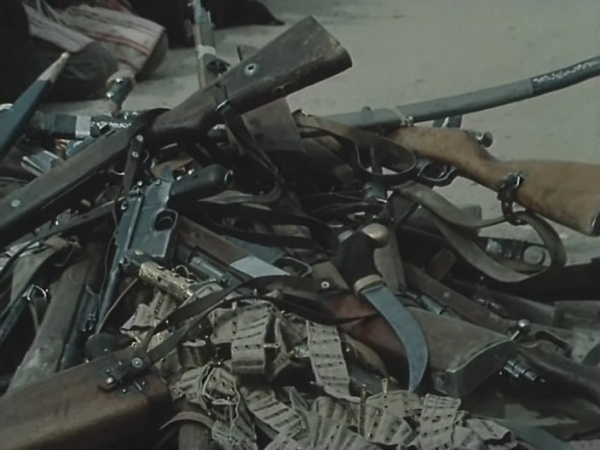 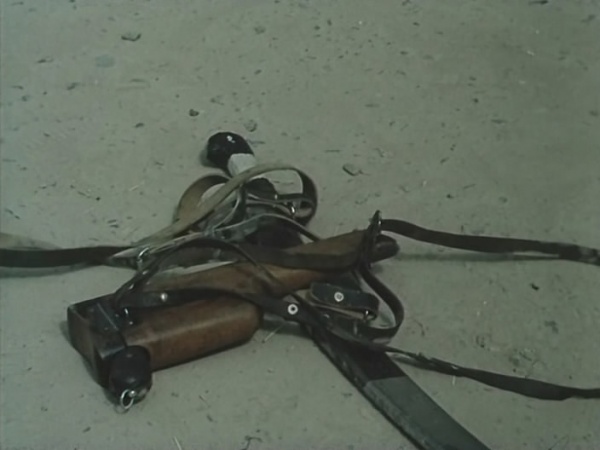 A Mauser C96 is seen in the holster 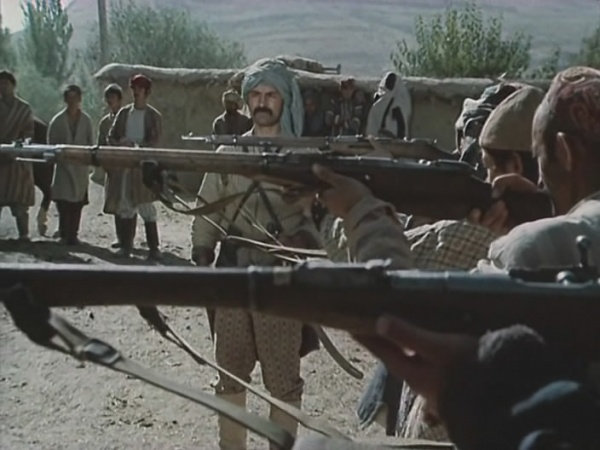 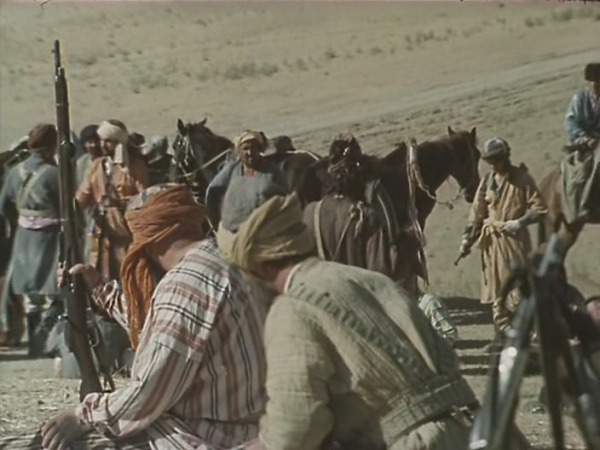 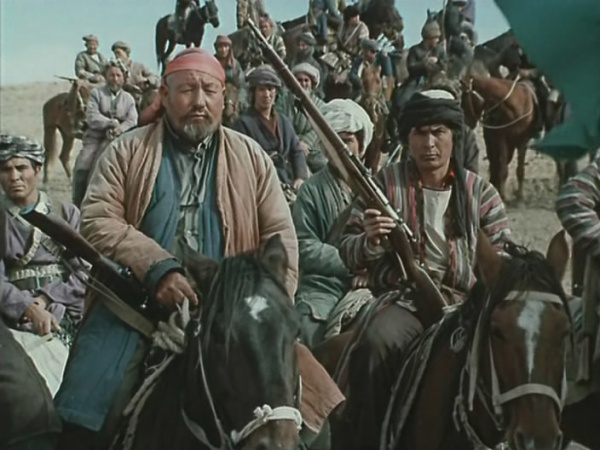 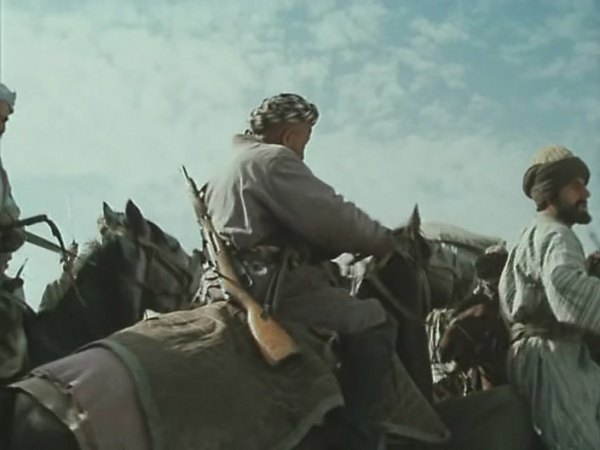 A Basmachi fighter with his Mosin Nagant M38 Carbine

Numerous Basmachi fighters can be seen armed with the Karabiner 98k. This is an anachronism. 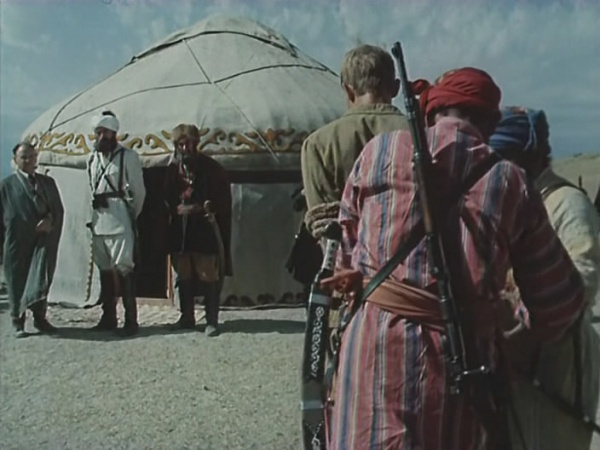 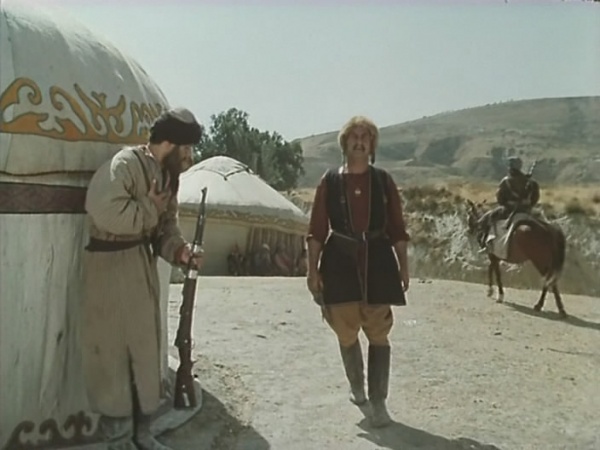 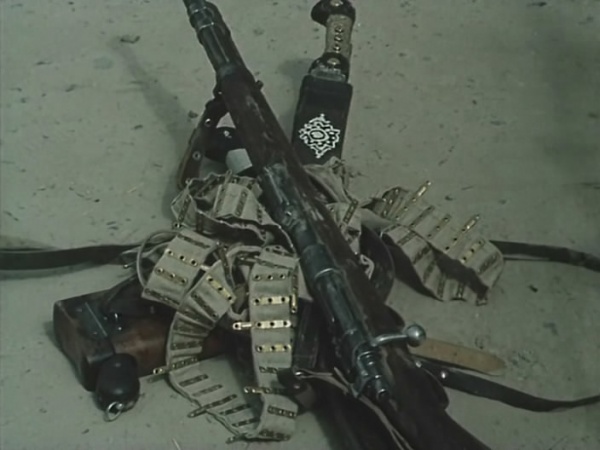 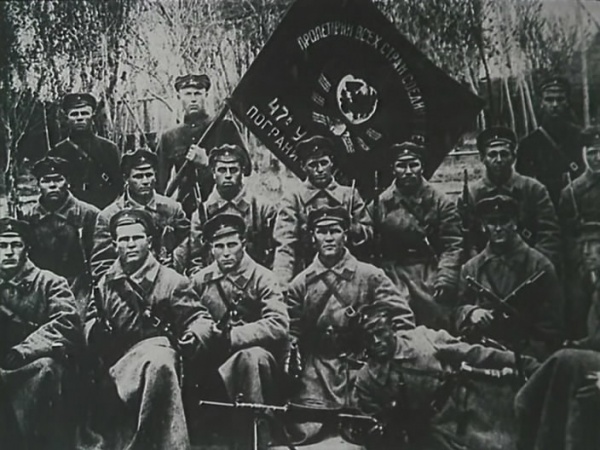 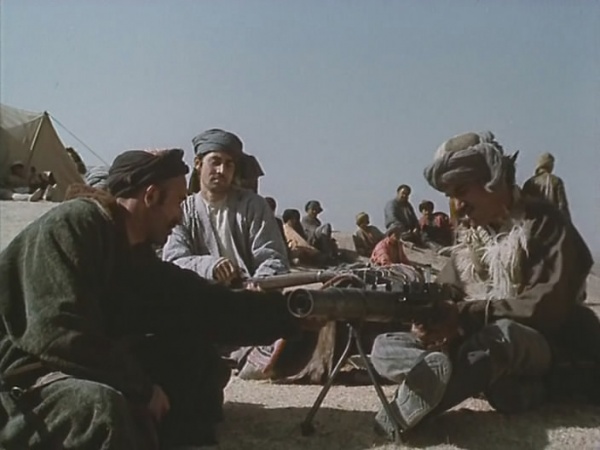 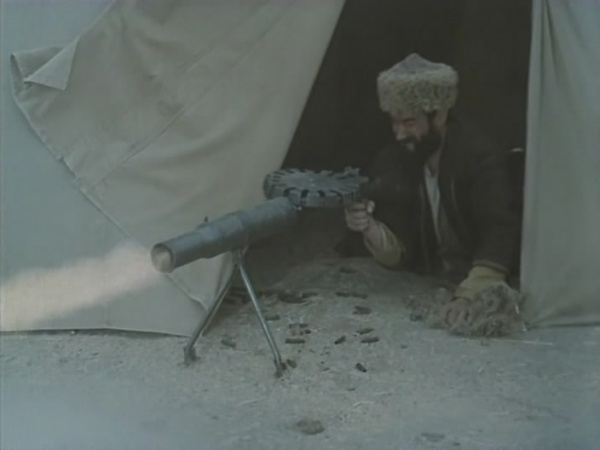 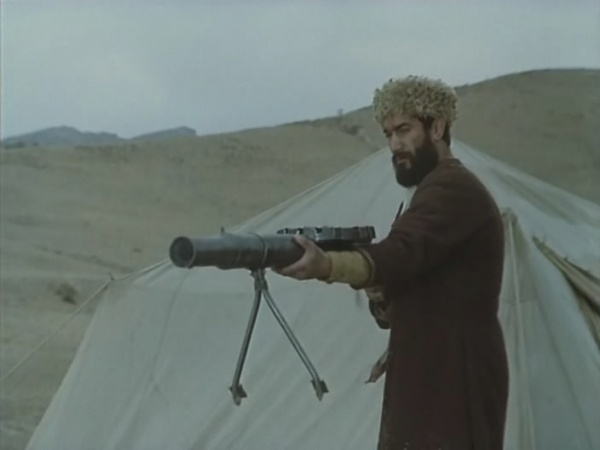 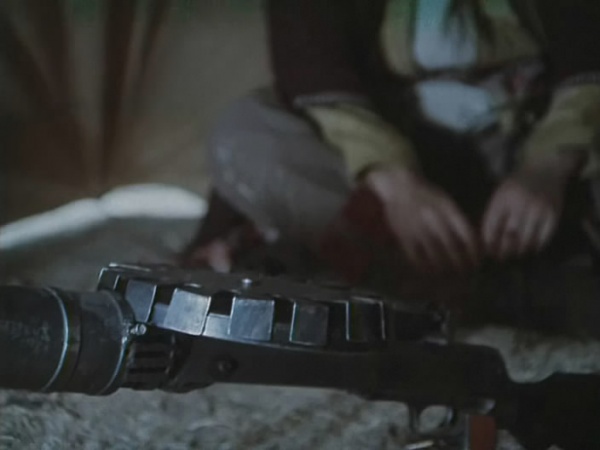 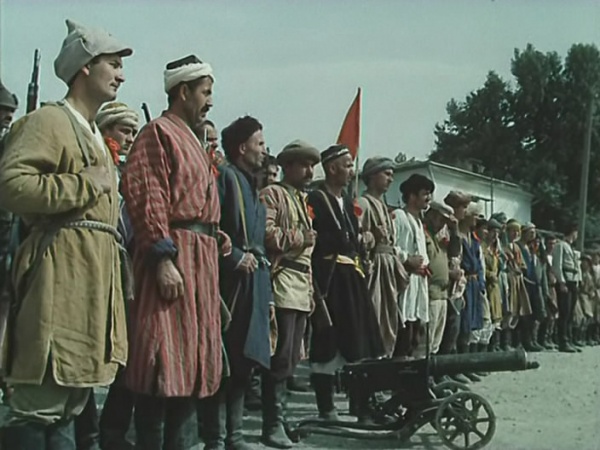 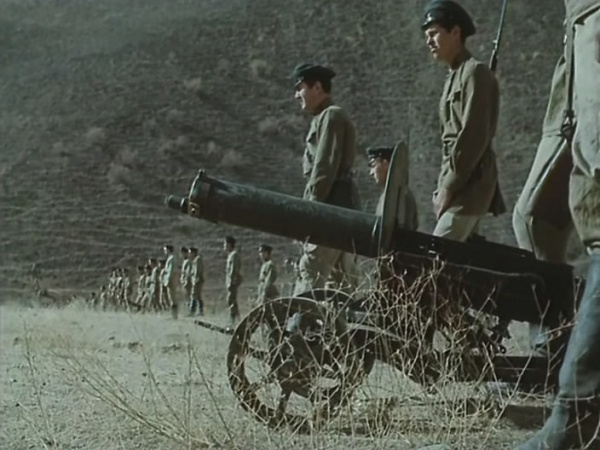 Border guards and their Maxim M1910 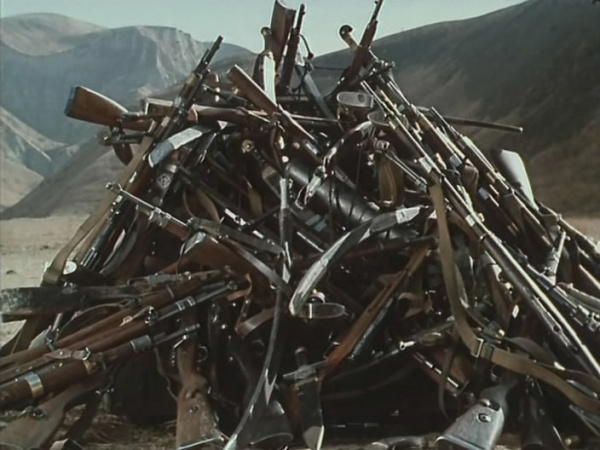