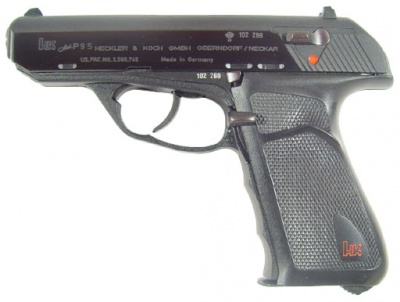 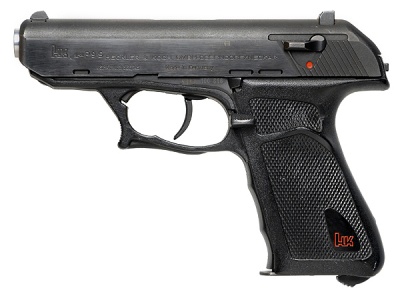 The Heckler & Koch P9S is a German semi-automatic pistol designed by Heckler & Koch in the mid-1960s. The P9S (S stands for Spannabzug, "double-action trigger") is the more popular, widely produced, and double action version of the original H&K P9, which is single-action only and produced in relatively small numbers. It is the first pistol to use H&K's roller delayed blowback system more commonly associated with the G3 rifle and MP5 submachine gun series. It was produced from 1969 to 1978, with the P9S first appearing in the early 1970s.

The Heckler & Koch P9S and variants can be seen in the following films, television series, video games, and anime used by the following actors: