The UCP (Ultimate Combat Pistol, also known as P46) was a prototype pistol developed by Heckler & Koch that uses the Heckler & Koch MP7A1's 4.6x30mm armor piercing ammunition. By July 2009, however, the project was cancelled by H&K because they did not believe it provided adequate ballistics in handgun form. 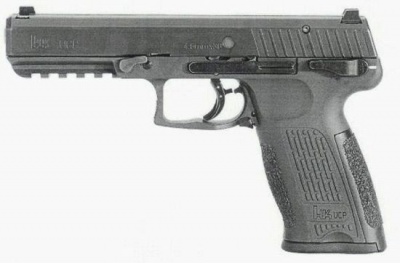