The Heckler and Koch VP9 is a German semi-automatic pistol produced by Heckler & Koch. VP stands for Volkspistole (people's pistol), a designation also used for the earlier Heckler & Koch VP70. A flagship feature of this pistol is the many customization options, such as interchangeable backstraps and fully ambidextrous controls, that allow the shooter to configure the pistol's layout and ergonomics to their liking. The VP9 is currently in widespread use among German police forces, where it is replacing older sidearms like the USP. 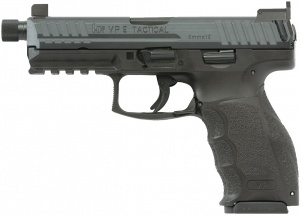 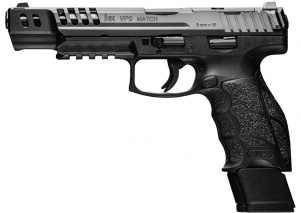 The Heckler & Koch VP9 Match and variants can be seen in the following films, television series, video games, and anime used by the following actors: