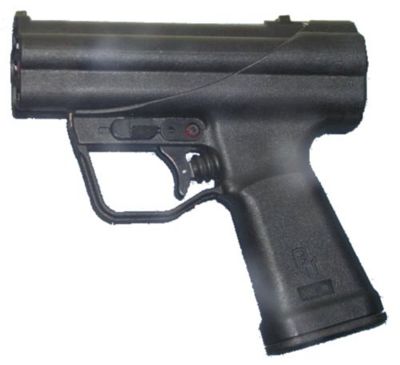 The gun can only be reloaded by sending it back to its manufacturers.

The Heckler & Koch P11 and variants can be seen in the following films, television series, video games, and anime used by the following actors: