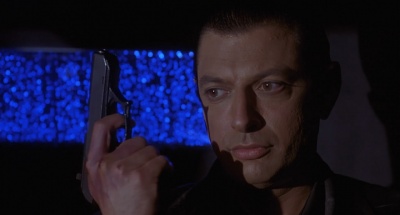 Jeff Goldblum is an American actor well known for his appearance in several hugely successful feature film series including the Independence Day and Jurassic Park franchises. He also appeared as NYPD Det. Zach Nichols in the series Law & Order: Criminal Intent. He also appeared as the Grandmaster in the MCU film Thor: Ragnarok, a role he returned to voice in the Disney+ animated series What If...?.