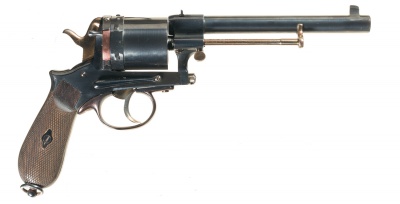 The Gasser Armeerevolver M1870 was an Austrian army revolver of 11.3 x 36 mm R caliber developed by Leopold Gasser and in service with the land forces of Austria-Hungary from 1870 to 1918. The first tests, carried out on August 10, 1869, already brought a thoroughly positive assessment of the weapons. The test commission stated in its report that the "disassembly and assembly of this weapon required a relatively small amount of time and was also easier to accomplish than with other known revolvers due to the simplicity of the components". However, it was not the Army that initially reacted to the excellent test results, but the Navy Section, which, after additional tests of its own, first ordered 300 Mannschaftsrevolver (crew revolvers) and then another 400 pieces as armament for all senior noncommissioned officers, all helmsmen, for the first officer of each ship, all gunsmiths, the manning of boat and field guns, and the boatmen of landing craft.

The 11.3 x 36 mm R cartridge was the same as that used in the Model 1867 carbine but was loaded with less powder for the revolver. Mix-ups led to various accidents and soon to the development of the M 1870/74 revolver, with a steel frame and an improved barrel mounting screw. It should not be confused with the M1870/74 Montenegrin model (the main external difference is the ejector design).

The Gasser M1870 was also exported to the Balkans and the Ottoman Empire since 1874 and was also the standard revolver of the militia of the Kingdom of Montenegro from 1910. 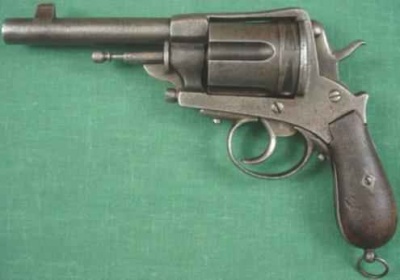 An improved version of the M1870, which should not be confused with the subsequent 1870/74 "Montenegrin". One of the innovations was the swing-out ejector (although the long-barrel version retained the side-mount), and the 5-round cylinder. The main external difference from other models is the closed-top frame. 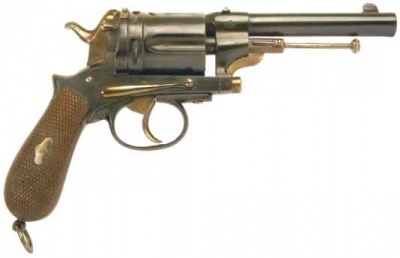 The Gasser M1870 Army revolver was also modified in some details and introduced as the M1870/74 (or M/1870-74) "Montenegrin". This is the "original" Montenegrin model, first received this nickname, which is sometimes incorrectly attributed "retroactively" to earlier models. It inherited the swing-out ejector (which allegedly made it easier to carry around a belt) and 5-round cylinder from the M1873. Again, this should not be confused with the M1870/74 Army revolver. 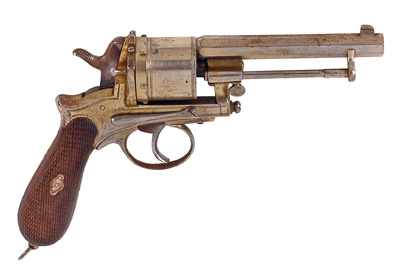 The smaller version chambered for 9x26Rmm, designed by Alfred Kropatschek. It has a 6-round cylinder. 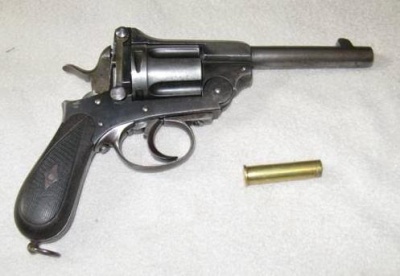 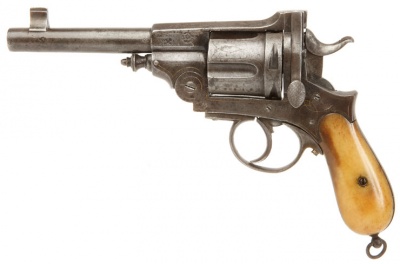 A top-break variant of the Gasser M1870/74 Montenegrin, also known as "Second Montenegrin Model"; in spite of the name, this version wasn't ever formally adopted by the Montenegrin military. 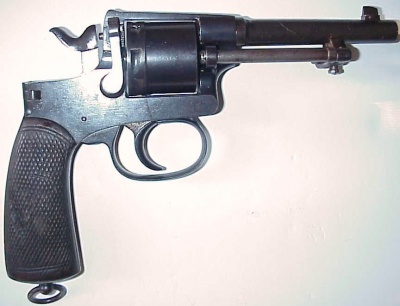 The Rast & Gasser M1898 was an 8-shot revolver with a cocking trigger. The cylinder could not be unfolded, instead, the cartridge chambers had to be loaded individually. This was done by a loading flap on the right behind the cylinder. Then, by means of the ejector rod under the barrel, the empty cases could be removed one by one, then the cartridges were reloaded one after the other. The cylinder was rotated by pulling the trigger. Opening the loading door simultaneously disconnected the trigger from the hammer, so that no shot could come loose during the loading process. Workmanship and reliability were at a high level, but the bullet energy and man-stopping power proved to be too low. The angle of the grip also made the gun somewhat unwieldy. The reason for the steep grip angle was the standing firing position with an angled arm, which was the case at the time, unlike today. Although the model was replaced by the Roth-Steyr M1907 pistol as early as 1907, the revolver remained in use until the Second World War.