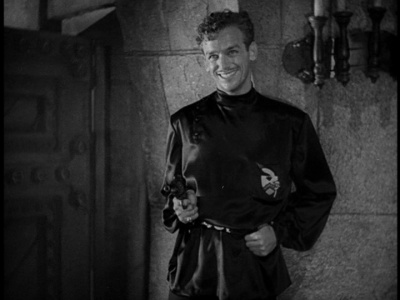 Douglas Fairbanks Jr. was the son of swashbuckling screen legend Douglas Fairbanks and his first wife Anna Beth Sully. During World War II, he helped organized the US Navy Beach Jumpers, a special warfare unit that specialized in deception and psychological warfare. He received a Silver Star and a Legion of Merit with V for valor for his service as a PT boat commander, as well as numerous foreign decorations for his contributions to the war effort. He retired from the Naval Reserve in 1954 as a Captain.