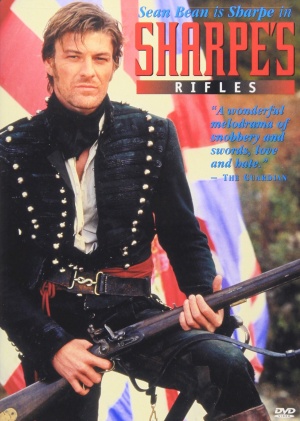 Sharpe's Rifles (1993)
N.B. Sean Bean's green jacket gaps open in the photo because it was originally tailored for Paul McGann, who was first cast as Richard Sharpe, before he had to withdraw due to conflicts and was replaced by Bean.

Sharpe's Rifles is the premiere episode of the Carlton UK series Sharpe, starring Sean Bean as Captain Richard Sharpe, the officer of a small Rifles detachment during the Napoleonic Wars. In Rifles, Sharpe is commissioned as an officer after saving General Wellesley's (the future Duke of Wellington) life from a French assassination attempt. His first task is to take command of a small detachment of marksmen and join a larger party of Rifles searching the Spanish mountains for a missing banker.

The following weapons were used in the television series Sharpe's Rifles: 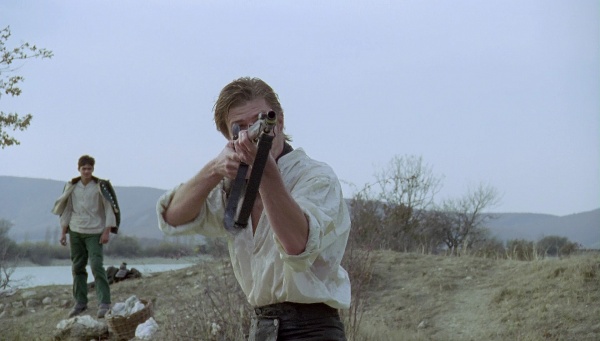 The Baker rifle is used by Richard Sharpe (Sean Bean). 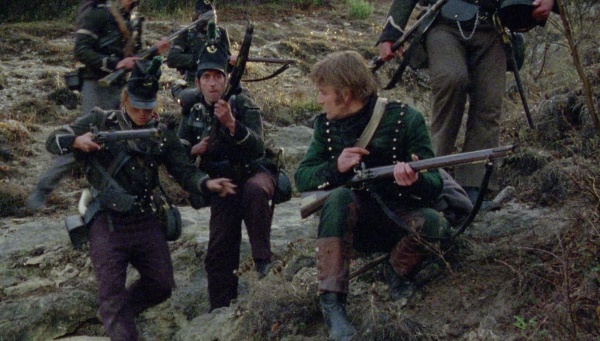 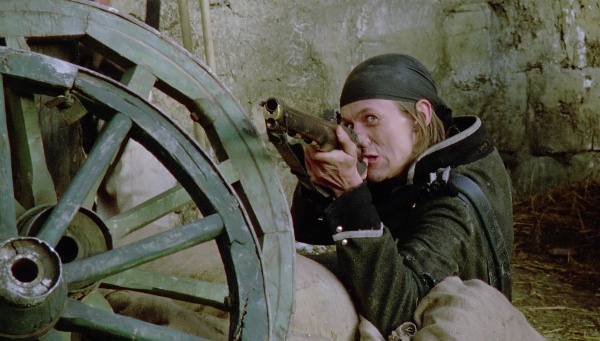 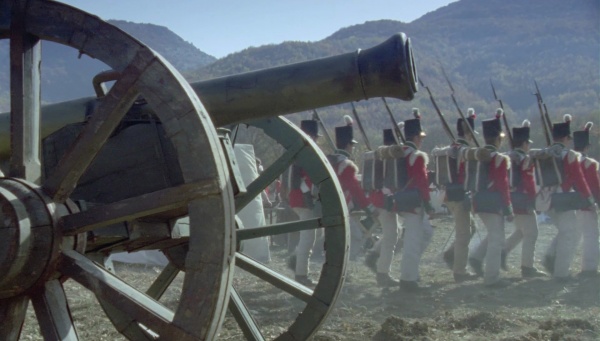 British soldiers on parade with their muskets. 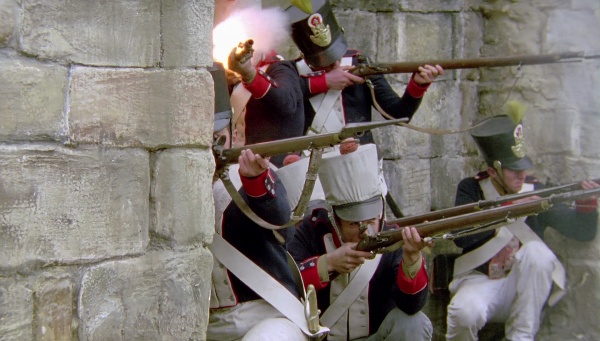 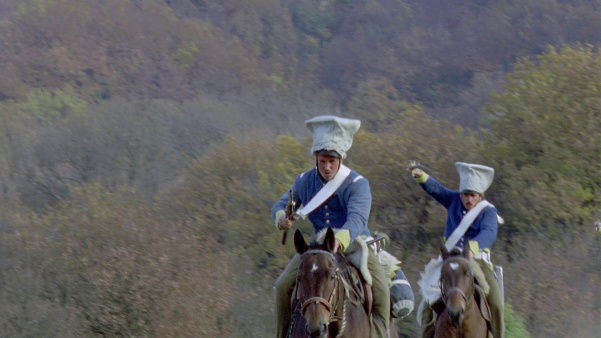 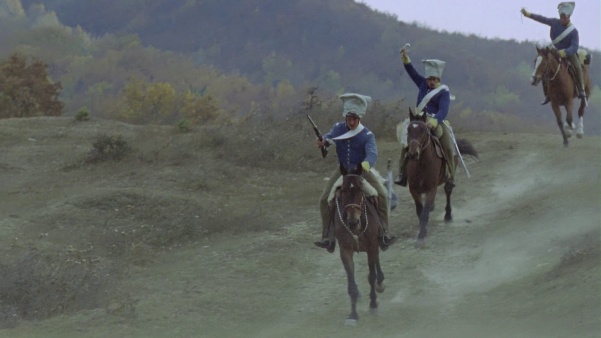 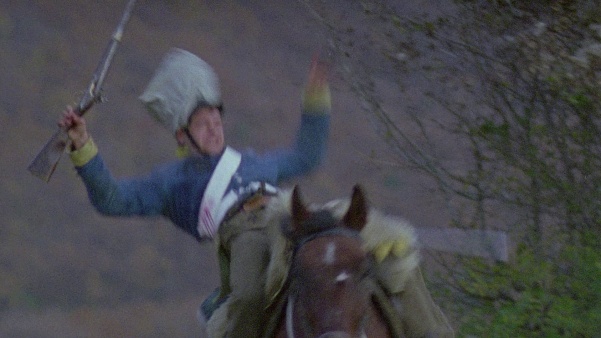 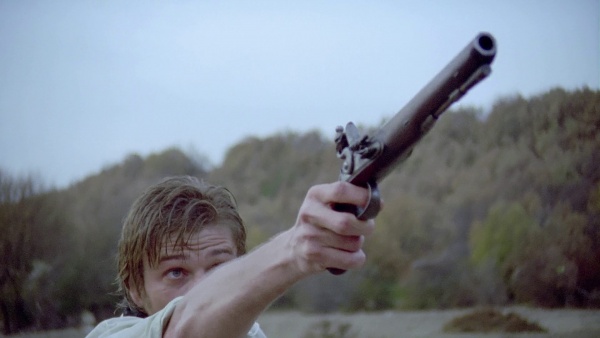 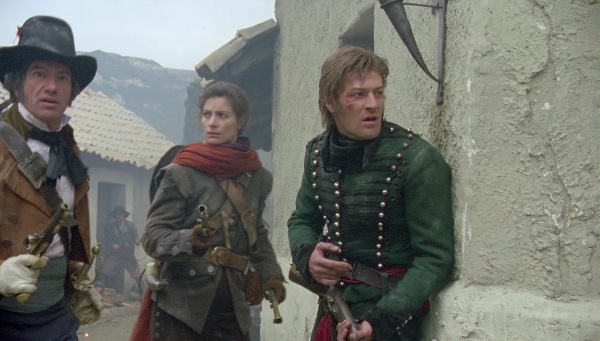 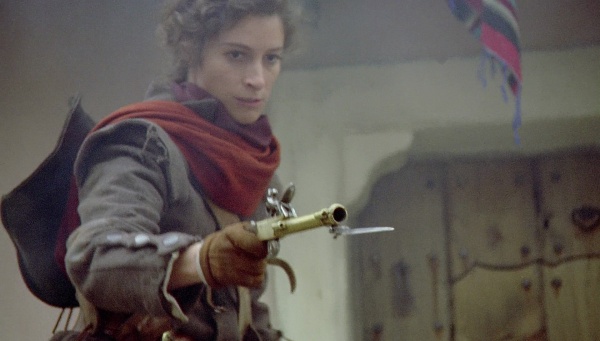 Teresa (Assumpta Serna) deploys the bayonet on her pistol, before impaling a French dragoon through the back.

Cannon are also prominent in the series.

British infantry march past a cannon.
Retrieved from "https://www.imfdb.org/index.php?title=Sharpe%27s_Rifles&oldid=1029483"
Categories: