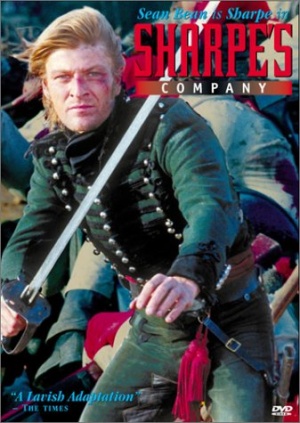 Sharpe's Company is the third episode of the Carlton UK series Sharpe, starring Sean Bean as Captain Richard Sharpe, the officer of a small Rifles detachment during the Napoleonic Wars. It was filmed on location in the Ukraine and the Crimea. The episode follows Sharpe, his company, and the Duke of Wellington's army during its siege and assault on the French fortress of Badajoz on the Spanish-Portugese border.

The following weapons were used in the television series Sharpe's Company: 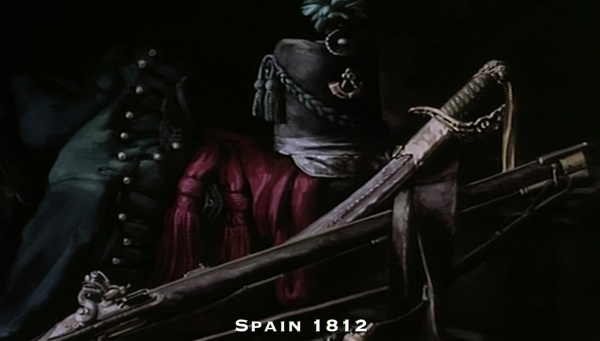 A Baker Rifle displayed during the opening credits. 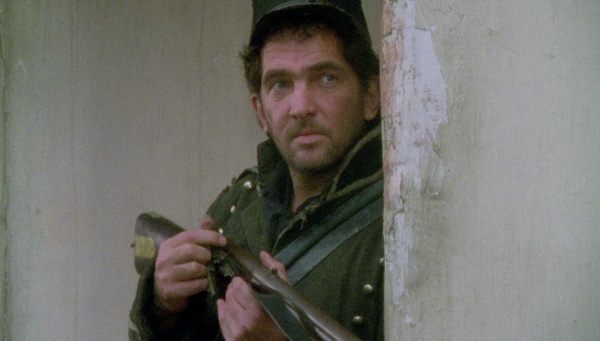 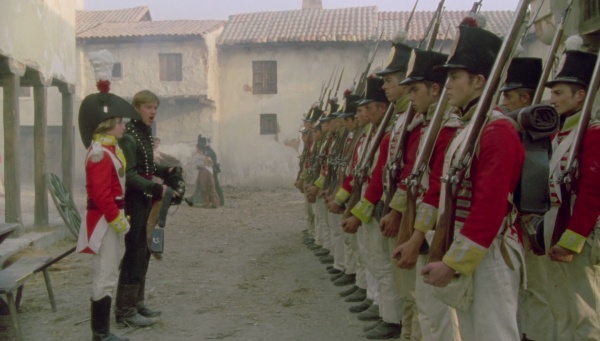 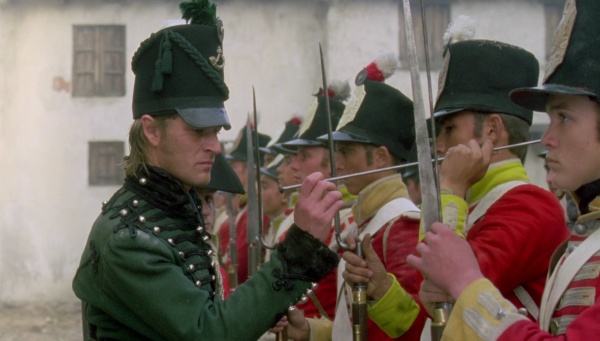 Richard Sharpe (Sean Bean) examines the end of one Redcoat's ramrod, finding an intolerable amount of gunk on it, indicating the weapon has been left uncleaned for too long.

Sharpe's Company is the first episode to feature Harper's (Daragh O'Malley) fearsome seven-barrelled Nock Gun, since he is presented as one of the few men large and strong enough to (barely) handle the weapon's massive recoil. Sgt. Hakeswill (Pete Postlethwaite) confiscates the weapon after framing Harper for theft, and uses it to try to kill Sharpe during the confusion of a night attack. 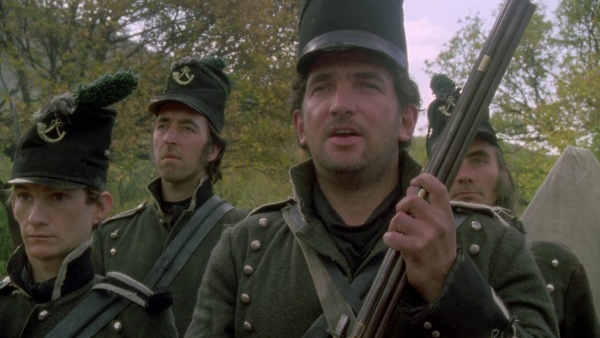 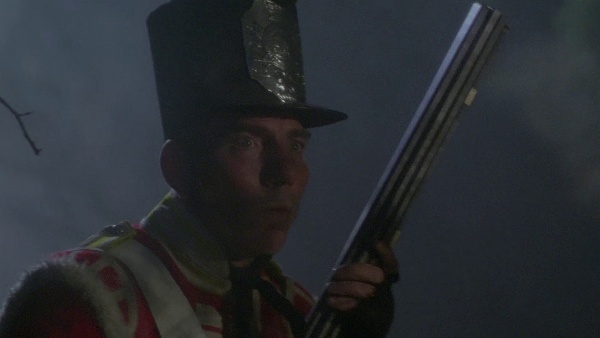 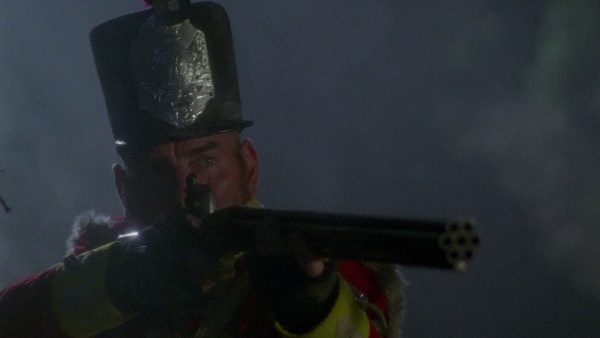 Hakeswill fires the Nock Gun, trying to kill Sharpe in the confusion of a night attack. 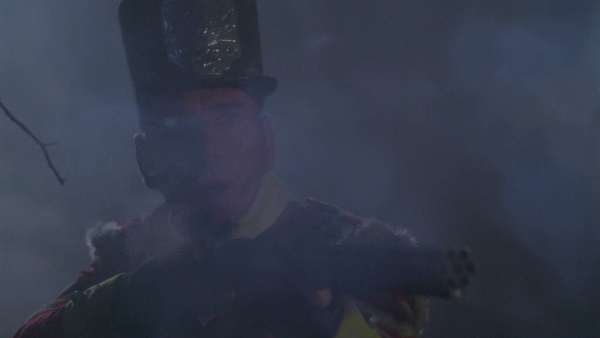 Hakeswill looks up from the smoking Nock Gun, surprised that he missed Sharpe. 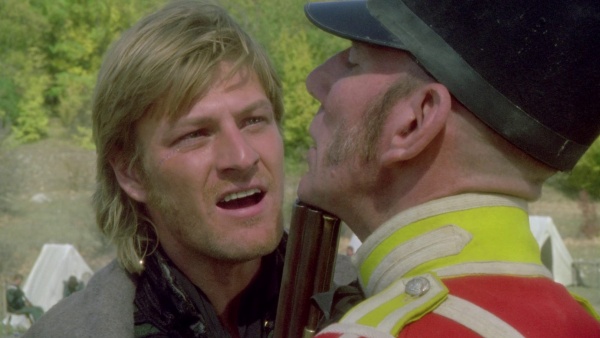 Sharpe (Sean Bean) holds the Nock Gun under Hakeswill's chin, after "noticing" that the weapon has carelessly been left loaded and rammed. 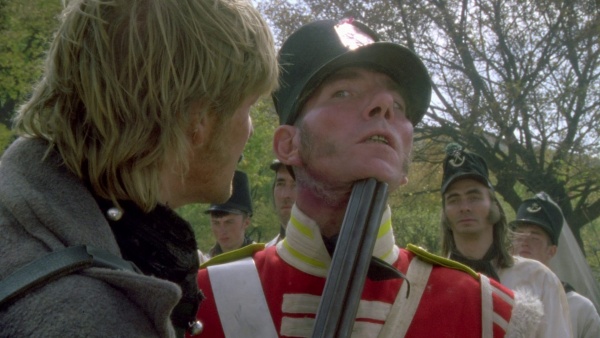 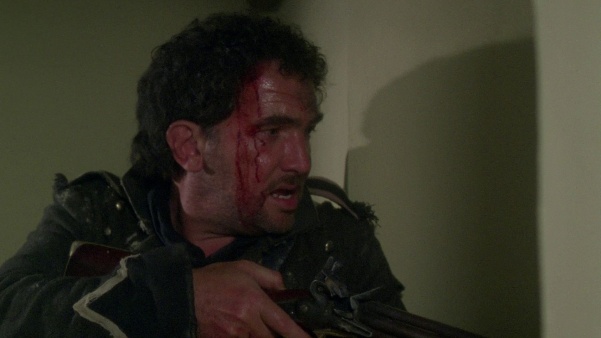 Harper looks up in disbelief from his Nock Gun, after scoring a direct hit on Hakeswill, yet somehow failing to kill him.

The Flintlock Pistol is seen usually carried by British officers. Sgt. Hakeswill (Pete Postlethwaite) takes one during the battle and threatens Teresa and her uncle with it. Teresa's uncle, Don Moreno (Peter Birrel) also aims his Flintlock Pistol at Hakeswill. 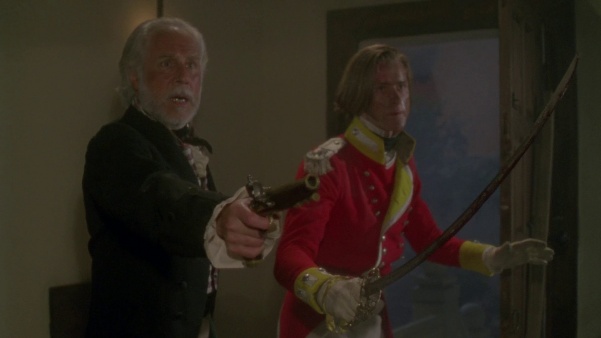 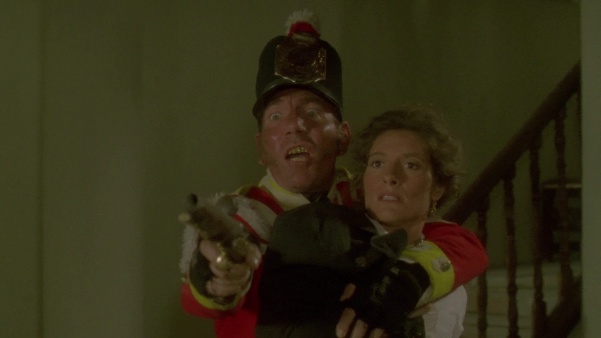 Hakeswill (Pete Postlethwaite) aims at Harry Price (Scott Cleverdon) with a pistol, while holding Teresa (Assumpta Serna) hostage.
N.B. Cleverdon and Serna met during the filming of this episode, and married the same year.

Cannons are used throughout the series. 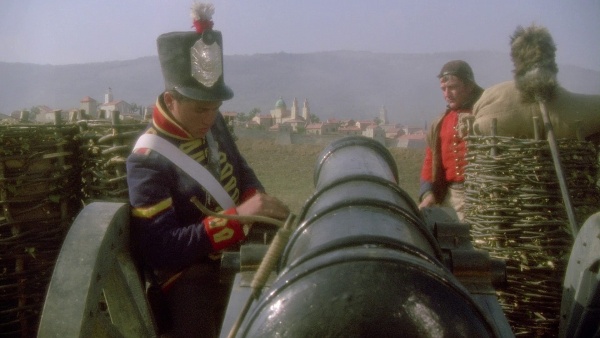 A cannon about to be fired on the French fortress of Badajoz.