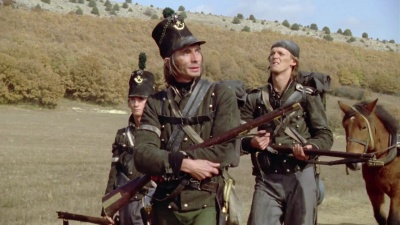 John Tams is an English actor, musician, songwriter, and composer, who is probably best known as reformed poacher Daniel Hagman in the Sharpe series, for which he also co-wrote the music and performed several Napoleonic-era ballads.