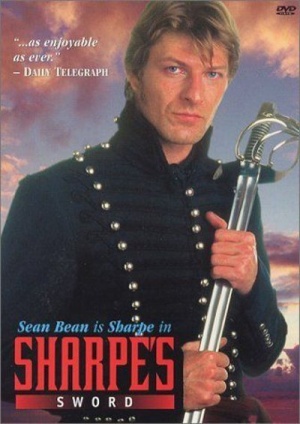 Sharpe's Sword is the eighth episode of the Carlton UK series Sharpe, starring Sean Bean as Captain Richard Sharpe, the officer of a small Rifles detachment during the Napoleonic Wars. Sharpe and his men pursue Captain Leroux (Patrick Fierry), a French spy who takes refuge in a heavily defended fort after killing Sharpe's commanding officer.

The following weapons were used in the television series Sharpe's Sword: 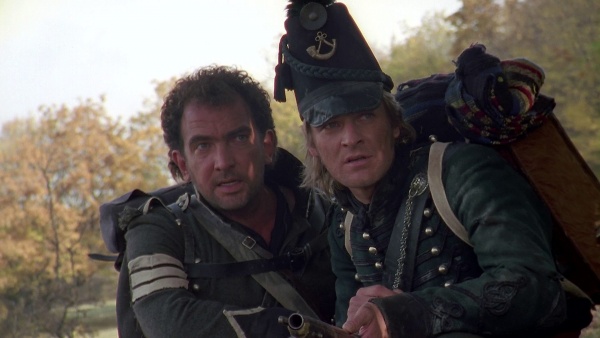 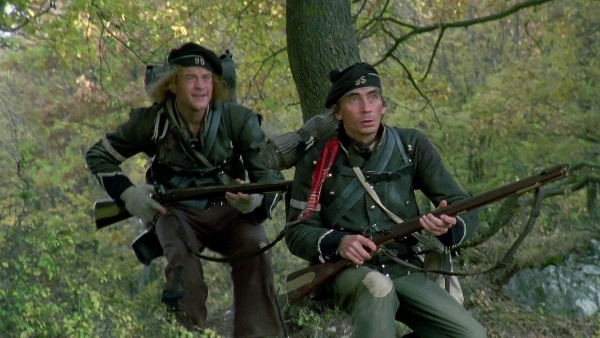 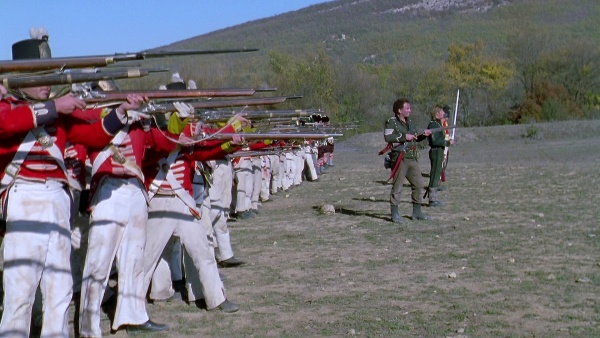 "Halt! Make ready!"'
At Sharpe's command, the redcoats aim their muskets and fire a volley before charging the fort. 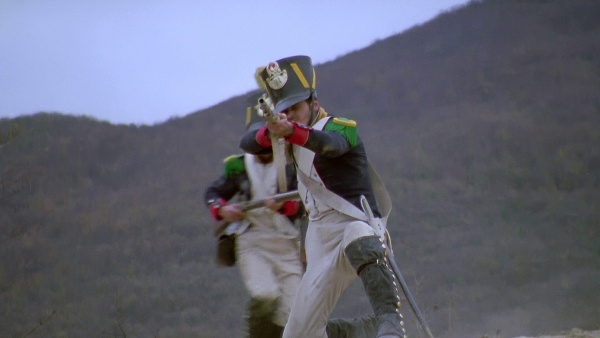 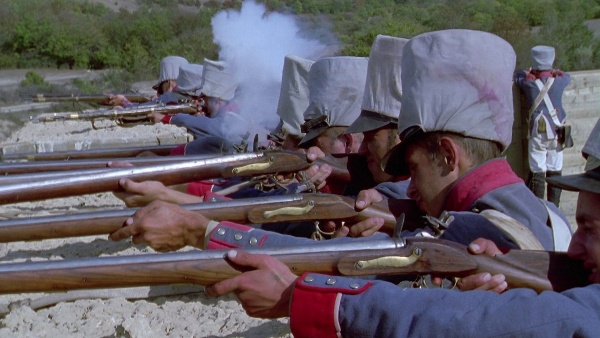 French soldiers defending the fort fire at the approaching British.

Some of the muskets in this episode are actually dressed up Mosin Nagant rifles. The Mosins were likely quite easy to source due to filming in Ukraine, and were modified lightly to blend in with the other muskets. 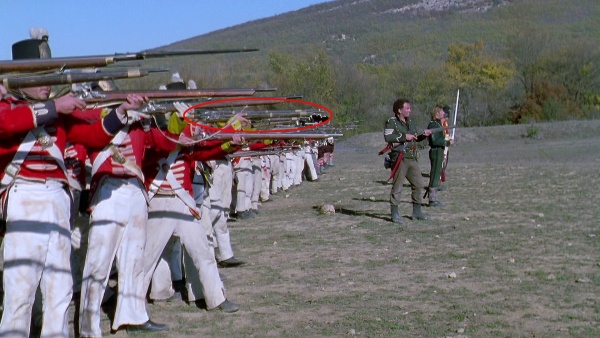 Seen in this screenshot a couple muskets back. Note: the front sight, sling escutcheons and finger-grooves in the stock. 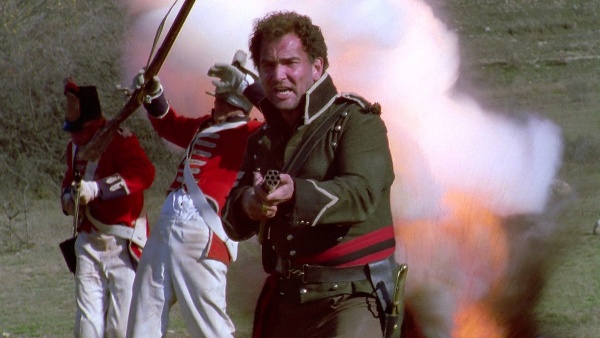 Harper leads the advance against the French fort with his Nock Gun in hand. 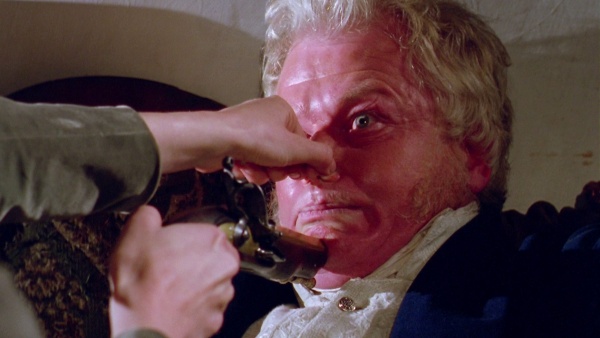 Lass pinches Simmerson's nose, forcing him to swallow the coin he offered her in exchange for sex... 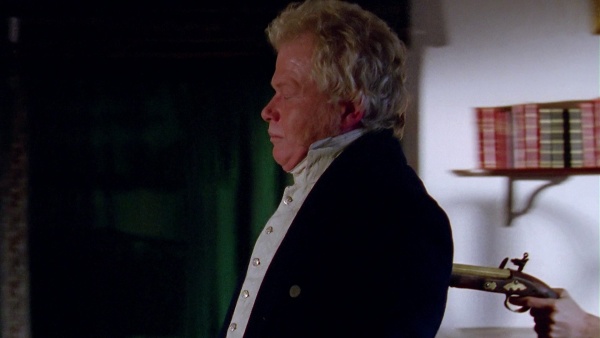 ...then marches him out at gunpoint. 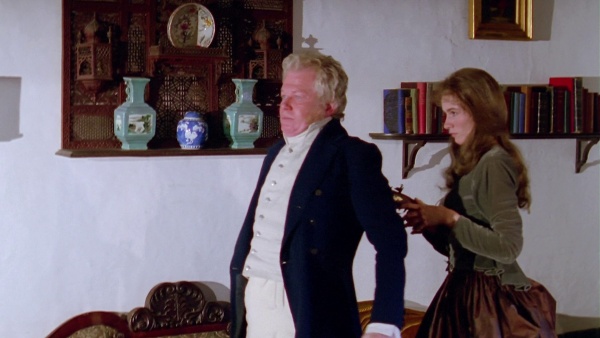