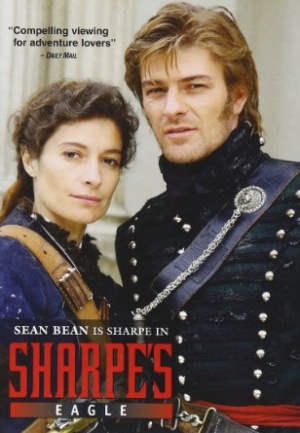 Sharpe's Eagle is the second episode of the Carlton UK series Sharpe, starring Sean Bean as Captain Richard Sharpe, the officer of a small Rifles detachment during the Napoleonic Wars. Sharpe and his "Chosen Men" are attached to the newly-formed South Essex Regiment, made up of raw recruits and commanded by the cruel, cowardly, and incompetent Sir Henry Simmerson. After the regiment disgraces itself by losing its flag standard in a minor skirmish with the French, Sharpe vows to regain the regiment's honor by capturing an Imperial Eagle standard from the French in the Battle of Talavera.

The following weapons were used in the television series Sharpe's Eagle: 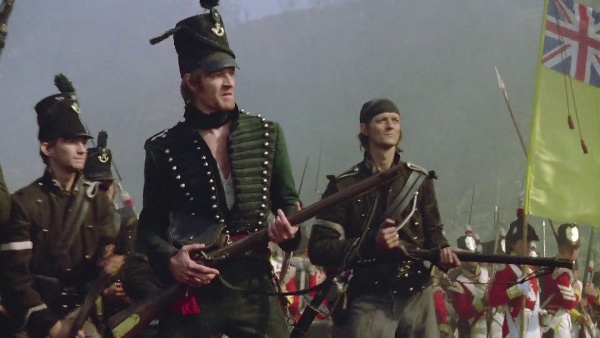 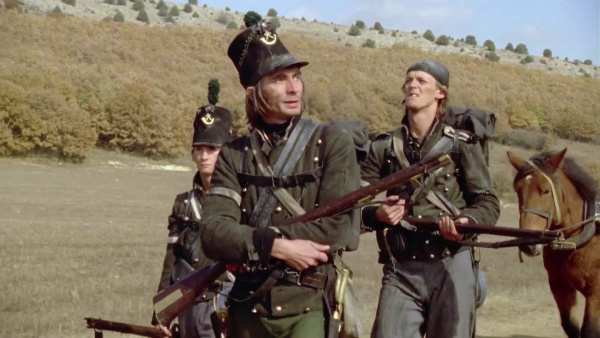 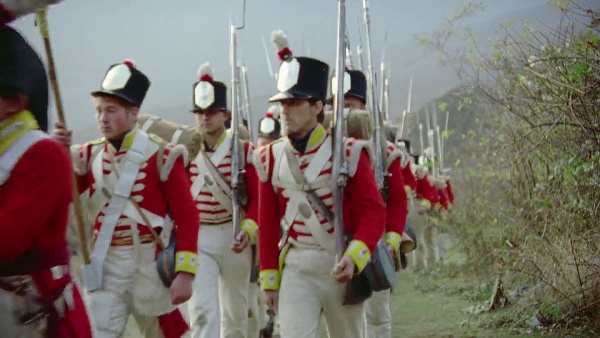 The South Essex on the march with their muskets. 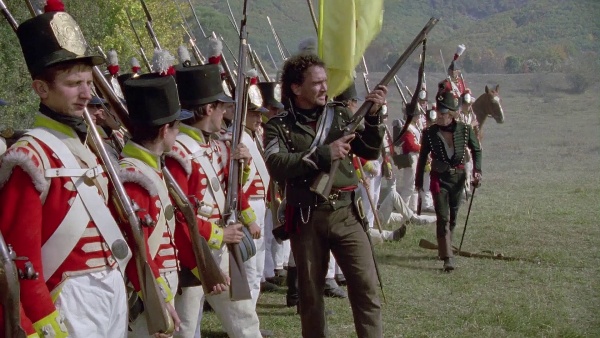 During the Battle of Talavera, Sharpe marches along the firing line of the South Essex, steadying them after their colonel panics and orders a hasty retreat.

The standard long arm issued to French infantry soldiers is the Charleville Musket. 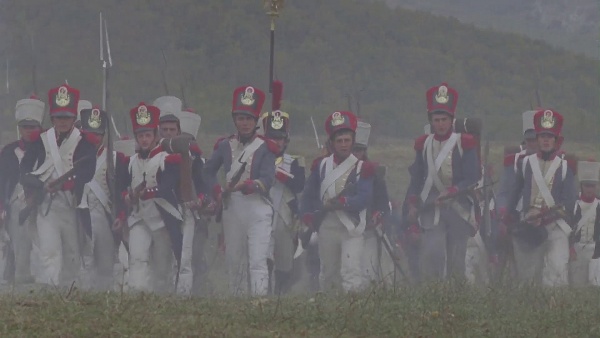 French soldiers with their muskets. 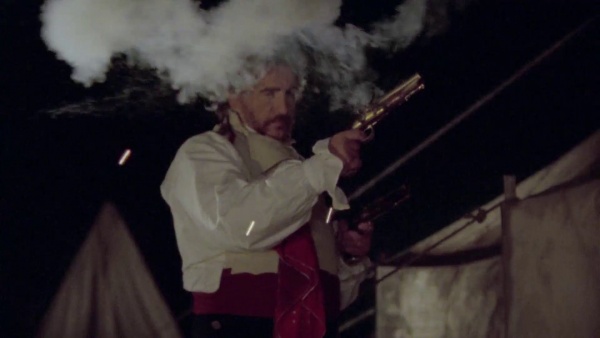 Major Hogan (Brian Cox) fires a pistol into the air to break up the fight between Sharpe and Berry, and holds a second to make sure they obey. 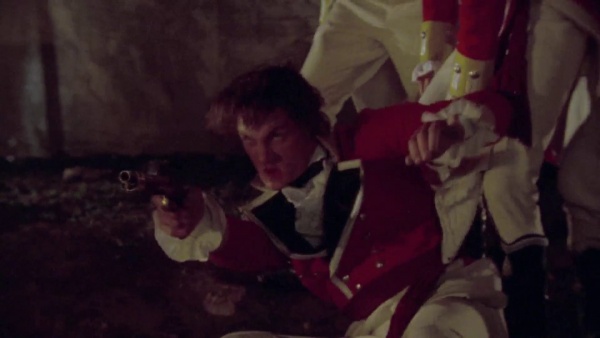 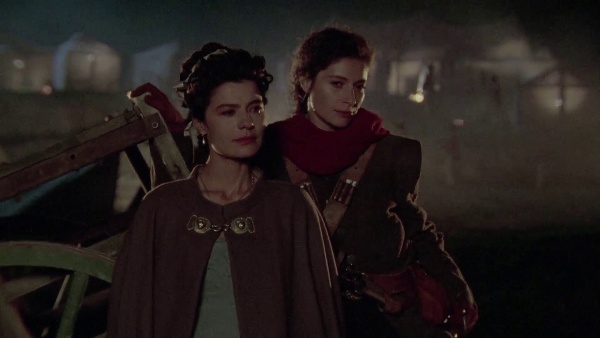 Teresa's pistol is visible in her belt when she approaches Countess Josefina (Katia Caballero).
Retrieved from "https://www.imfdb.org/index.php?title=Sharpe%27s_Eagle&oldid=1335071"
Categories: