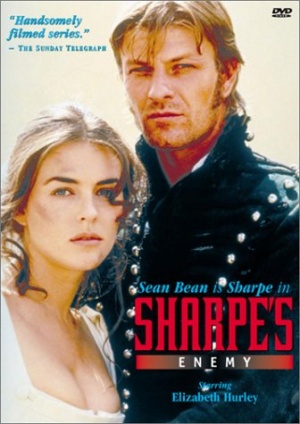 Sharpe's Enemy is the fourth episode of the Carlton UK series Sharpe, starring Sean Bean as Captain Richard Sharpe, the officer of a small Rifles detachment during the Napoleonic Wars. It was filmed on location in the Ukraine and the Crimea. The episode follows Sharpe and his company in their efforts to rescue two women hostages from an "army" of deserters camping along the Portuguese border.

The following weapons were used in the television series Sharpe's Enemy: 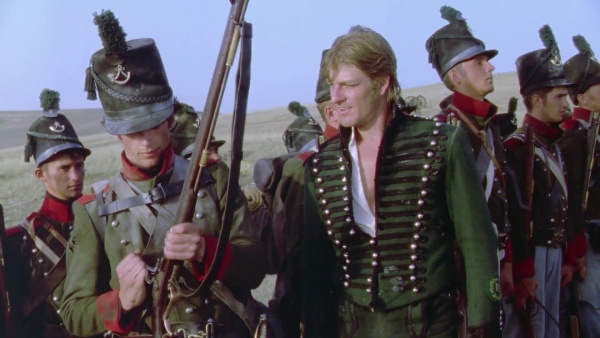 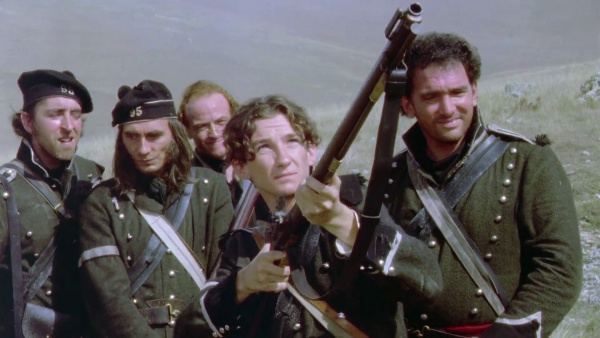 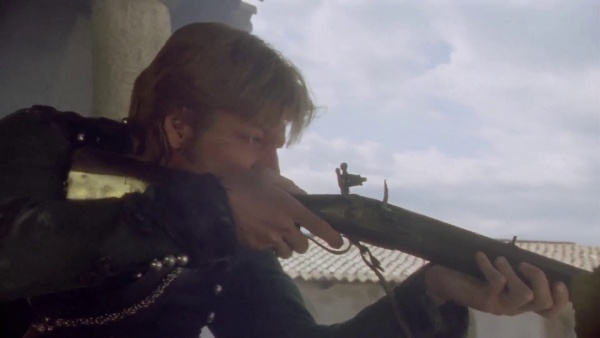 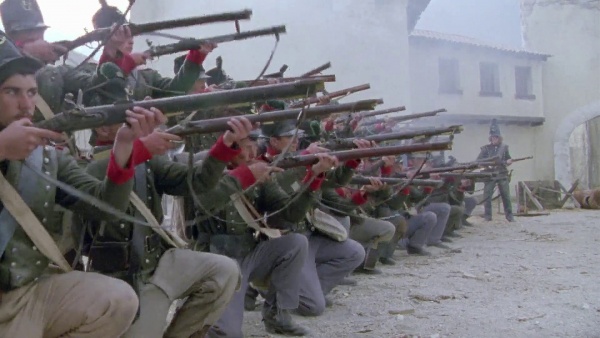 The 60th Rifles lie in wait on the other side the door the escaping deserters are so desperately trying to break through. 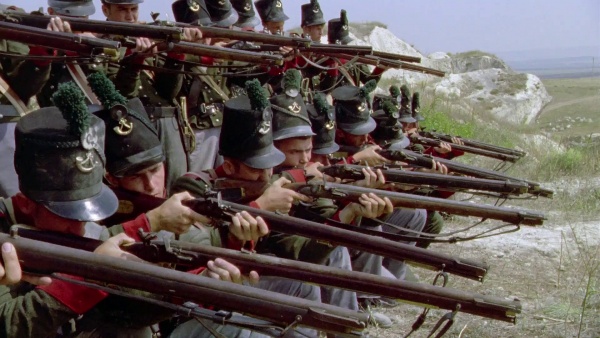 The 60th Rifles fire their Bakers at the approaching French. 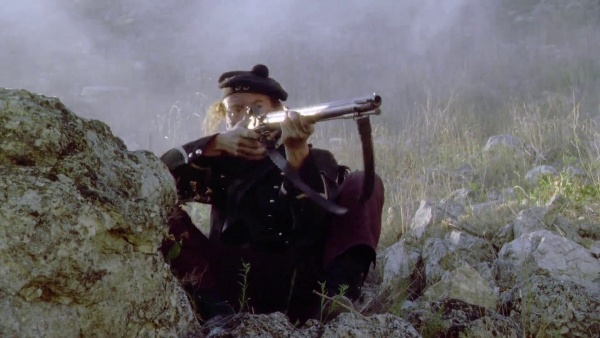 Harris (Jason Salkey) picks off an officer in the approaching French column. 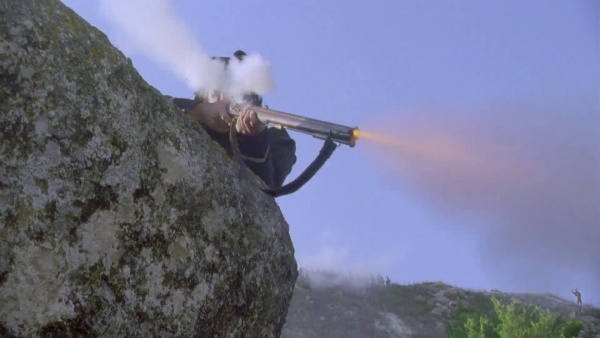 Cooper (Michael Mears) does the same. 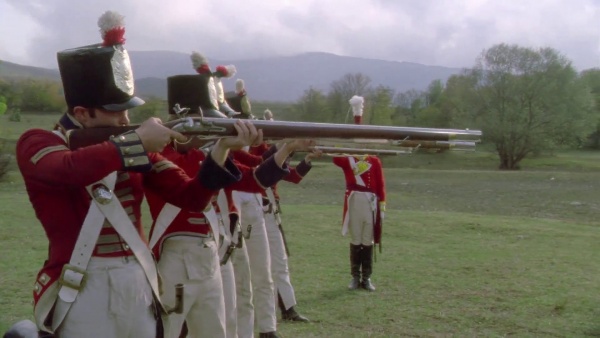 A firing squad takes aim with their muskets.

The advancing French soldiers carry Flintlock muskets which appear to be stunt replicas. 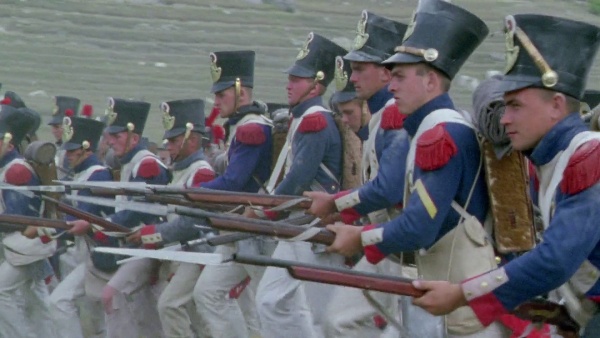 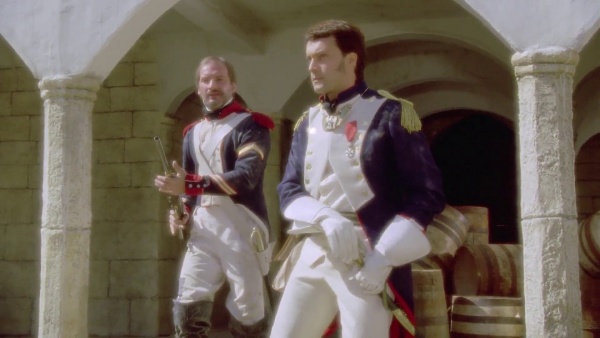 Bigeard on the left with his carbine.

A Pocket Flintlock is used by Col. Sir Augustus Farthingdale (Jeremy Child) to get Harper's attention. 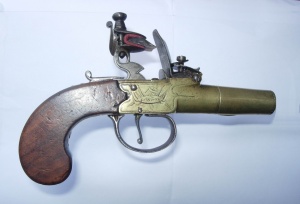 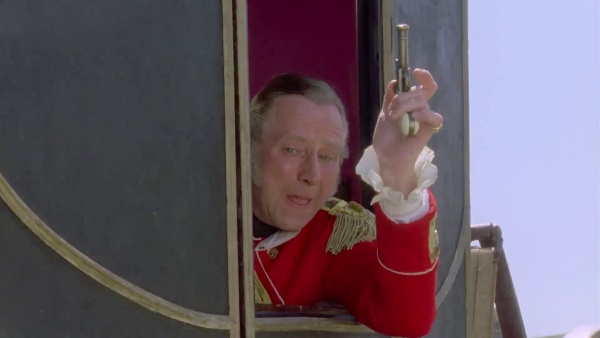 Sir Augustus Farthingdale (Jeremy Child) fires his pistol (little more than a noisemaker) into the air to get Harper's attention. 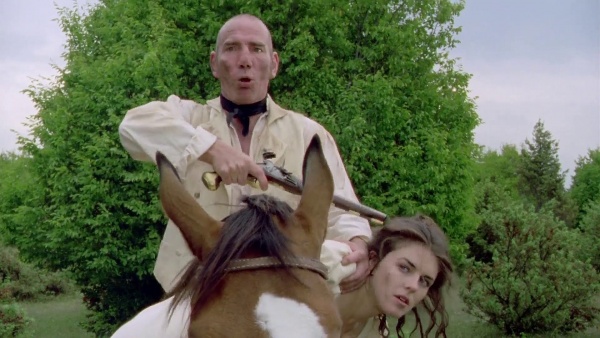 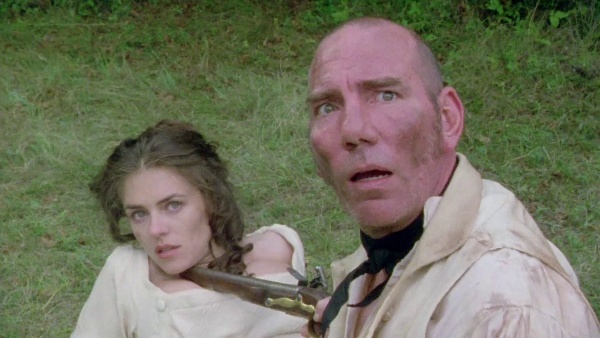 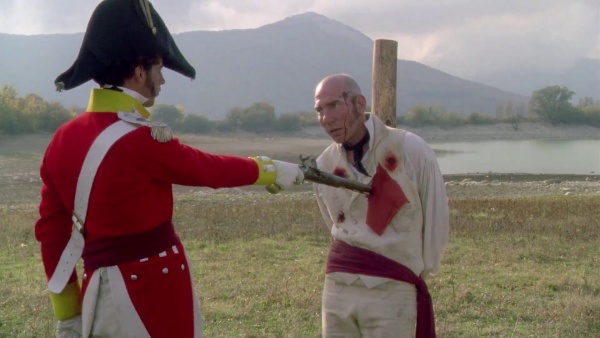 An officer administers the coup de grâce to Hakeswill.

Col. Dubreton (François Guétary) and "Marshall" Pot-Au-Feu (Tony Haygarth) carry Model 1777 Cavalry Officer Flintlock Pistols. They are early pattern pistols fitted with a belt hook down the left side of the barrel. 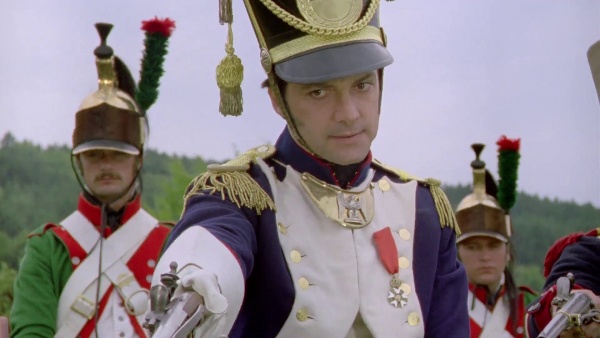 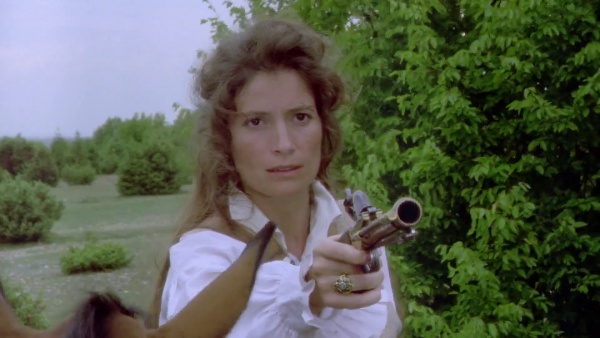 Teresa (Assumpta Serna) is forced to lower her pisto during a confrontation with Hakeswill.

One of the more bizarre weapons featured in the episode is the Rocket artillery invented by Sir William Congreve (1772-1828). The Prince-Regent of England (the future King George IV) was so awed by these weapons that he insisted on sending a troop of them to the Duke of Wellington's Peninsular Army. But since neither Congreve nor anyone else had any concept of aerodynamics, the rockets had no fins, or other stabilizers attached, and thus were wildly inaccurate.

The rockets were sporadically used in British Army engagements in the following years, including during the War of 1812 against the United States, inspiring the phrase "the rockets' red glare" in "The Star-Spangled Banner", the American National Anthem.

However, Sharpe uses them to surprising effect when fighting off a French column, since the weapons are more terrifying than conventional artillery, and because a French column is such a large, tightly-packed mass of men that the rockets cannot fail to hit part of it. 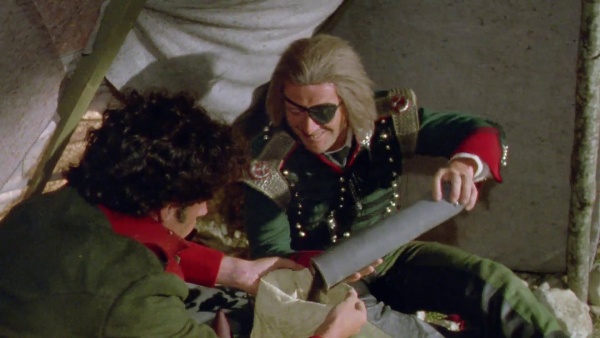 Captain Frederickson (Philip Whitchurch) empties one of the rocket canisters into a sack, making a set of improvised grenades. 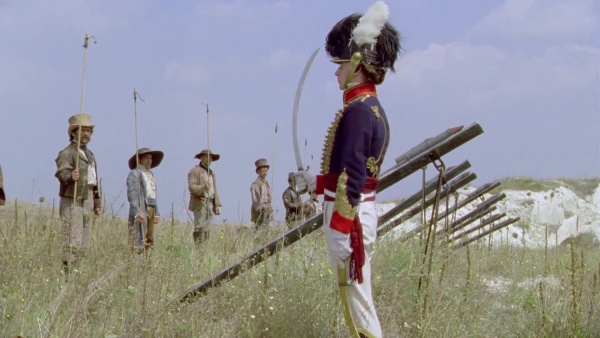 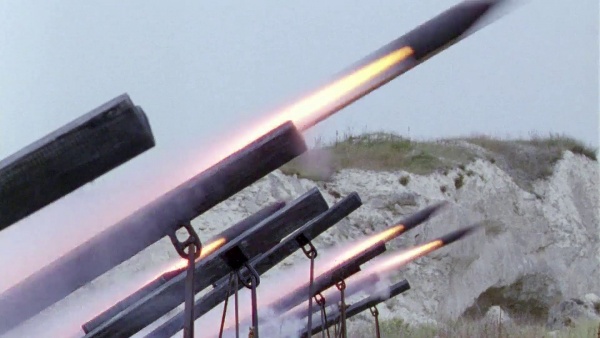