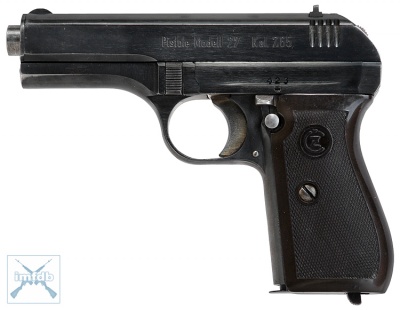 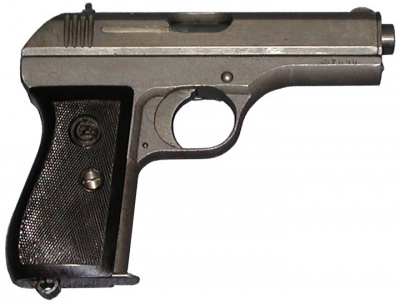 The Czech CZ27 pistol was manufactured by Česká Zbrojovka in Strakonice, Czechoslovakia before World War II , chambered for the 7.65mm round. When Nazi Germany occupied Czechslovakia, the CZ 27 (actually correctly referred to as vz 27 to indicate 'Model 27' but called CZ after WWII) was produced for Germany and adopted by the Polizei and Wehrmacht as the P27. The pistol continued production until the mid-1950s.